About Hungarians, who were not taken prisoner near Voronezh 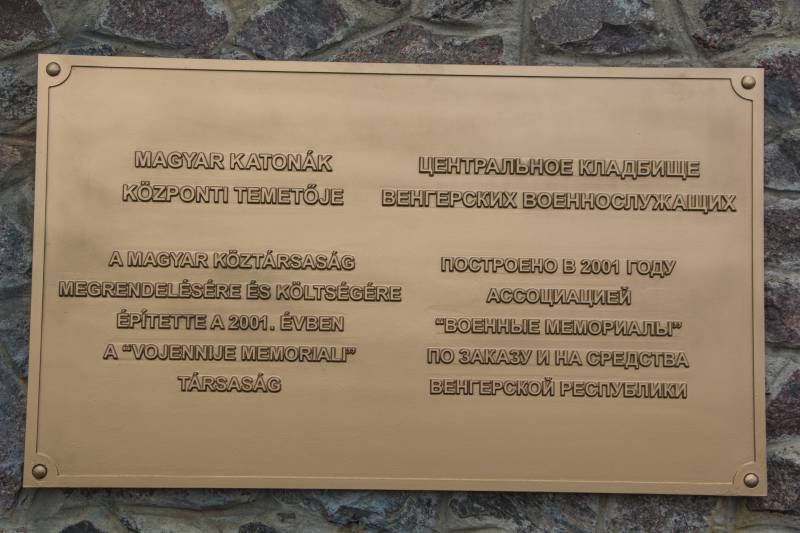 The message on “VO” that the Minister of Defense of Hungary visited Voronezh aroused interest. Some of the readers expressed surprise at this fact and the fact that there are burial places of Hungarian soldiers in the region.

We will tell about one of these graves.

Actually, the story about him was already three years ago, but everything changes, people come, it is not always possible to catch everything. So again.

Already 27 June 1941, the Hungarian planes bombed the Soviet frontier posts and the city of Stanislav. 1 July 1941 The border of the Soviet Union was crossed by parts of the Carpathian group with a total of more than 40 000 people. The most combat-ready unit of the group was the Mobile Corps under the command of Major General Bela Danlock-Miklos. 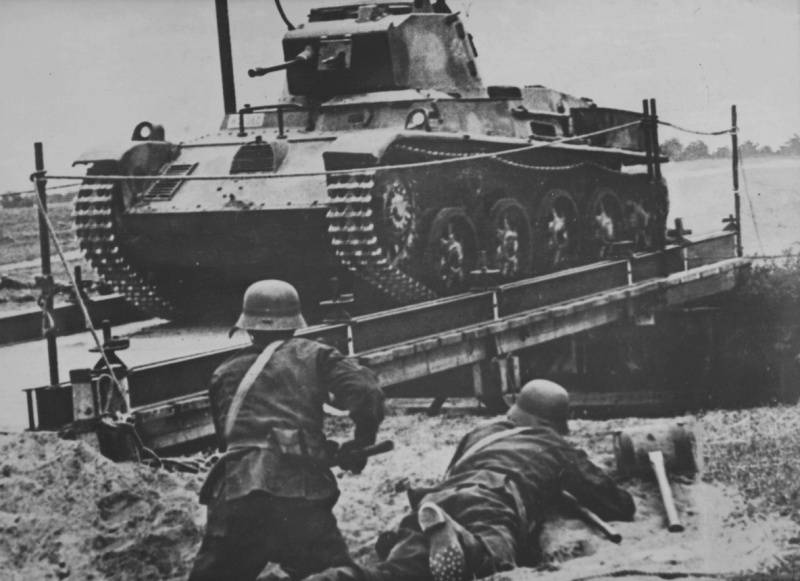 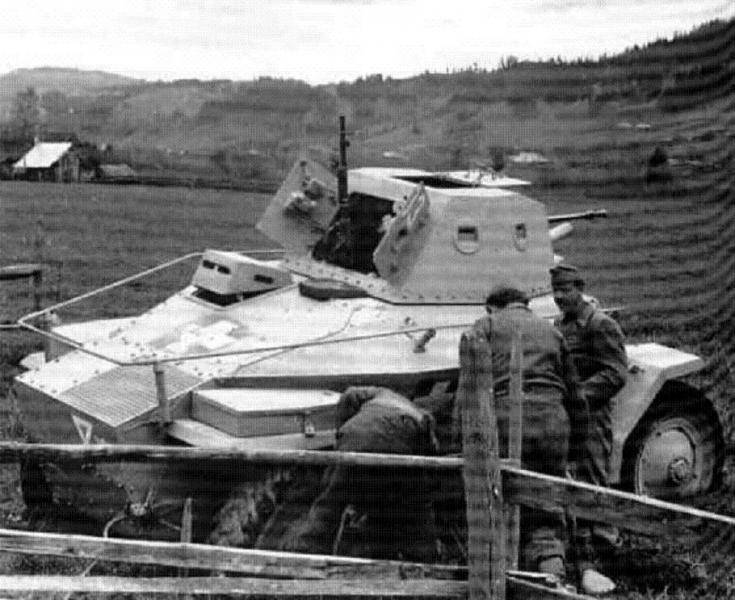 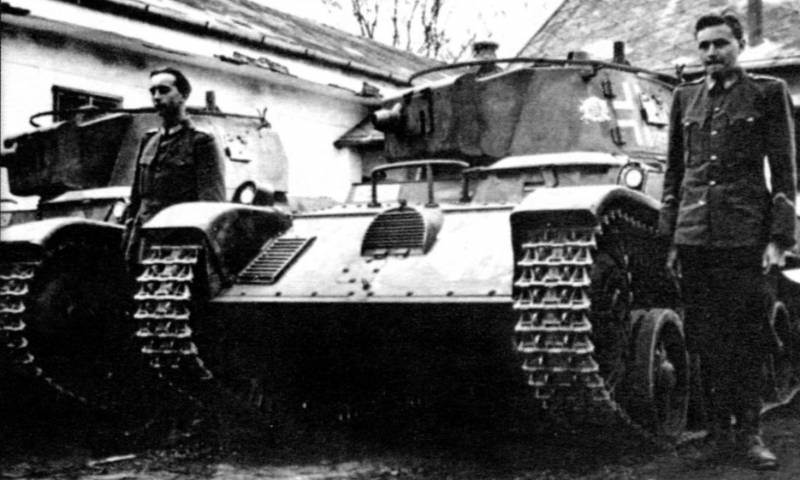 By July 9 1941, the Hungarians, having overcome the resistance of the Soviet Army 12, advanced deep into enemy territory by 60-70 km. On the same day, the Carpathian group was disbanded. The mountain and frontier brigades that did not keep up with the motorized units were supposed to perform guard functions in the occupied territories, and the Mobile Corps came under the command of Field Marshal Carl von Rundstedt, commander of the German Army Group South.

On July 23, the Hungarian motorized units launched an offensive in the Bershad-Gayvoron area in cooperation with the German 17. In August, a large group of Soviet troops was surrounded by Uman. The encircled units were not about to give up and made desperate attempts to break through the encirclement ring. The Hungarians played an almost decisive role in the defeat of this group. 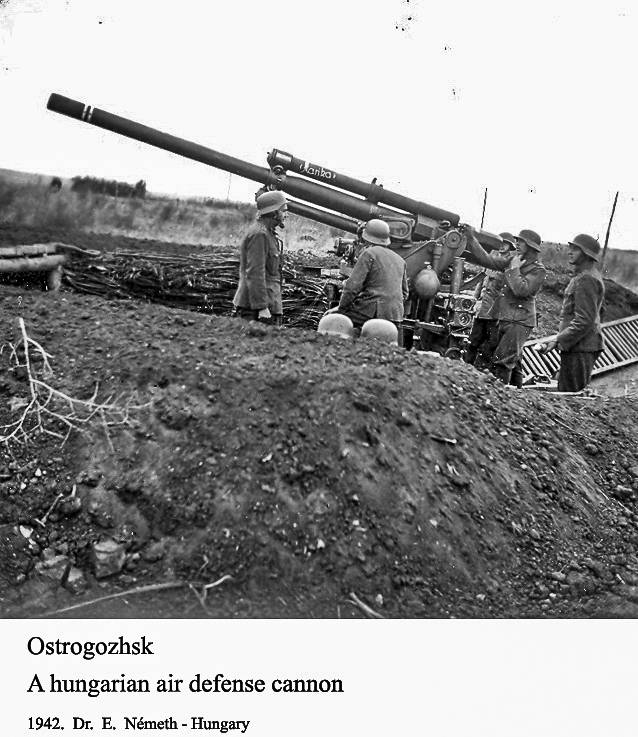 The Hungarian Mobile Corps continued the offensive along with the troops of the 11 of the German army, participating in heavy fighting near Pervomaisk and Nikolayev. September 2 German-Hungarian troops captured after a fierce street fighting Dnepropetrovsk. Hot battles broke out in the south of Ukraine in Zaporozhye. Soviet troops repeatedly launched counterattacks. So in the course of a bloody battle on the island of Khortytsa, the whole Hungarian infantry regiment was completely destroyed.

In connection with the growth of losses, the warlike ardor of the Hungarian command decreased. 5 September 1941, General Henrik Werth was removed from his post as Chief of General Staff. His place was taken by the infantry general Ferenc Szombathely, who believed that it was time to curtail the active hostilities of the Hungarian troops and withdraw them to protect the borders. But they managed to achieve this from Hitler only by promising to isolate the Hungarian units for the protection of supply lines and administrative centers in the rear of the German army.

Meanwhile, the Mobile Corps continued to fight at the front, and only 24 in November 1941 went to Hungary for the last parts. Corps losses on the Eastern Front made 2700 people killed (including 200 officers), 7500 wounded and 1500 missing. In addition, all tank shoes were lost, 80% light tanks, 90% armored vehicles, more 100 vehicles, some 30 guns and 30 aircraft.

At the end of November, "light" Hungarian divisions began to arrive in Ukraine to carry out police functions in the occupied territories. The headquarters of the Hungarian "Occupation Group" was located in Kiev. Already in December, the Hungarians began to be actively involved in anti-partisan operations. Sometimes such operations turned into very serious fighting clashes. An example of one of such actions is the defeat of December 21 by the partisan detachment of General Orlenko. Hungarians managed to surround and completely destroy the enemy base. According to Hungarian data, about 1941 partisans were killed.

In early January, 1942 of Hitler demanded that Horthy increase the number of Hungarian units on the Eastern Front. It was originally planned to send at least two-thirds of the entire Hungarian army to the front, but after negotiations the Germans reduced their demands.

An 2 Hungarian army with a total strength of about 250 was formed to send to Russia. 000 people under the command of Lieutenant General Gustav Jan. It consisted of 3, 4 and 7 army corps (in each there were three light infantry divisions, similar to 8 conventional divisions), 1 tank division (in fact, the brigade) and 1 air regiment (in fact ). 11 April 1942. The first units of the 2 Army set off on the Eastern Front.

28 June 1942 The German 4-I tank and 2-I field armies launched an offensive. Their main goal was the city of Voronezh. The offensive was attended by the troops of the 2 of the Hungarian army - the 7 of the army corps.

9 July the Germans managed to break into Voronezh. The next day, south of the city, the Hungarians came out and entrenched to the Don. During the battles, only one 9 light division lost 50% of its personnel. The German command set the task before the 2 of the Hungarian army to eliminate three bridgeheads that remained in the hands of the Soviet troops. The most serious threat was the Uryvsk bridgehead. On July 28, the Hungarians made the first attempt to throw his defenders into the river, but all attacks were repulsed. Fierce and bloody battles flared up. 9 August Soviet units launched a counter-strike, pushing forward Hungarian units and expanding the bridgehead at Uryvom. 3 September 1942 of the Hungarian-German troops managed to push the enemy beyond the Don near the village of Korotoyak, but in the area of ​​Uriv the Soviet defense held out. After the main forces of the Wehrmacht were redeployed to Stalingrad, the front stabilized here and the battles assumed a positional character.

13 January 1943 on the positions of the 2 of the Hungarian army and the Alpine Italian Corps was attacked by the troops of the Voronezh Front with the support of the 13 of the Bryansk Front and the 6 of the South-Western Front.

The very next day, the defense of the Hungarians was broken through, some parts were in panic. Soviet tanks entered the operational field and smashed headquarters, communications centers, ammunition depots and equipment. Entering the 1 of the Hungarian Tank Division and units of the 24 of the German Tank Corps did not change the situation, although their actions slowed down the pace of the Soviet offensive. During the battles in January-February 1943, the 2-I Hungarian army suffered catastrophic losses.

All tanks and armored vehicles were lost, virtually all artillery, the level of personnel losses reached 80%. If this is not a rout, then it’s difficult to call it something else.

Inherited the Hungarians great. To say that they were hated more than the Germans is not to say anything. The tale that General Vatutin (bow to him and eternal memory) gave the order “do not take Hungarians in captivity” is absolutely not a fairy tale, but a historical fact.

Nikolai Fedorovich could not remain indifferent to the stories of the delegation of residents of the Ostrogozhsky district about the atrocities of the Hungarians, and, perhaps, in the hearts, threw this phrase.

However, the phrase spread in parts lightning. Evidence of this is the stories of my grandfather, a fighter 41 cn 10 division of the NKVD, and after injury - 81 cn 25 guards. page divisions. The fighters, being aware of what the Hungarians were doing, took it as an indulgence. And acted with the Hungarians, respectively. That is, they did not take prisoner.

Well, if, according to my grandfather, they were “especially smart”, then the conversation with them was also short. In the near ravine or forest. "We pinned them ... When trying to escape."

As a result of the battles on Voronezh land, the 2-I Hungarian army lost about 150 thousands of people, virtually all the equipment. What was left was already unrolled on the land of Donbass.

Today in the Voronezh region there are two mass graves of Hungarian soldiers and officers. 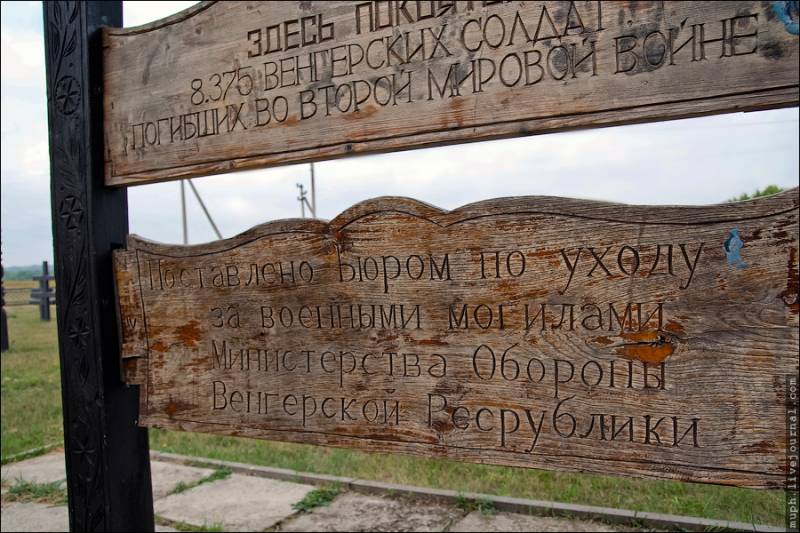 In Boldyrevka, more than 8 of thousands of Honved soldiers are buried. We have not been there, but we will definitely visit the 75 anniversary of the Ostrogozhsk-Rossosh operation. As well as the town of Korotoyak, whose name in Hungary is known to virtually every family. As a symbol of grief. 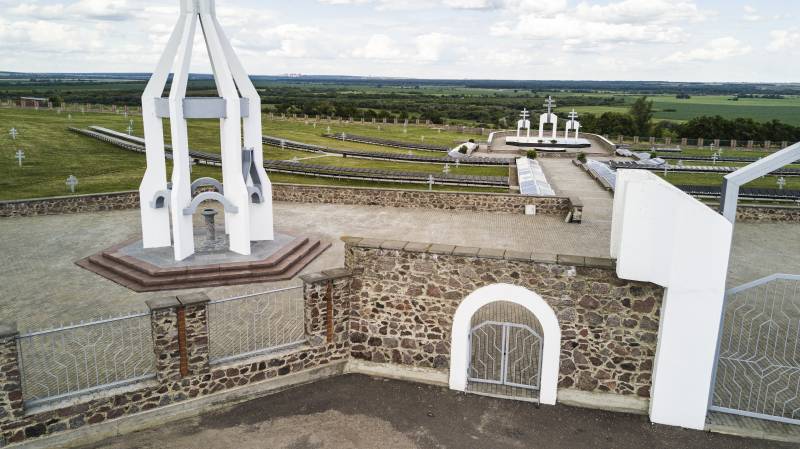 The memorial is always closed, it is opened only when delegations from Hungary arrive. But for the aircraft there are no obstacles, and we used a drone. 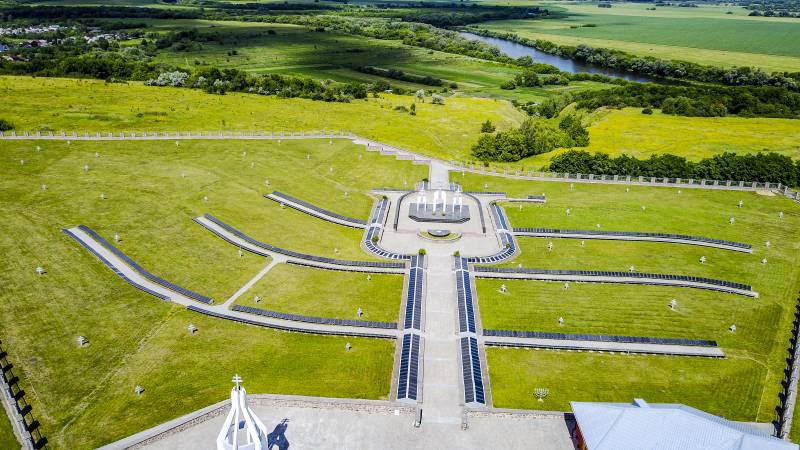 How many Hungarians lie here is hard to say. On each plate - 40-45 surnames. How many plates can be counted, but difficult. 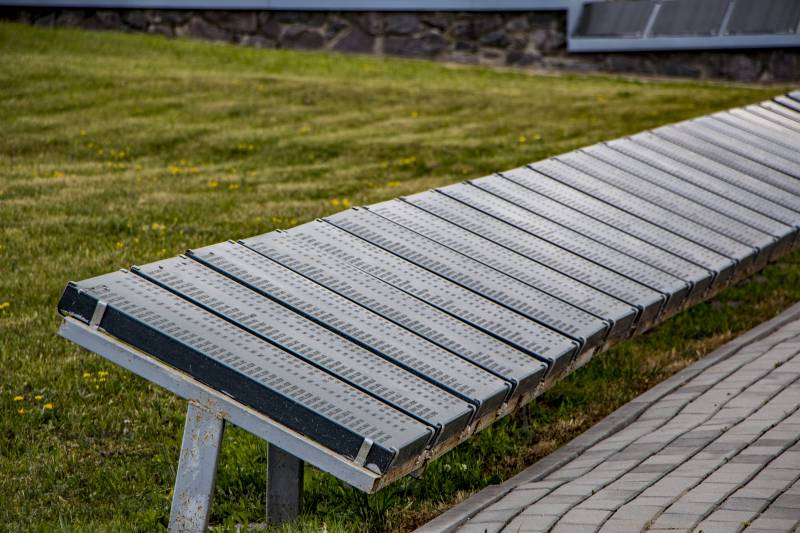 I tried. It turned out that here approximately from 50 to 55 thousands are laid to rest. And plus 8,5 thousand in Boldyrevka. 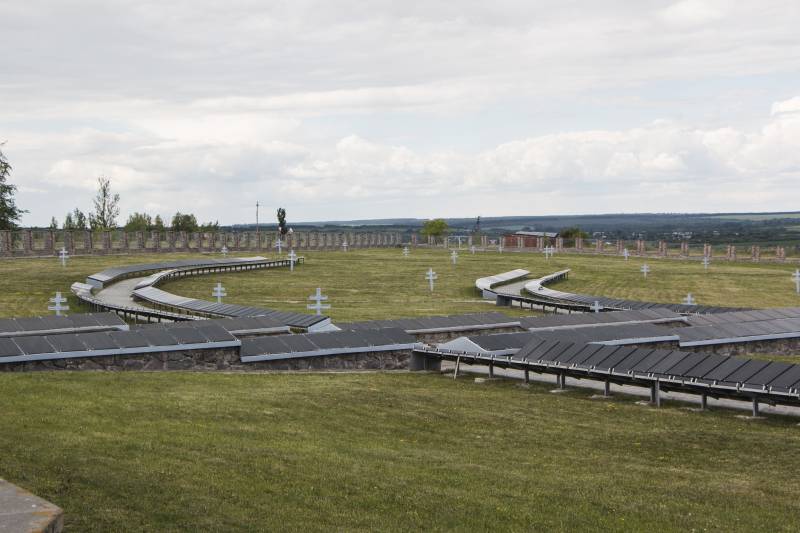 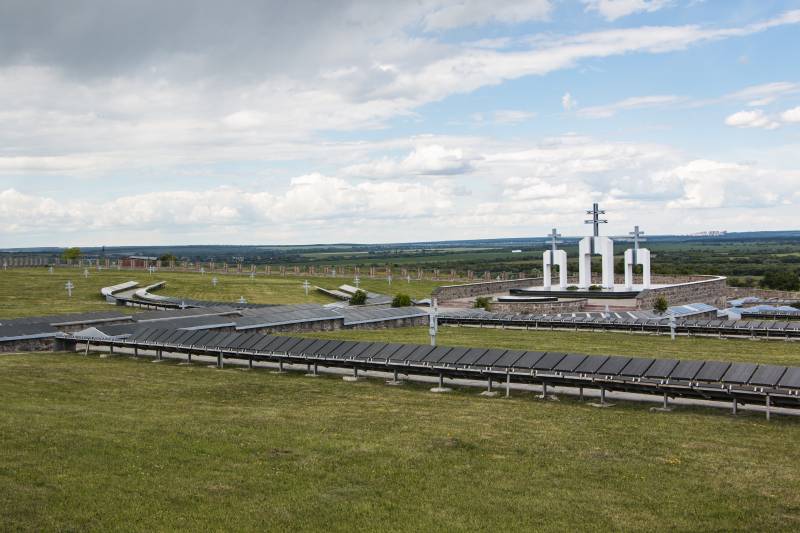 Where are the others? And all the same, on the banks of the Don-priests. 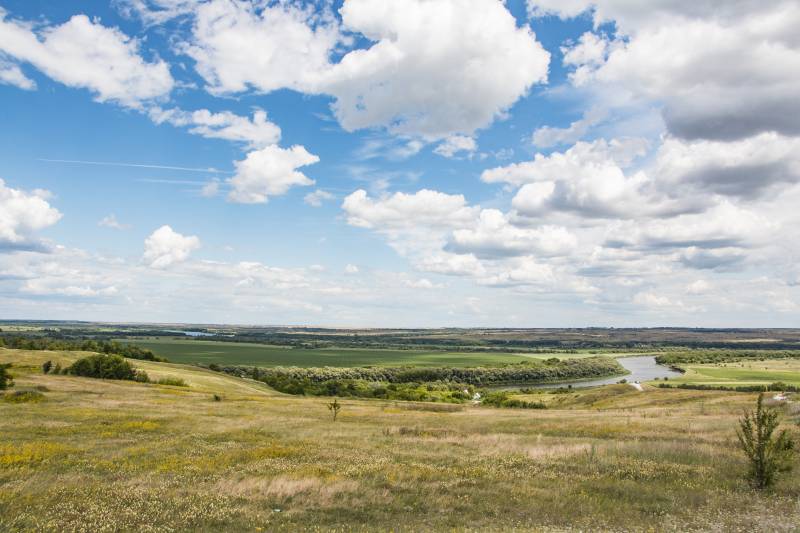 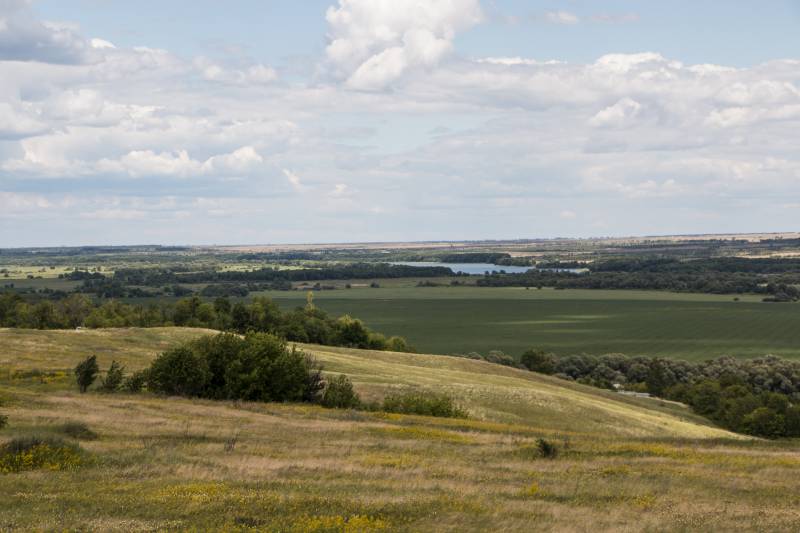 The moral here is simple: whoever comes to us with a sword, will be bent anyway. 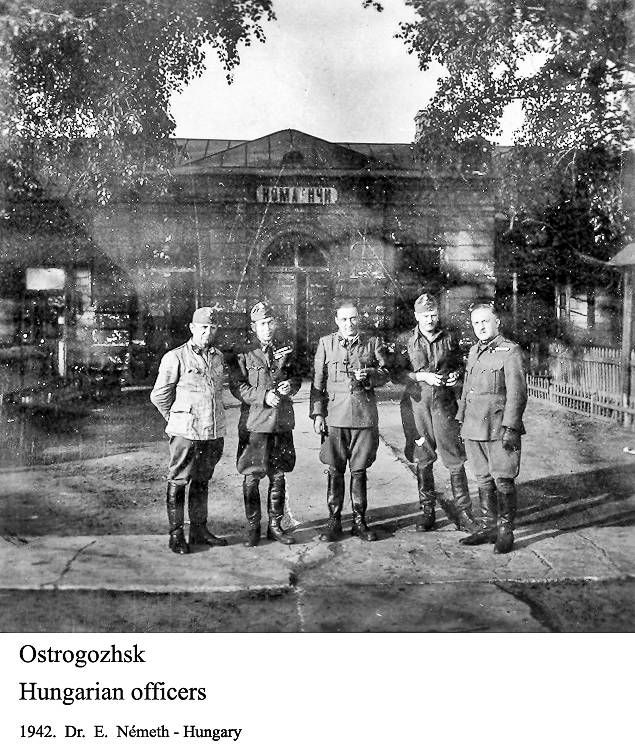 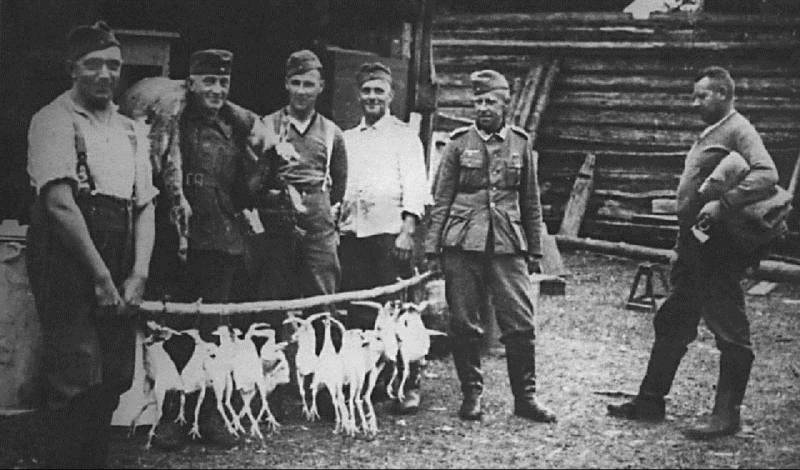 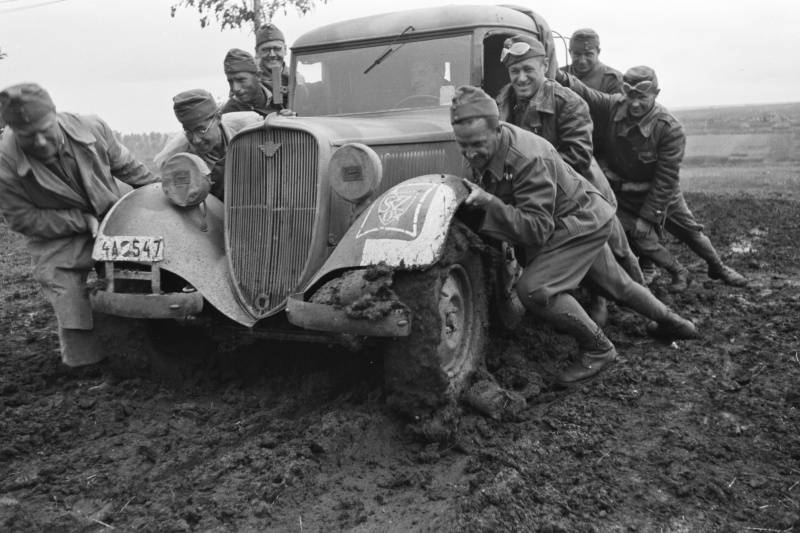 Some people find it unpleasant that cemeteries of Hungarians, Germans and Italians exist like this. Well maintained such.

But: we, Russians, do not fight with the dead. The Hungarian government contains (albeit with our hands) the cemeteries of its soldiers. And there is nothing wrong with that. All within the framework of a bilateral intergovernmental agreement on the maintenance and care of war graves.

So let the Hungarian warriors lie under marble slabs, in a rather beautiful corner of the Don's bend.

As an edification to those who suddenly come up with utter nonsense.