July 8 2017
118
Russian President V.V. Putin, at the end of the G20 summit, spoke at the final conference in Hamburg, where he highlighted some aspects of the work of the G20. In particular, the President of the Russian Federation reported that the main topics at the G20 summit were money laundering, tax evasion and the fight against terrorism.

The G20 is, first of all, an economic forum, although many issues of a political nature arise and related ones. But, nevertheless, the main theme is the development of the world economy, and this was the main focus

He noted that at the summit they agreed to define the principles of sustainability of the world economy.

It is extremely important to work together on uniform standards. 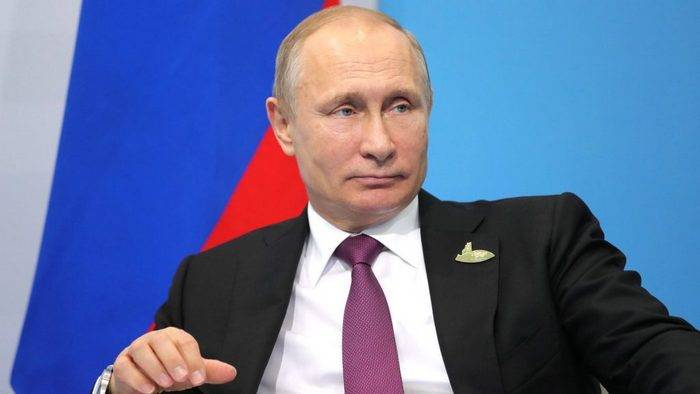 Of course, the main issue was the coverage of the personal meeting of Vladimir Putin and Donald Trump, to which the Russian president said that he had established a personal relationship with Trump, noting that the US president perceives the interlocutor adequately and quickly analyzes. Putin hopes that he will succeed in bringing Russian-American relations out of the crisis. Also during a personal meeting, he assured Donald Trump's American colleague that there was no reason to think that Moscow had interfered in the elections in the United States.
He asked a lot of questions on this topic. I, as far as I was able to answer, answered all these questions. It seems to me that he took note of this and agreed
- Putin said.

One more question, no less important, is relations with Ukraine. In answering this question, Putin said that at present Ukraine has only one product left, which they trade in - this is Russophobia and the topic of separation with Russia, expressing hope that this will someday end.

They have only one product left that they successfully trade in - this is Russophobia. And they also trade in the policy of separating Russia and Ukraine, by dragging the peoples of the two states

According to him, "someone likes it in the West," someone believes that rapprochement "should not be allowed" on any soil of Russia and Ukraine. "

Therefore, the current Ukrainian leadership is actively and unsuccessfully selling these goods. But, I think that this will end someday, we, in any case, are interested in seeing this situation end as soon as possible.
- added the Russian leader.

On the question of interference in the elections in Germany and whether he had a conversation with Chancellor Angela Merkel on this subject, Russian President Vladimir Putin said that there is no need for Russia to interfere in the internal political affairs of Germany, including in the upcoming elections.

These are some provocative questions you ask. I told you, we did not interfere in the United States either. Why do we still have to create some problems here? We have good relations with the Federal Republic. It is our largest trade and economic partner in Europe, one of our leading trading partners in the world.

- Putin said.
Why should we? It was not enough to interfere in the internal political processes.

According to the Russian leader, Russia and Germany are implementing a number of large joint projects, such as Nord Stream 2.
Around him are all sorts of tales, disputes, and even opposition. But you know, it is quite obvious, it is in the interests of the European economy and in the interests of the German economy, which refuses nuclear energy.
- explained the Russian leader.


Regarding Syria, the Russian leader said that the future of Syrian President Bashar Assad should be determined by the Syrian people, regardless of the wishes of the US administration.

Mr. (US Secretary of State Rex - approx. VO)) Tillerson is a respected person, a Russian order carrier, he has the Order of Friendship, we respect him, but he is not a Syrian citizen. And the future of Syria and the future of President Assad, as a political figure, should be determined by the Syrian people.

- Putin said, commenting on the statement of Tillerson that Assad has no future in Syrian political life.

Earlier, Putin took part in the summit events, and on its fields held talks with leaders of other G20 countries, including the first time he met with Trump. Negotiations with the head of the White House took more than two hours, the presidents managed to discuss the situation in Syria, in Ukraine, on the Korean Peninsula, raised the issue of cybersecurity.