Russian Navy warned of firing in the Mediterranean

July 7 2017
16
The ships of the Russian Navy will hold on Friday regular firing in the international waters of the eastern Mediterranean off the coast of Syria, follows from the notice for aviation personnel (NOTAM) and navigation warnings for seafarers.

The Russian Navy will conduct exercises 7 July
- states the NOTAM notice, which provides specific coordinates for the exercise area. In this case, the navigation warning says about the conduct of "training firing." 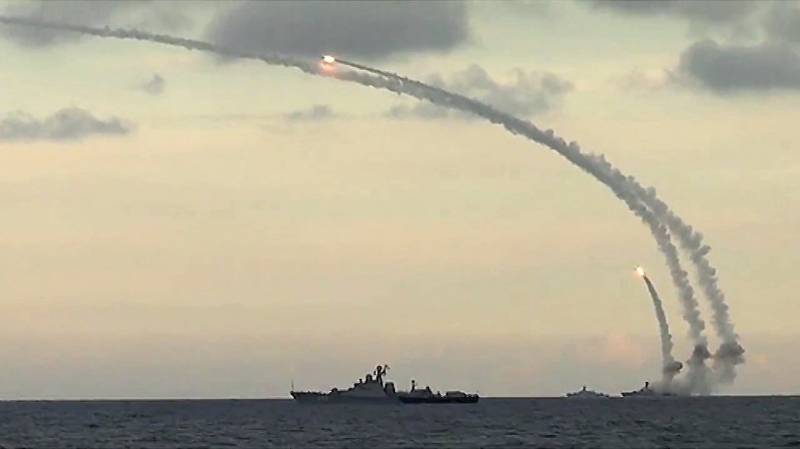 As follows from the reports, firing from Russian ships can be carried out up to 18: 00 MSCs near the border of the territorial waters of Syria in the international waters of the Mediterranean.

On Wednesday, the area was also closed for shooting.

As reported, the same area off the coast of Syria was closed from 18 to 30 June for rocket launches from ships of the Navy off the coast of Syria. 23 June Russian frigates "Admiral Essen" and "Admiral Grigorovich", as well as the submarine "Krasnodar" hit with cruise missiles "Caliber" from the waters of the Mediterranean Sea at the terrorists of the ISIL group in Syria. In total, six cruise missiles were launched.

Prior to this, the area off the coast of Syria was also closed from May 29 to June 4 to conduct missile launches from Russian naval ships. The 31 of May, the Russian frigate Admiral Essen and the submarine Krasnodar from the Mediterranean, launched four Caliber cruise missiles at ISIS terrorists in the Palmyra area.