July 4 2017
6
Tactical and special exercises on the organization of the mass reception of conditionally wounded and sick go to medical institutions of the Ministry of Defense, stationed in Dagestan, Chechnya, North Ossetia and Stavropol Territory, reports Interfax-AVN Post press service of the Southern District. 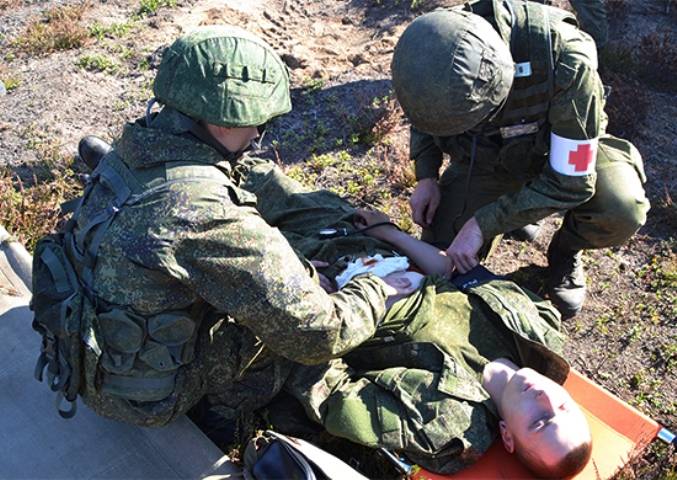 The main goal of the exercises is to teach military medicals to act in emergency situations,
says release.

It is reported that in order to maximize the conditions close to the combat, conditionally injured with combat injuries come to the medical facility: wounded in the head - around 20%, in the neck - 2%, spine and spinal cord - 0,5%, injured in the chest - 9%, in the stomach - about 7%, the vast majority had injured limbs. "

"Of the patients who entered, half were lightly wounded, 30% received moderate injuries and 18% were heavy, and only 2% patients were categorized as extremely severe by specialists," the report said.

According to the information, “within the framework of the exercise, the medical staff will also work out the visits of emergency medical teams outside the medical institution to assist affected people exposed to various chemicals and toxic effects.” For these purposes, “more than 40 extras were involved, imitating the injured from the contaminated area and the patients who received the usual injuries entering the hospital,” the press service added.