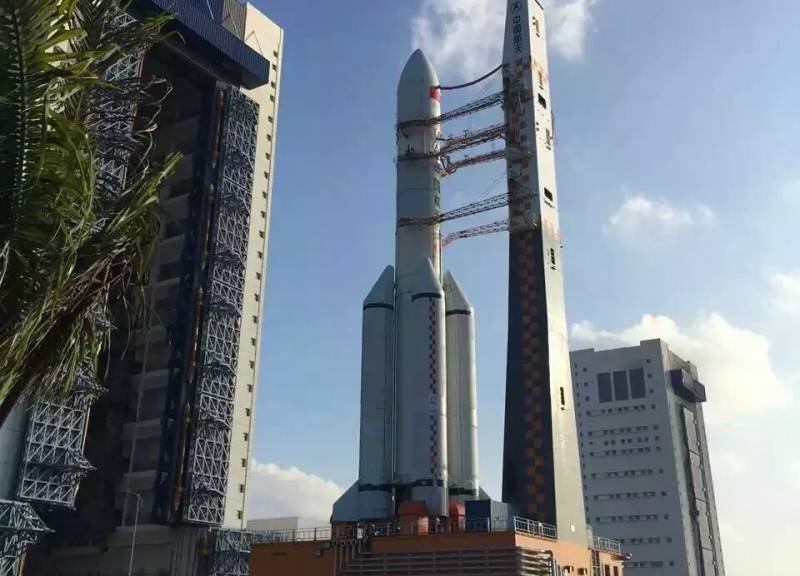 The launch took place today at 19.23 local time (14.23 Moscow time). This is the second launch for the Changzheng-5 and the 250 series launch vehicles for the Long March cruise missiles in general.

The rocket with the Shijian-18 satellite was delivered to the cosmodrome on May 6.

It is reported that in April, the successful launch of "the first of six telecommunications satellites of the Shijian series to provide high-speed wireless Internet in transport." Then with the help of the carrier "Changzheng-3B" the apparatus "Shijian-13" was launched.

Earlier it was reported that this year China intends to put into orbit six telecommunications satellites that will provide high-speed Internet "in transport, particularly in airplanes and high-speed trains."

Help agency: "Changzheng-5" - the most powerful launch vehicle of a new generation of China. Its height is 56,97 meters, the diameter of the main stage - five meters. It is capable of putting tons of cargo into low-Earth orbit 25. The project to develop Changzhen-5 was approved by the State Council of the People's Republic of China in 2006. Liquid oxygen and liquid hydrogen are used as a carrier fuel. ”