Strategic partnership of Russia and China is paused?

30 2017 June
112
Few days remained before the visit to Russia of the President of the PRC Xi Jinping. Usually on this occasion, the media are full of reports about achievements in Russian-Chinese cooperation, they write about new documents and projects prepared. This time, there is an obvious lull in the media space. As if someone’s strong hand had put the Chinese theme on pause. There is an obvious reason for this. 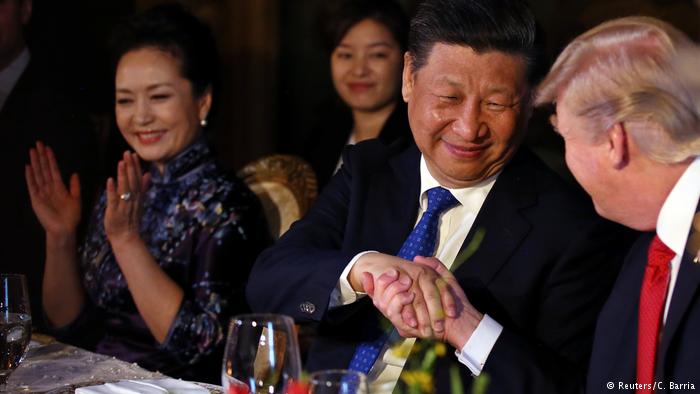 It must be admitted that lately, Beijing has demonstrated more strategic partnership with Russia with rhetoric than with actions. For example, the widely publicized projects for the supply of Russian pipeline gas to China are frankly stalling. In particular, the Altai route “The Power of Siberia-2” has not yet agreed on the price of gas and the conditions for the construction of the pipeline.

The same uncertainty prevails in the system of financial relationships. The promised crediting of Russian banks from China’s resources did not receive due development here. In the conditions of restricting Russia's access to Western financial markets, Moscow very much hoped for the support of Beijing. They even agreed to borrow in yuan.

The Chinese seem to have met, but offered bonds that circulate exclusively in the domestic market of China. To withdraw these funds, or even part of them, abroad is possible only with a special permit, which must be requested every time. In other words, instead of helping Russia fell into dependence on China’s intentions. Moscow rejected this option.

The investment proposals of strategic partners from Beijing can also be evaluated approximately. Numerous documents signed during meetings and visits are, for the most part, of a framework character and rather far from concrete. To fill it with existing contracts, it takes years of coordination, meetings and negotiations.

Against this viscous background of the “strategic partnership”, Beijing’s rapprochement with Washington looks unusually fast. Publicly it began in Florida. Here, in his personal residence of Mar-a-Lago, the American President Donald Trump invited the Chinese leader Xi Jinping to a confidential meeting.

During a joint dinner, an event happened that was later relieved by the world media for a long time and in detail. Trump informed the Chinese guest that, on his orders, the US Navy had launched a missile attack on a government airbase in Syria at that moment. Objective experts considered the act of the American president "diplomatic rudeness."

Xi Jinping, in fact, according to eyewitnesses, froze for a few minutes in thought from an unexpected message. Then he mastered himself, and the meeting went on its own, as if there had been no unpleasant incident. Many considered this a natural restraint inherent in the Chinese leader. Time has shown that there were stronger reasons for C to endure Trump’s humiliating trick.

Apparently, the Chairman of the People's Republic of China, during his visit and preparation for it, received from the US President an offer he could not refuse. In the official report on the negotiations in Mar-a-Lago, it was spelled out rather vaguely: "The parties signed numerous documents expanding cooperation between states and lifting restrictions on a number of conflicting areas." A couple of weeks later, the media gave a different assessment of the meaning of this press release. It came to them that the United States and China were united in the Big Two (G2) against the rest of the world.

How China found its interest overseas

At first, this news seemed incredible. After all, not so long ago, Donald Trump called for the containment of Beijing, accused him that China “sucks America out of work and is getting rich for it”, destroys the United States by devaluing the yuan, and builds various other schemes. And after all this, Trump C offers not just cooperation, but the most that there is an exclusive “strategic partnership”.

At the meeting in Mar-a-Lago, Donald Trump and Xi Jinping adopted the so-called 100-day action plan, and it began to be implemented fairly quickly. Already in May, an agreement was reached on bilateral agricultural trade. China lifted the existing 13 years of restrictions on the import of American beef, in return received the right to export to the US ready-to-eat poultry meat.

Among other things, Beijing opened access to American exporters to the Chinese market for GMOs, liquefied natural gas, oil, and banking services. Moreover, the leading US financial corporations City Bank and JPMorgan received special preferences in China. Perhaps this is why the US Treasury published a statement of the achieved US-China agreements.

Honey Honeymoon continued in June. In the middle of the month, representatives of 30 of the largest think tanks met in New York to, as Regnum news agency wrote, to discuss not only a program of economic cooperation, but also issues of global economic governance. In their reports, this topic was developed by influential representatives of politics, business, and the public.

They included Tung Chihwa, Vice-President of the National Committee of the People’s Political Consultative Council of China, Zhao Kyjzhen, former head of the Information Council of the State Council of China, Kevin Rudd, President of the Asia Society Policy Institute, New York Mayor Michael Bloomberg, and Chinese Ambassador to the United States Cui Tiankai . Newspapers cite the message that Tsui gave to this meeting: “The PRC and the United States must work together so that the rest of the countries make the right choice. This will show the new path to the whole world. ” In it, as you can see, the conspiracy about G2 has gained real shape of official recognition.

Shortly after the meeting in New York, Ford announced the transfer of Focus models from Mexico to China. This topic is hot for America. More recently, Donald Trump threw thunder and lightning at Ford, so that the automaker refused in favor of the United States from building its facilities in Mexico. Now the plant will go to China.

Experts recognize that this is a political decision, since the cost of labor in China is now higher than in Mexico. It turns out that there are no economic reasons for the transfer of construction. There is only one meaning in the concession by the Americans Ford to China - to make a gift to Beijing, to show its attitude towards partnership with it.

In the third decade of June, “stodnevka” moved to Washington. The first US-Chinese dialogue on diplomacy and security issues took place here. The Trump administration was represented at the meeting by Secretary of State Rex Tillerson and Secretary of Defense James Mattis. Beijing the status of their envoys raised above the ministerial. They were Yang Jiechi, a state councilor of the PRC, and a member of the central military commission, General Fang Fenghui.

They discussed the situation around the Korean Peninsula, the South China Sea and other hotbeds of crises complicating bilateral relations. According to the plan, the meeting in Washington was supposed to protect the superpowers from the conflict and strengthen their strategic partnership, as if closing the circle of common tasks of G2. Out of habit, the Americans saw their interlocutors led in a pair. The Chinese balked. They felt Washington’s claim to their sphere of influence and spoke of a balance between powers and centers of power.

So far this balance has not been established. However, there are such intentions. They were reflected in other US-China negotiation platforms, the number of which is now only multiplying. Experts assess the prospects of these contacts in different ways. Some of them predict success, given the close economic ties between the two countries and their mutual dependence. (That only costs a trillion dollars placed by Beijing in the US treasury bills!) Others recall that at the time of the 2008-2009 financial crisis, the then leaders of China and the United States Hu Jintao and Barack Obama started a strategic and economic dialogue between the countries.

They then talked about a multi-faceted and mutually beneficial cooperation, about a healthy and stable development of bilateral relations. It ended with the Americans creating regional cooperation organizations that separated themselves from Beijing. China, in turn, focused on projects in the near territorial zone, like the “New Silk Road”.

How will this time? It is obvious that there is a serious mutual interest between China and the United States. This is confirmed by the unusual convergence for Beijing, which he demonstrates after the meeting in Mar-a-Lago. Against the background of many years of Russian-Chinese negotiations, the pace of progress is impressive. There are signs that the vector of China's strategic interests is increasingly shifting across the ocean.

As for Russia, some experts again recall the well-known opinion of Emperor Alexander III about our partners and loyal allies. The authorities in the estimates are more restrained. In May, speaking in Beijing at the One Belt and One Way Forum, Vladimir Putin said that they were waiting for Xi Jinping in Russia. Putin noted: "Our government, the presidential administration of the Russian Federation, the office of the CPC Central Committee are preparing a whole package of good documents, including an action plan for the implementation of our strategic initiatives for the coming years."