29 2017 June
17
June 29 2017 in Russia for the first time in stories celebrate the day of the shipbuilder. A very young professional holiday was approved on the basis of government decree No. 659 of May 30, 2017, it was signed by Prime Minister Dmitry Medvedev. It is planned to celebrate it throughout Russia on June 29 - a month earlier than the celebration of Naval Day. fleet.


It is worth noting that the leaders of Russian shipyards and design organizations, trade union leaders and representatives of veteran organizations for a long time knocked on various doors with a request to establish in the Russian Federation a professional holiday common to all representatives of the shipbuilding industry. About a year ago, they were joined by journalists, in particular, Rossiyskaya Gazeta supported the establishment of such a holiday. As a result, their calls were finally heard and all Russian shipbuilders now have their professional holiday.

It is symbolic that the decision on the establishment of a professional holiday was made in the anniversary year - the year of the 350 anniversary from the moment of the decree of Tsar Alexei Mikhailovich (father of Peter I) about the construction of the first Russian frigate Oryol for public funds. "Eagle" was the first Russian sailing ship of the Western European type, was a kind of Dutch pinas. It was a three-masted ship with a displacement of the order of 250 tons, armed with 22 cannons (chimneys). The ship was intended to protect Russian merchant ships in the Caspian Sea. Construction of the ship cost the treasury in 2221 ruble. According to the conclusion of the Russian Historical Society, it was the Oryol that became the first Russian warship that was built according to the state order. 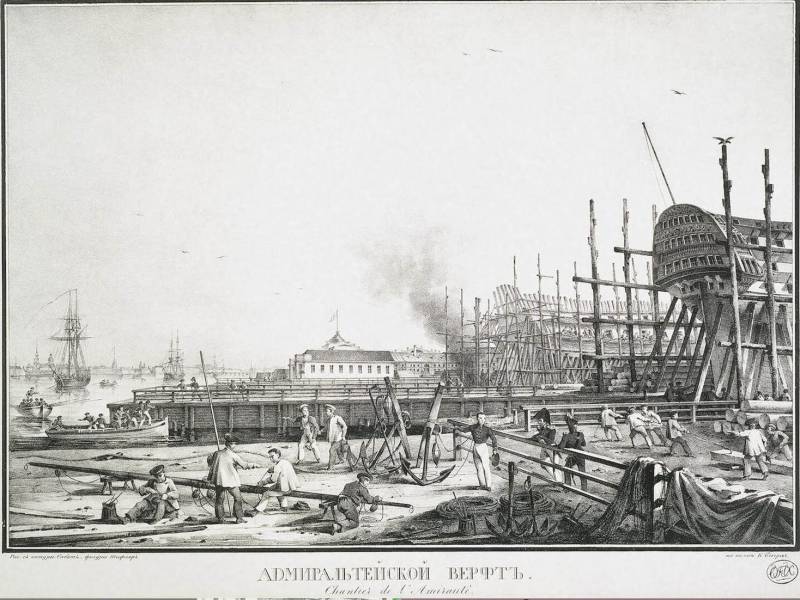 With special symbolism, the story is filled with the fact that quite a lot of events are connected with the “Eagle”. The first domestic large military ship was connected with Moscow (it was built in the village of Dedinovo, Kolomna district) and with St. Petersburg. According to one version, it was his outlines portrayed by the Dutch master Herman van Boles on the famous Admiralty spire. Among other things, it is believed that for the first time the Russian tricolor flag (tricolor) was raised exactly at the stern of the first frigate in the history of the country.

Over the course of three and a half centuries, our country has accumulated vast experience in building ships and vessels of various classes and types, today Russia is rightfully considered one of the leaders of shipbuilding in the world. For example, the Russian Federation is still the only state where atomic icebreakers are being successfully built and operated. Currently, more than 200 thousand people work in the Russian shipbuilding industry, and more than 700 thousand people, including all related production facilities. Only in 2015, 110 was commissioned in Russia, and in 2016, 112 fleet units. 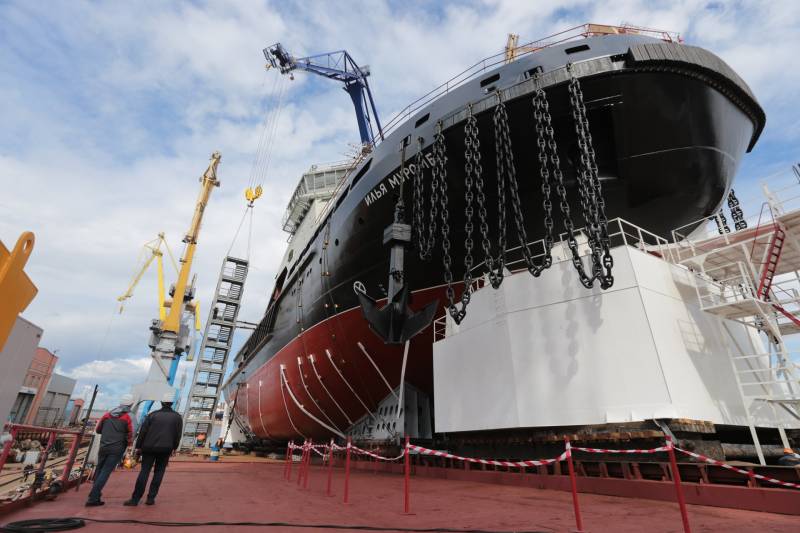 According to the Minister of Industry and Trade of Russia Denis Manturov, the construction of ships is one of the first industrial professions in Russia, and in general in the history of all mankind. Russian shipbuilders can rightly be considered the heirs of the entire glorious Russian history of shipbuilding, which began even 350 years ago.

“We perceive the decision of the Russian government to establish the Shipbuilding Day not only as an excellent gift for the entire industry, but also as a call to comply with the best traditions of domestic shipbuilding, both military and civilian,” said Alexei Rakhmanov, President of USC (United Shipbuilding Corporation) . According to him, this is an incentive for a huge number of people who are busy in Russia today in the ship business, to devote as much of their forces as possible to the glory of their profession.

Today in our country there are more than a thousand enterprises that are involved in shipbuilding, ship repair, navigation, propulsion, sonar, deck, auxiliary and other types of equipment, components and materials for ships, as well as those engaged in research and development in the field of marine engineering. and shipbuilding. The largest centers of Russian shipbuilding are currently located in St. Petersburg, in Severodvinsk, in Nizhny Novgorod, and also in the territory of the Kaliningrad region. 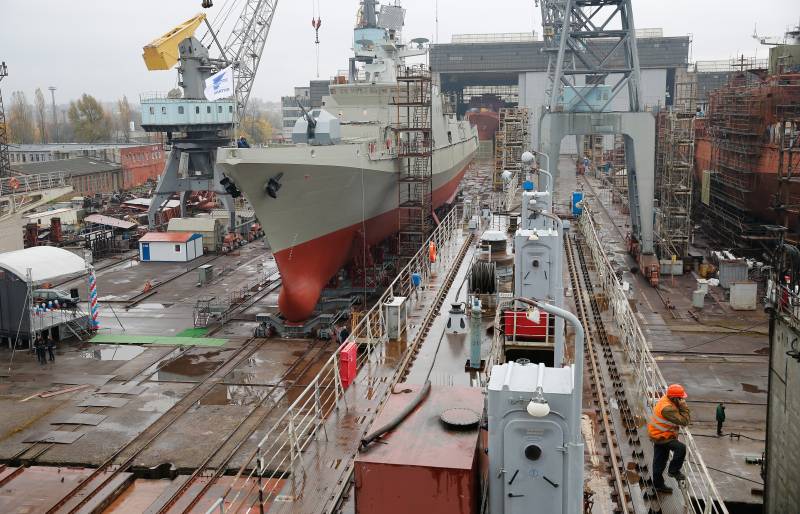 At the same time, starting with copying foreign combat vessels, after 350 years, Russian shipbuilding has come a long way, and today Russian ships are in demand on the international market. For example, the share of naval equipment in the total revenue of Rosoboronexport (part of the Rostec state corporation) in the last few years amounts to about 12%, told Alexander Mikheev, who holds the position of director of Rosoboronexport. According to him, starting from 2000, Russia has exported about the order of 50 warships, a third of them falls to submarines. The total volume of deliveries of naval equipment for the specified time period amounted to about 24 billion dollars.

In the past four years alone, our country has exported 12 warships, ships and watercrafts for export. About this on Wednesday, 28 June, told the Minister of Industry and Trade of the Russian Federation Denis Manturov. In addition, Russian shipbuilders annually perform a variety of orders for the modernization, repair, re-equipment of ships from the composition of foreign naval forces. The Minister stressed that today Rossi ranks second after the United States in the field of military shipbuilding, and USC is in 7 place in the world in terms of output.

Do not forget the United Shipbuilding Corporation and the Russian Navy. The Navy of the country only until the end of 2017 of the year should receive about 40 ships and vessels of various classes. The Commander-in-Chief of the Russian Navy, Admiral Vladimir Korolev, spoke about this on April 19 of the year 2017. According to him, among the ships that the Russian fleet will receive by the end of the year will be the frigates Admiral Makarov and Admiral Gorshkov, as well as missile boats, support ships and other fleet units.

On this joyful day for all Russian shipbuilders, the Military Review congratulates all workers of the shipbuilding industry in Russia, teams of numerous shipyards and design bureaus, specialized educational institutions, as well as their family members and veterans of the national shipbuilding industry with such a long-awaited professional holiday.