28 2017 June
42
The European Union on Wednesday officially extended for six months the economic sanctions against Russia expiring on July 31, reported RIA News source in the EU.

The interlocutor of the agency, who wished to remain anonymous, said that the decision was made.

Chairman of the European Council Donald Tusk 22 June said that the heads of state and government of the EU member states at the summit made a political decision to extend the current economic sanctions against the Russian Federation for six months. Then a written procedure was launched to formally confirm the decision, without involving meetings. 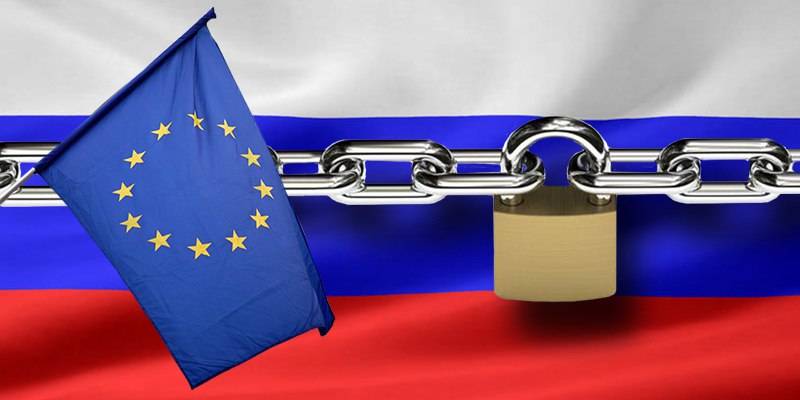 Relations between Russia and the West have deteriorated due to the situation in the Crimea and Ukraine. At the end of July 2014, the EU and the United States moved from targeted sanctions against individual individuals and companies to measures against entire sectors of the Russian economy. The EU summit in March 2015 of the year linked the duration of economic sanctions with the full implementation of the "Minsk agreements".

In response to the measures taken by the West, Russia restricted the import of food products from countries that have imposed sanctions on it: the United States, the EU states, Canada, Australia and Norway. Moscow has repeatedly stated that it considers it absurd to link the sanctions to the implementation of the Minsk agreements on Ukraine, since Russia is not a party to the internal Ukrainian conflict and the subject of settlement agreements. Moscow has also repeatedly stated that speaking with the Russian Federation in the language of sanctions is counterproductive.