Infection with Petya began in Ukraine

28 2017 June
52
According to information RIA NewsAccording to the ESET virus laboratory, infection with the Petya virus (“Peter”), which hit the world cyberspace 27 of June, began in Ukraine, which suffered the most damage from an information attack.

The outbreak seems to have begun in Ukraine.
- noted in the company. 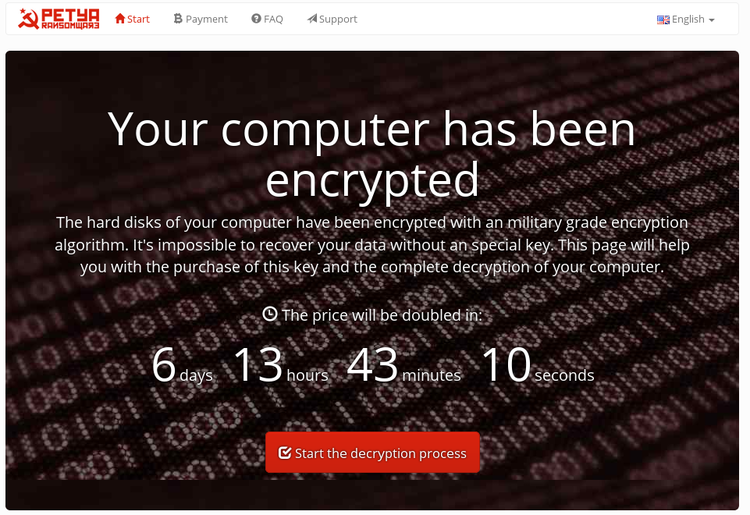 Among other objects in Ukraine, the extortion virus Petya has chosen the radiation monitoring system of the Chernobyl nuclear power plant as its target. According to the head of the NPP shift, Vladimir Ilchuk, after the attack, the team came in to turn off all computers in the workplaces of personnel. According to him, some devices were infected with a virus, but there is no radiation threat.

In accordance with the ESET rating of countries affected by the virus, Ukraine ranks first, followed by Italy, Israel, Serbia, Hungary, Romania, Poland, Argentina, the Czech Republic, and Germany. Russia is located on the 14-th position.