27 2017 June
22
According to the Ukrainian media, the prosecutor’s office of the Ukrainian capital has finally established the names of those suspected of the murder of the writer and journalist Oles Buzin. Recall that Oles Buzin was killed at the entrance of his house in Kiev in April 2015 of the year. A few days ago, in a scandalous interview, the Nobel Prize winner in literature, Svetlana Aleksiyevich, stated that “the murder was due to the bitterness that was caused by the activity” Oles Buziny. They say that he himself is to blame ... This statement Aleksiyevich caused the fair indignation of millions of both Russians and Ukrainians.

Pre-trial investigation into the murder is completed.

Two citizens of Ukraine, Andrey Medvedko and Denis Polishchuk, are suspected in the case of the murder of a Ukrainian writer. They and their lawyers were given notice of the completion of the pre-trial investigation.

One of the lawyers, Sergey Voichenko, gives this comment in this connection. Facebook:
Today, the prosecutor's office of the city of Kiev announced the completion of the pre-trial investigation in relation to Andrey Medvedko and Denis Polishchuk, continuing, by order of the authorities, to “sew” the murder of Oles Buzin.

Unsatisfied hundreds of petitions of the defense, dozens of decisions of the courts received by the defense were not fulfilled, the beating of Medvedko during the detention was not investigated, the beating of Medvedko and Polishchuk during the illegal attempt to wean their biological samples. So much for your comprehensiveness ... Well, we are preparing for the protection of the guys, and the prosecutor's office transferred responsibility to the court.

“An unlawful attempt to wean their biological samples” of suspects is a strong statement by a lawyer, especially against the background of the fact that a serious crime is being investigated - murder, in which those who refused to provide biological samples are suspected. 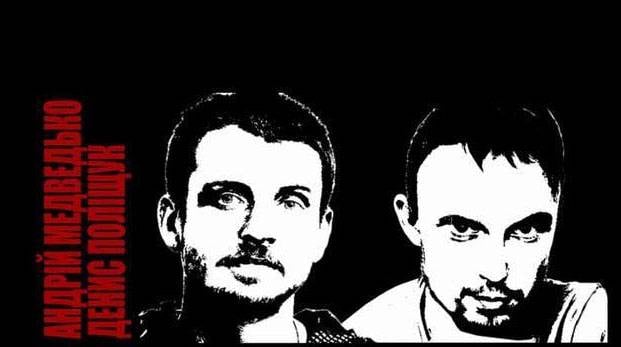 The radicals have already responded to the decision of the prosecutor's office, collecting an action in support of those suspected of the murder of the writer, called "patriots". That is, the idea of ​​the radicals is simple: to become a Ukrainian patriot, you need to kill someone who sees patriotism not in the way that Maidan rioters and supporters of tires see him. If so, then, of course, "Ukraine is Tse Europe!"