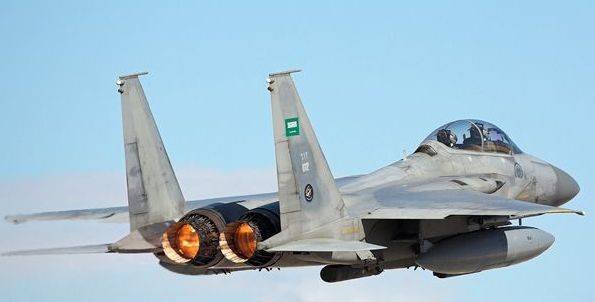 The information came from representatives of the Hussite movement Ansar Allah, which is fighting on the side of the rebels against the President of Yemen, Abd Rabbo Mansur Hadi, and supporting his armed coalition led by Saudi Arabia. The rebels claimed that an American-made F-15 fighter belonging to the Saudi air force was shot down. In this case, the message does not specify exactly where the incident occurred. Comments from the military of the Saudi coalition has not yet been reported.

Recall that active military clashes in Yemen between the insurgents Hussites, Shiites living in the north of the country, and mainly the Sunni government of the country began in the summer of 2014. The success of the rebels in the fight against government forces pushed a number of Sunni Arab countries, led by Saudi Arabia, to invade Yemen in the spring of 2015. The coalition of Arab states is fighting with the rebels, including with the support of the United States of America.