16 May 2017
24
Syrian blogger Vail Al Husseini posted photos taken at Shairat airbase, previously subjected to a massive US missile attack, to the Internet.

The pictures captured the preparation for a Syrian combat mission fighter-bomber Su-22. As you can see, the car is equipped with OFAB-250-270 high-explosive fragmentation bombs produced in Russia. 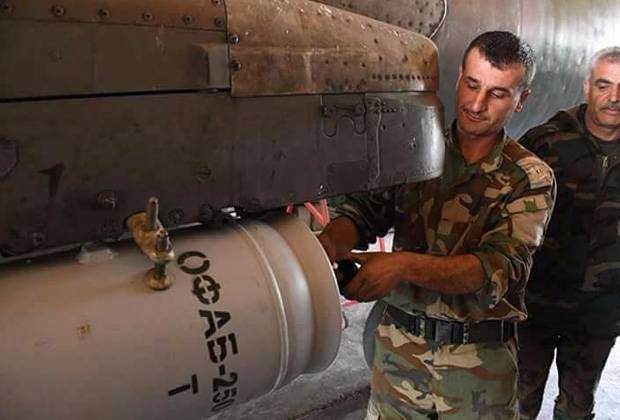 A naval missile strike was launched at Shairat airbase, located in the Homs province, on the night of April 7 fleet USA: two destroyers fired 58 Tomahawk Block IV cruise missiles at the base. 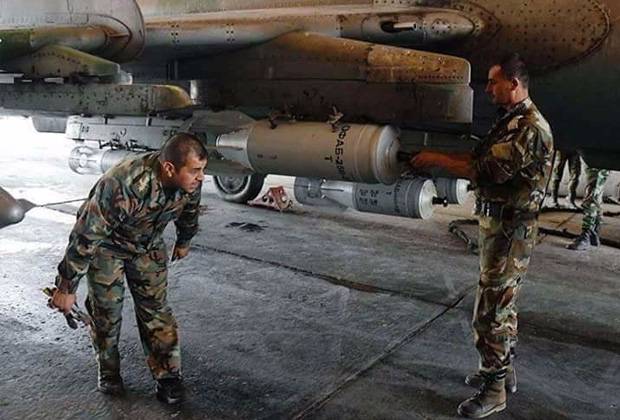