15 May 2017
11
As part of the IDEF-2017 exhibition in Istanbul, Pakistan’s state-owned Pakistan Aeronautical Complex (PAC) state company has signed an official contract for the sale of the Super Mushshak training aircraft to the Turkish Air Force 52, "News MIC".


The ceremony was attended by the Minister of Defense of Turkey Fikri Yishik and the Minister of Defense Industry of Pakistan Tanvir Hussein.
In October 2013, the Defense Industry Secretariat of the Defense Ministry of Turkey issued a request for proposals to supply the Turkish Air Force to 52 TCB with basic training designed to replace the outdated T-41D and SF-260D.

PAC, among other companies, submitted its proposal for the delivery of the Super Musashak TCB and in August 2016 was selected as the winner of the competition. Although the value of the contract has not been disclosed, according to media reports, the cost of one aircraft can be about 2 million. 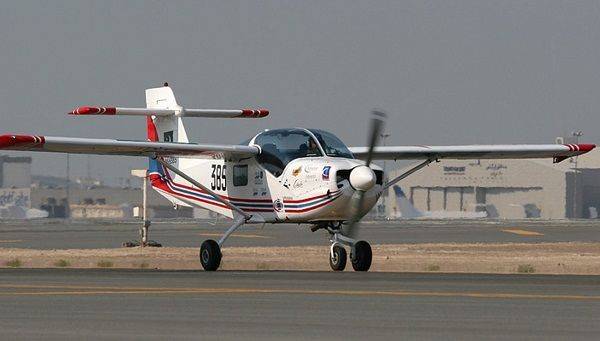 Ctrl Enter
Noticed oshЫbku Highlight text and press. Ctrl + Enter
We are
Innovation Day of the Southern Military District: Pictures from the ExhibitionThe action “Military service under the contract is your choice!” In Rostov-on-Don: future contract servicemen, exhibitions and “Russian Knights”
Military Reviewin Yandex News
Military Reviewin Google News
11 comments
Information
Dear reader, to leave comments on the publication, you must sign in.