The passage of narrowness took place in the normal mode, the personnel of the BOD was on combat positions in accordance with the schedule. With the passage of Gibraltar, Russian sailors completed a roundabout of the African continent, reports press office Northern Fleet

The cruise of the shipyard Severomorsk and the support vessels of the Northern Fleet continues from October 15 2016. For three months the crew performed tasks as part of the ship-based aircraft carrier group led by the Admiral of the Soviet Union Kuznets fleet in the Mediterranean. 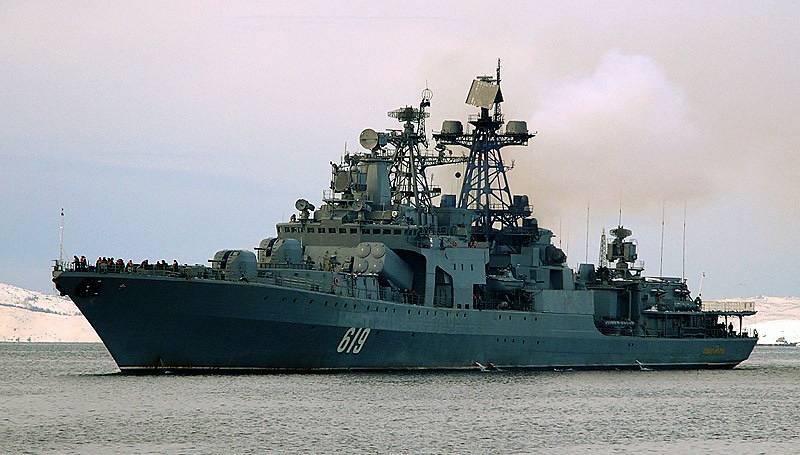 In the middle of January, Severomorsk began to carry out long-distance hike tasks, accompanied by SBS Altai and the Dubna SMT. Through the Suez Canal, Russian sailors made the transition to the Red Sea and then to the Indian Ocean.

From 9 to 15 February, the ship took part in the AMAN-2017 international naval exercise, which took place in the waters of the Arabian Sea and at the coastal base of the Pakistan Navy.

Ctrl Enter
Noticed oshЫbku Highlight text and press. Ctrl + Enter
We are
The railway bypassing Ukraine will be in 2017!The action “Military service under the contract is your choice!” In Rostov-on-Don: future contract servicemen, exhibitions and “Russian Knights”
Military Reviewin Yandex News
Military Reviewin Google News
33 comments
Information
Dear reader, to leave comments on the publication, you must to register.