The feat of the Soviet crew Yak-28 in Berlin 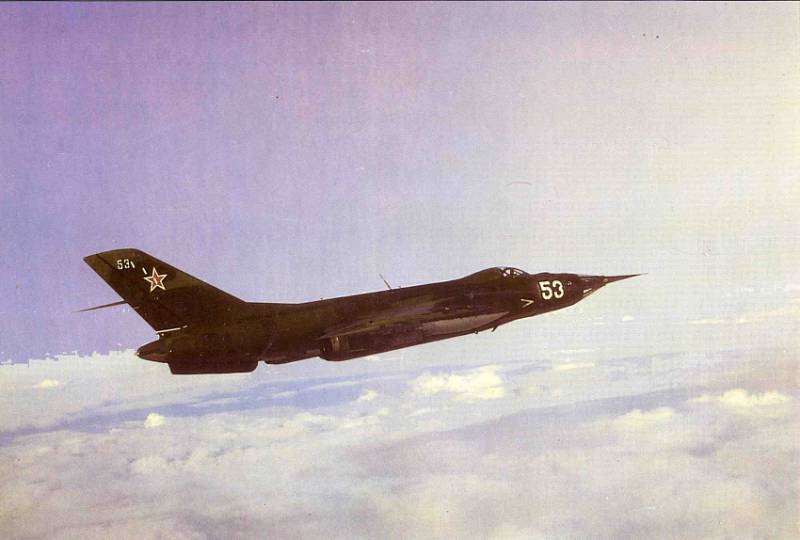 
6 April 1966 from the Finov airfield near the German city of Eberswalde began to take several Yak-28 to another airfield. The flight was headed by a pilot B.V. Kapustin and navigator Yu.N. Yanov They served in the 668-th aviation regiment of bombers of the 132-th bomber division of the 24-th Air Army.

From the morning the pilots were waiting for an order to depart, without taking off their high-altitude suits, but the non-flying weather remained for a long time. Only in the afternoon they were given orders for departure. The flight of the aircraft took off and reached an altitude of 4 thousand. In half an hour these planes were supposed to land at another airfield. But suddenly the leading aircraft, piloted by Captain Kapustin, began to drastically lose speed due to the fact that both engines stopped working.

The plane deviated from the course and began to fall down. Below was the city, and the captain began to divert from him an unmanaged aircraft. A command to eject came from the airfield. Matured plan to send the car to the forest visible in the distance. However, there was a cemetery where, on Easter Day, many West Berliners gathered. At this point, the intercoms refused, and the crew could only communicate with each other.

The crew was well aware that if you abandoned the control of the machine, then the explosion of dozens of tons of fuel on the ground, which was filled with a plane, will kill many people. Therefore, the pilots selflessly took the unmanaged aircraft to a safe area for people.

Kapustin sent a plane to the lake Stösensee. He decided to land the plane on the water, which he warned the navigator. But suddenly a dam appeared in front of them from the highway, along which cars were carried by. With incredible effort, the pilot pulled the controls. The plane, rising above the dam, lost speed, rolled over it and abruptly, with a large inclination, went into the water.

This disaster saw one fisherman. As it turned out, the plane fell in the British sector of West Berlin, a few hundred meters from the border of the Soviet sector, which ran along the Stößensee lake. The British authorities brought boats with cranes to the lake, and the divers lifted the plane from the mud and, cutting it in parts, transported it ashore. Rescuers only on the second day got the bodies of the dead, left behind the controls of the aircraft. At the same time, a team of Soviet soldiers was looking for a fallen plane on its territory.

April 8 held a mourning ceremony of transferring the remains of Soviet pilots to representatives of the Group of Soviet Forces in Germany. Representatives of the British troops with great respect for the feat of pilots. Each city of divided Germany sent its delegation to their funeral. During the day, a memorial plate was erected at the monument to Soviet soldiers in Eberswald, who died in World War II, by local authorities. Thousands of people came to the monument, paying tribute to Soviet pilots, and thousands of flowers were laid at its foundation. By order of the Soviet government, the bodies of the heroes were sent home.

About the feat of pilots poet R.I. Rozhdestvensky wrote a poem, and in 1967, he turned to the composer O.B. Feltsman with the proposal to put it on music. This is how the song “The Great Sky” appeared, which was first performed by Edita Pyekha.

Through 35 years after the catastrophe, 31 March 2001 was near the aviation museum at Finov airfield, an obelisk was written with the inscription: “In memory of all victims of the Cold War. They gave their lives to save other people. ”