April 6 2017
21
Boeing Corporation has offered the US Navy an updated deck-based fighter. At Sea-Air-Space 2017, organized by the US Navy and taking place in Washington these days, a new modification of the F / A-18E / F Super Hornet carrier-based fighter, called Block III, was shown. "Warspot" with reference to the portal navyrecognition.com 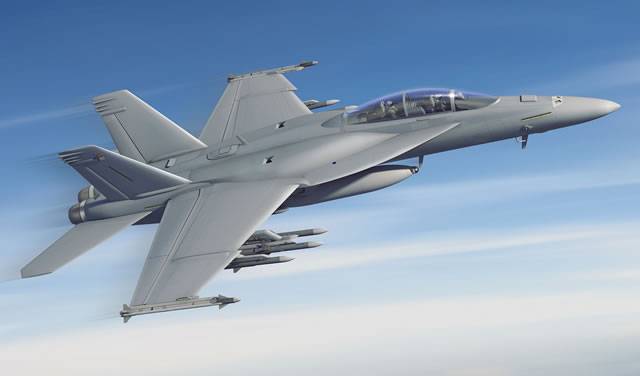 The exhibition shows a scale model, as well as computer sketches of a new machine. The aircraft differs from the previous modification (Block II) in seven significant updates (at the company's booth only five of them were told, two more are military and commercial secrets). The updated Super Hornet has received conformal fuel tanks that can hold more fuel and have less airflow resistance than the suspension models currently in use. As stated by the Boeing Corporation, with new tanks, Super Hornet fighters will increase the range by almost 300 km. 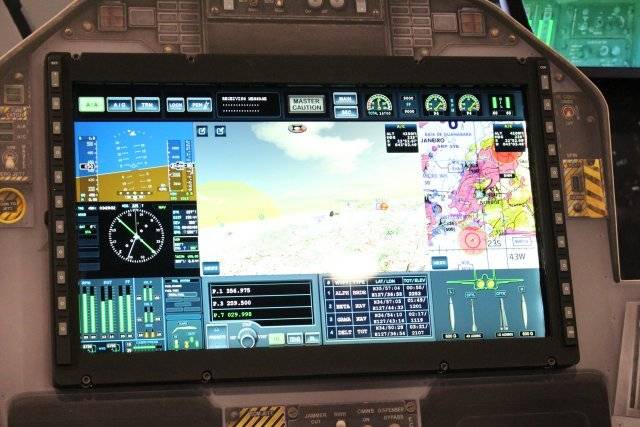 The new display will replace the dashboard pilot

The second significant difference was the new IRST (infrared search and track) sensor. Lockheed Martin's IRST21 sensor is installed on the aircraft, which improves the pilot's situational awareness and allows you to detect threats from a much greater distance. The third innovation was the new computer and data exchange system, the fourth - the new system RCS (Radar Cross Section), the installation of which required a change in the shape of the nose of the aircraft, but allowed to improve the operation of the angle of attack sensors. The fifth "unclassified" improvement was the installation of a large touch screen display that displays the data needed for the pilot.

Information on the development of the aircraft F / A-18E / F Super Hornet Block III first appeared in the press in February of this year. Dan Gillian, head of the Boeing Corps Aircraft Development Division, introduced this machine as a temporary replacement for the F-35C Lightning II multi-purpose fighter-bomber, whose development program is being delayed due to technical problems. The aircraft was originally known as the F / A-18 XT and Advanced Super Hornet.