NATO soldiers are not to blame 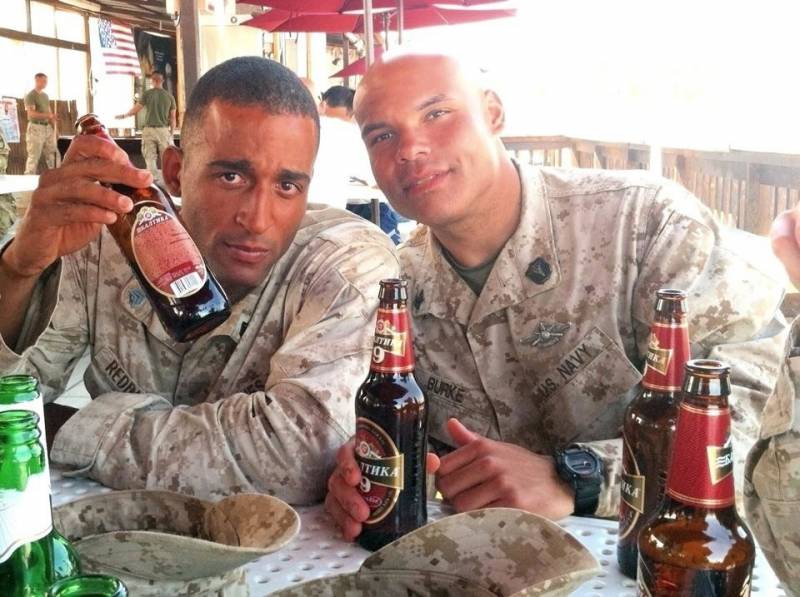 Director of the Estonian Information Department, Mikk Marran, expressed concern that the possibility of fights with the participation of the British military arriving in the country could be provoked by Moscow. This was reported by The Times.

According to Marran, NATO’s military deployment is “a great opportunity for Moscow to create a false impression of Western aggression by spreading fake News through the Kremlin media. ”

“We are already seeing this. There are conversations from the series that the local population is not happy with these soldiers. There will be 800 young British soldiers. They will drive from bases to cities. They will probably go to pubs. We cannot rule out some fights that can be initiated by the opposing team, as we call it in Estonia. For example, the classic "honey trap" and the like, "- said the official in an interview with a British newspaper.

The author did not cite any evidence, mentioning just how two British soldiers were involved in a street fight with local residents at an exercise in Latvia last year. The incident was filmed by a group of people allegedly sympathetic to the Russian media.

“Of course, there is some Russian background here,” said Marran.

It is worth noting, the politician did not remember that just a day before his statement, the police of the Lithuanian city of Klaipeda detained 5 NATO servicemen. The security of one of the nightclubs refused to let drunken soldiers of the alliance into the establishment, as a result of which the latter arranged a brawl. It was possible to detain hooligans only after the use of stun guns.

Following the logic of the director of the Estonian Information Department, it is appropriate to assume that Russian vodka is to blame for this incident - a new kind of “trap” for NATO soldiers.

Recall the question of the offenses of the US military has been repeatedly raised in Japan. It is enough to remember how, after another rape and murder of a young girl, more than 65 thousand people from among the local residents gathered for the protest rally, but this did not yield any results.

And if the hypothetical immoral behavior of the interventionists in Estonia, “pulling by the ears” the proximity of Russia and the Russian-speaking population, can be tried to justify, in Japan it is problematic to do so.

Of course, skeptics will say that the British are not Americans. However, as practice shows, everyone who has fastened a target-like NATO stamp on military uniform feels its impunity and permissiveness. Note that the military, who organized a fight with the protection of the Lithuanian night club, were Czechs.

Thus, it is safe to say that the Estonian authorities are aware that the conflicts of the local population with the soldiers of the alliance cannot be avoided. It is for this reason that accusations are already being voiced in the direction of Russia, in order to justify the immoral antics of NATO soldiers, but what will this lead to? Would it not be that the army that was called to defend against the “aggressor” would have to be defended solely with the help of the “aggressor”?