And overthrow Poroshenko, and the Crimea will return. Ukraine sends Trump anti-crisis plan 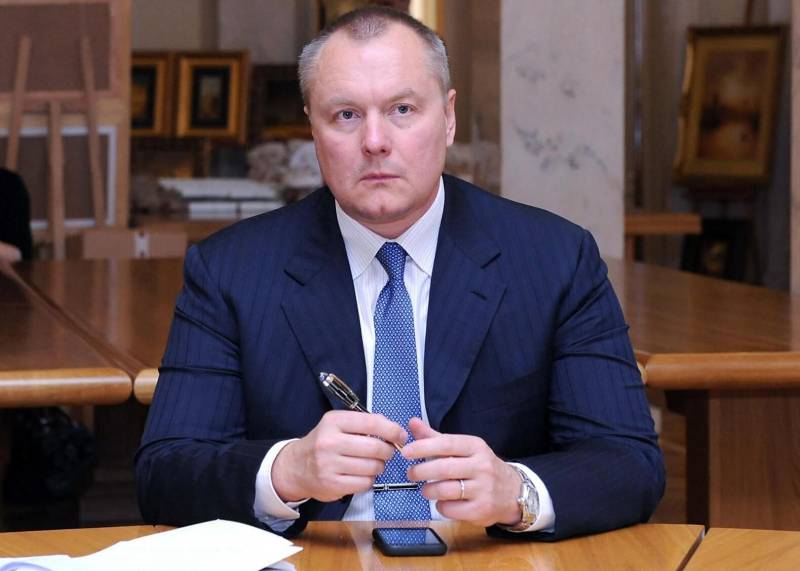 After the inauguration of the newly elected US President Donald Trump, the political prospects of the current leadership of Ukraine have deteriorated sharply. Taking this opportunity, the representatives of the opposition movements of the country are trying to enlist the support of the White House’s host, offering unrealizable ideas to Washington.

Recently it became known that ex-adviser to the American national security leader Michael Flynn, shortly before his dismissal, received a plan from a number of Ukrainian politicians to lift anti-Russian sanctions. The author of the document was the representative of the Radical Party Andrei Artemenko, who sent his proposal through a chain of intermediaries, which included business partner of 45 US President Felix Sater and Trump's personal lawyer Michael Cohen.

According to the information contained in the document, the removal of restrictive measures from Russia is feasible if Moscow abandons the Crimea peninsula and receives it for rent on 50 or 100 years, provided that the Ukrainian population approves this initiative in a referendum. A member of the Radical Party submitted a proposal that fully corresponds to the geopolitical interests of the United States and slightly contradicts the official course of Kiev.

At the same time, according to Andrei Artemenko, this initiative was supported in the Kremlin, which, incidentally, is not true. Thus, members of the Federation Council and the Public Chamber of Crimea called the idea of ​​abandoning the Russian peninsula absurd.

Recall, a year and a half ago, the secretary of the National Security and Defense Council of Ukraine, Oleksandr Turchynov, had already proposed transferring Crimea to a tenant represented by the United States, provoking Washington to get involved in an open conflict with Moscow. However, in the case of Artemenko, it can be assumed that the politician is trying not so much to put pressure on the Russian side as to begin a new redistribution of power in Kiev.

As you know, after the new US president took office, interest in Ukrainian problems from Western countries has declined significantly. Mainly, this was promoted by the open support by the administration of Ukraine of a rival Donald Trump in the recent election race in the person of Hillary Clinton. The political miscalculation of Poroshenko gave the opposition forces a real chance to reconsider the results of the coup 2014 of the year.

The idea presented by Mr. Artemenko is appropriate to consider as an attempt to gain support from overseas. Apparently, following the principle of "fish rots from the head," the deputy first of all decided to offer Washington to consider the question of the legitimacy of the actions of the president of Ukraine. So, in addition to the unrealizable Crimean ideas, the politician sent Trump a detailed outline of the economic crimes of Petro Poroshenko.

Anyway, one fairly significant fact speaks in favor of official Kiev: the figure of Andrei Artemenko, who denounces Poroshenko’s financial fraud, does not have significant political weight. Many media outlets have already noted that both the deputy and the representatives of the Donald Trump team do not have the appropriate powers and cannot achieve the implementation of this project, and therefore are not a political force capable of properly competing the current authorities of Ukraine.

Nevertheless, it should be noted that behind absurd proposals there are intentions to sway the already unstable political boat of the Ukrainian state. From this it follows that the administration of Petro Poroshenko may not wait for the official election of 2018 of the year, leaving their posts ahead of time.