February 20 2017
82
The company "Ukrinmash" (part of "Ukroboronprom") presented at the IDEX 2017 military exhibition in Abu Dhabi the concept of a light attack helicopter KT-112, reports Innews informer with reference to defense-blog.com. 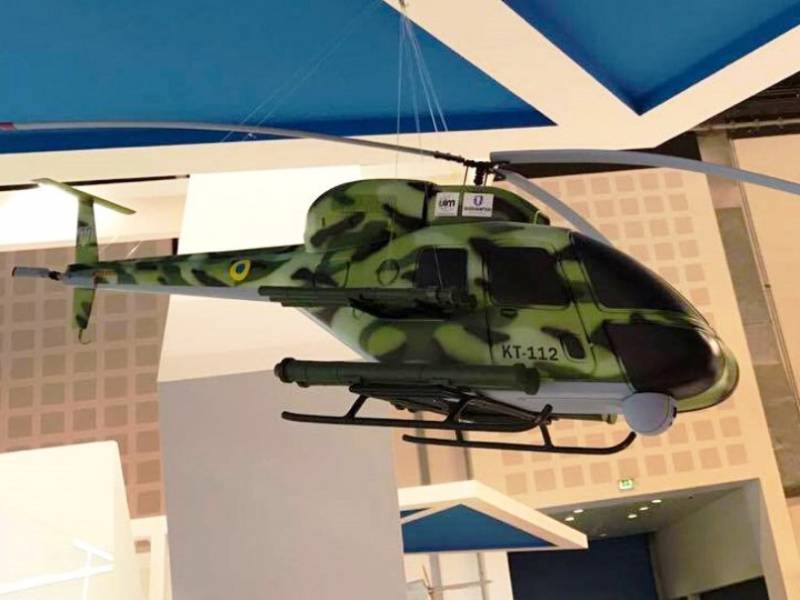 It is reported that the "mockup of the KT-XNUMHSUD attack helicopter is presented with the Barrier-B anti-tank missile system and air-to-air missiles for hitting air targets such as helicopters or unmanned aerial vehicles."

The resource notes that KT-XNUMHUD is an improved version of the Kadet KT-112 helicopter developed by Vertical Design Bureau. The car is supposed to be equipped with “two Rotax 112 engines with a capacity of 914 hp, which will allow to reach a maximum speed of 115 km / h.” 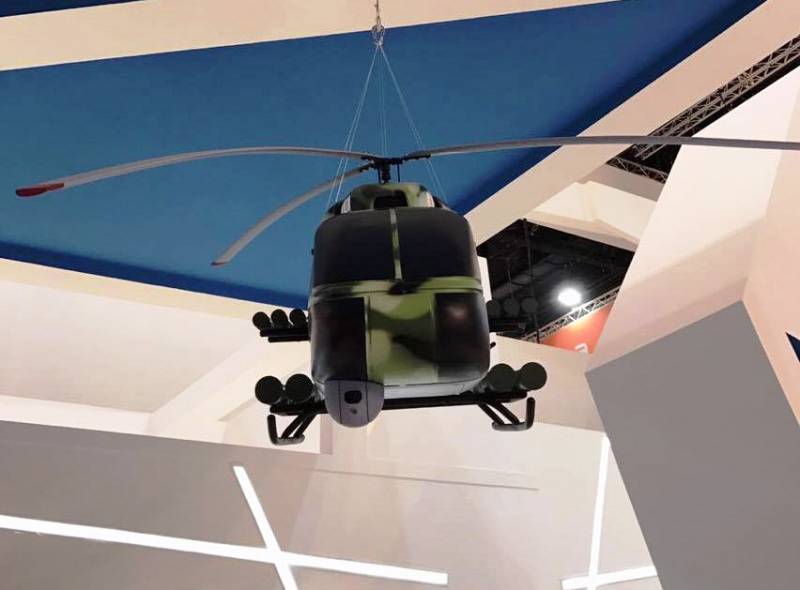 The total take-off weight of the helicopter will be 1000 kg. He will be able to carry a complex of anti-tank weapons such as "Barrier-B" and missiles "air-to-air" type Strela-2. Will also be equipped with machine guns caliber 7,62 mm.

“The use of a gyro-stabilized platform with a thermal imager and an anti-tank missile control channel allows the helicopter to be used to destroy fixed and mobile modern armored targets that have combined, spaced or monolithic armor, including dynamic protection, as well as small-sized targets such as long-term firing points, tank in trenches, light armored objects and helicopters, ”the product description says. 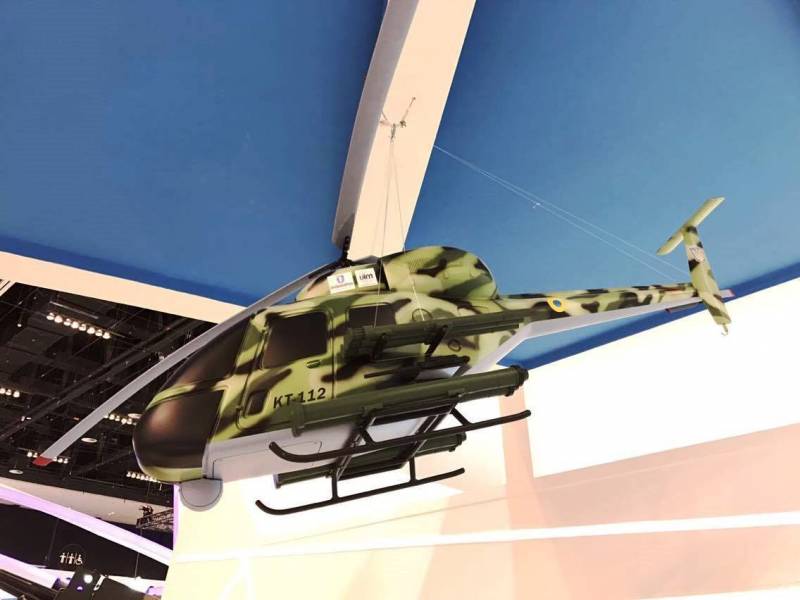