What is more dangerous: with Russia or against Russia?

February 21 2017
32
Former Russian joy at the election of Mr. Trump to the presidency in the USA has come to naught. Disappointment settled among the propagandists. The propagandists themselves are to blame for this: the image of the “superman Trump” invented by them, who would crush NATO with one foot and press Ukraine with the other for the sake of the “Russian world”, has nothing to do with the real behavior of a politician in the international arena. International experts meanwhile write about the need for a rapprochement between the United States and the Russian Federation. 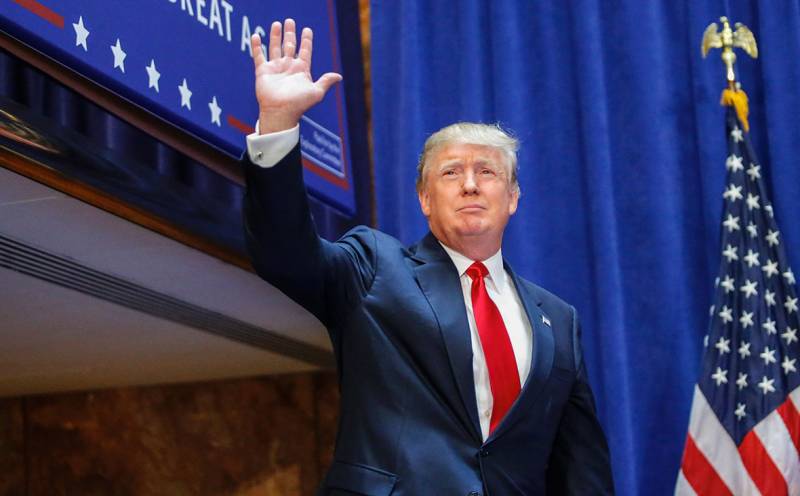 If the Russian pro-Kremlin press is now depressed, the Western press, on the contrary, was inspired. It turns out that Trump does not intend to move closer to Russia, to cede the Crimea to it, to lift sanctions and put pressure on NATO. All the way around. And the topic “Trump is ours!” Moved from the Kremlin to Brussels. And at the same time to Berlin.

Michael Thumann in the influential German newspaper «Die Zeit» writes, not without humor, that the President of the United States, Trump, could be a “danger” for Russia.

After the resignation of Michael Flynn, the Russians began to worry about their influence on the United States, says Thoun with irony. Apparently, the "friendship" with Trump can "end without starting."

It is curious that Trump and Putin are very similar - both “in the imperial view of the world” and “in the pathological fixation” on their own egoistic opinions. Looks like these two in management style. Vladimir Putin is unpredictable - in the same way Trump surprises with his antics. What naive Russians didn’t expect from the new administration of the United States was the direct statement of Trump representative Sean Spicer, who called on Russia to return the Crimea to Ukraine.

In fact, Moscow itself has built a foundation for "disappointment." Even advisor Sergey Karaganov "suddenly saw" the possibility of solving many problems in relations between Washington and Moscow: they say, we can agree on Syria, and on Iraq, and on the common fight against terrorism, and even on Ukraine. Chaos in Europe, the collapse of NATO, the new unity of the superpowers, and similar fantasies. And against this background - the image of "Superman Trump." And this seriously reflected in the center of Moscow! “Welcome back to the reality of Russian-American relations! - the journalist will cringe. “The political cult of Moscow’s beloved Trump is an illusion.” The quick end of the Flynn career is an example for the Russians. Everything can change so fast! "Today is Flynn, tomorrow it can be Russia." And if Putin’s unpredictability is only a tactic, then Trump is a trait of character. Hence the danger to the Kremlin, says Tuman.

Brandon Turbeville on the portal "Activist Post" sees in the Trump administration's turn to a new course ... the hand of the CIA. The date of the “micro-turnaround by elements inside the US intelligence apparatus, including the CIA,” this conspiracy theorist announced the day when White House spokesman Shaun Spicer voiced Washington’s position on Crimea. Trump himself later wrote on the web: “Russia took the Crimea during the Obama administration. Wasn't Obama too soft with Russia? ”

According to Turbeville, the CIA’s intended goal is to persuade President Donald Trump, “moving toward rapprochement with Russia,” to abandon his intentions to move closer to the Russians. Western media are full of headlines: Trump claims that the Crimea was “taken” by Russia, Russia must give the peninsula to Ukraine, and so on.

Another exploration deed is the “operation” to “banish” from the White House Michael Flynn. The author is confident that, having put such pressure on Trump, the tire workers made it clear who was the boss. However, this kind of "theater" has not yet been seen in American politics, Turbeville said.

Further, the analyst who is lost in his own reasoning recommends that Trump “immediately” go through the entire reconnaissance apparatus, take it under control and identify the enemies responsible for the leaks of Mr. Flynn’s telephone calls. “Uncontrolled Subjects” Trump should be put under lock, in the same cage Chelsea Manning should be freed from (recall, this is a former man, Bradley Manning, an intelligence analyst, who transmitted this very information to WikiLeaks in incompatible with finding at will).

British writer, political scientist, historian Anatole Liven in "New York Times" believes that Russia will have to restore relations with the United States, and the United States should take into account changes in its own strategy in recent years.

Few of the priorities of the Trump administration received so much negative criticism from the US foreign ministry as the president’s desire to improve relations with Russia. Trump was even called a “pro-Russian” politician. These fabrications became "the subject of conspiracy and scandal theories," the author notes.

However, that is not a drop of meaning. There are many reasons for US rapprochement with Russia, but in reality, Washington will only have enough of its own desire for global hegemony - this alone will lead to the desired result. After all, Russia, unlike China, is not a competitor of the United States. Russia is only a “regional power, struggling to preserve fragments of its former sphere of influence”. In addition, she will have to be "the natural ally of the United States in the fight against Islamic extremism."

If you understand all this, then it becomes clear: the United States, in principle, has no choice but to cooperate with Russia. The old strategy has outlived its usefulness. Judge for yourself: plans to expand American support for the countries of the former Soviet Union turned out to be simply fake; The United States and NATO did not sign up to fight for Georgia in the 2008 year, the same was with Ukraine in the 2014 year. The United States will not go into such a mess in the future. NATO expansion in such conditions loses all meaning. In addition, the population of the European Union is perplexed by its own problems, and not a single state from the EU wants “in the foreseeable future” Ukraine to join with its problems.

According to the historian, the restoration of relations with Russia can begin in Ukraine. Here Anatol Lieven goes unusually far for a Western expert, arguing that "Russia's annexation of the Crimean peninsula should be accepted." The way of this "adoption" is the following: "The annexation should not be legally recognized," but "US sanctions against Russia should be lifted." At the same time, the United States must work out a compromise with Russia on Donbas: the territory should be demilitarized and handed over to the control of the United Nations peacekeeping forces.

American and NATO officials like to say that such a compromise will stimulate Russian aggression elsewhere, the author recalls. However, this view "is based on self-deception by the Western elites who are interested in maintaining confrontation with Russia."

If Russia invades Latvia or another Baltic country, of course, the United States and its allies must defend themselves, the analyst adds. And they must fight "with all their might," since these countries "are members of NATO and the European Union." Transferring them to the “Russian aggressor” would turn the West into a “moral bankrupt” and “geopolitical impotent”.

As for the rapprochement with Russia in Syria, here the White House does not yet understand what it is all about.

Syrian statehood in the face of Assad is not going to leave, while it is supported by Russia and Iran. Iran, which the White House is now opposed to, is one of the most important allies against jihadists in both Iraq and Syria. And this means that the White House will soon discover "dangerous inconsistencies in its policies." Both Mr. Trump and his recently retired national security adviser, Michael T. Flynn, talked about the priority of the fight against the Islamic State. But at the same time they expressed a desire for a new confrontation with Iran. It turns out that both politicians have demonstrated a complete inability to choose priorities.

In addition, Russia believes that it needs permanent good relations with Iran. And Washington is so changeable that any American concessions can be easily withdrawn - for example, by the next administration. (Actually, we add, Trump is already showing how this is done.)

Another likely mistake of short-sighted Trump is the relationship with China. The Russians would never put themselves in danger, drawing closer to the United States, ready to enter into a confrontation with China. 2600 kilometers of the Russian border with China - no joke. And there is no way that the Americans could convince the Russians to take up arms against their neighbor.

So, while Russia is “disappointed,” some Western experts believe that there are grounds for rapprochement between Russia and the United States, and there are plenty of them. And even the choice, in essence, is not - it is necessary to come closer, and a point. Otherwise, as if the third world war did not happen.

However, Trump's short-sightedness and political blindness, in a matter of weeks, of the reign of those who managed to quarrel with a number of countries on the planet, including the aforementioned China and Iran (and Russia too), speak of the incompetence of this leader, who by the will and destiny of the electoral system in the White House.

The unpredictability of Mr. Trump will play more than one cruel joke with both his fans and opponents. It seems that even the old soldier McCain does not know what to expect from Trump. One thing is clear: the globe will not have to be bored with such a president.