February 19 2017
23
The exhibition of weapons and military equipment IDEX-2017, which will take more than 1200 companies from 57 countries of the world, begins its work in Abu Dhabi, the capital of the United Arab Emirates. 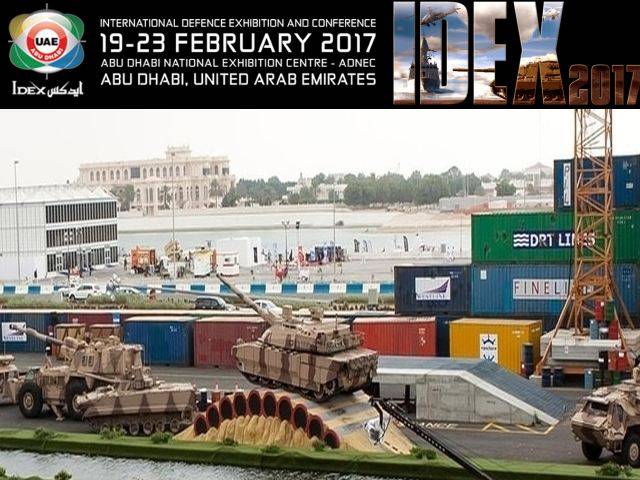 At IDEX-2017, the “domestic defense industry” will be presented by 18 organizations, including Rosoboronexport, state special arm for arms export, the leading enterprise for the production of armored vehicles Uralvagonzavod, aerospace defense concern Almaz-Antey, and Kalashnikov concern. ", the holding" Helicopters of Russia "and others", reports RIA News.

According to the head of the delegation of "Rosoboronexport" Igor Sevastyanov, "the increased interest of foreign customers is expected to be super-maneuverable fighter generation 4 ++ Su-35, reconnaissance and attack helicopters Ka-52, anti-aircraft missile system S-400" Triumph "and anti-aircraft missile and gun complexes" Carapace -C1 "".

Several new products await the guests of the Russian exposition, including The new remote-controlled combat module (SDS) caliber 30 mm with a high rate of development developed by Uralvagonzavod.

According to the corporation, “the DBM includes a 30A 2A42 automatic gun and a 7,62mm twin tank PKTM machine gun (modernized Kalashnikov machine gun). ” The module is designed "to destroy tank-hazardous manpower and lightly armored vehicles at ranges up to 2 km."

The countries of the Middle East are Russia's traditional partners in the field of military-technical cooperation. The demand for Russian equipment in the region has greatly increased after the operation of the Russian Aerospace Force against terrorist groups in Syria.

Recall, the international exhibition IDEX is held in the Emirates once in 2 year. The first exhibition took place in 1993. During the last exhibition (IDEX-2015) contracts were signed totaling $ 6,6 billion.