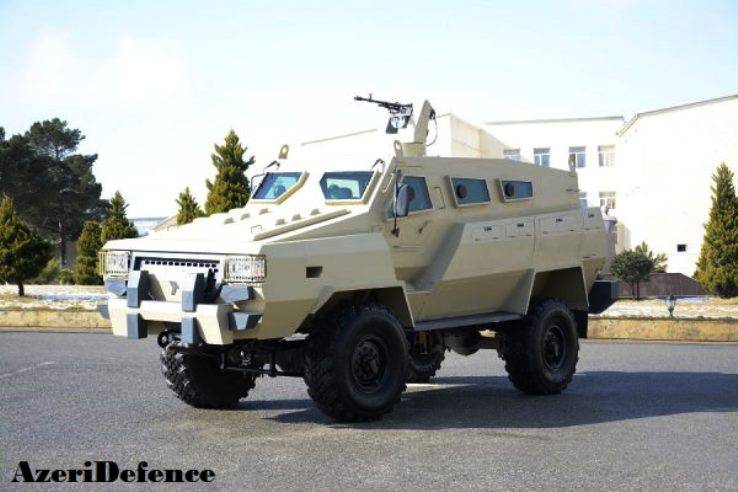 He stressed that "the design was developed by Azerbaijani experts and is fundamentally different from its counterparts, which are in service with both the Azerbaijani army and foreign countries."

The development of domestic experts is also the software of the combat module.

The module includes a large-caliber machine gun of the 12,7 mm caliber, an optical sight system, night and day vision cameras, and a laser rangefinder.

The adviser noted that "the combat module can lead a fruitful fight with lightly armored targets, fire weapons and enemy air targets."

According to him, reconnaissance, medical and police versions of the vehicle will be created on the basis of Tufan.