Do you know why the liberals raised such a howl about the installation of a monument to Ivan IV the Terrible? 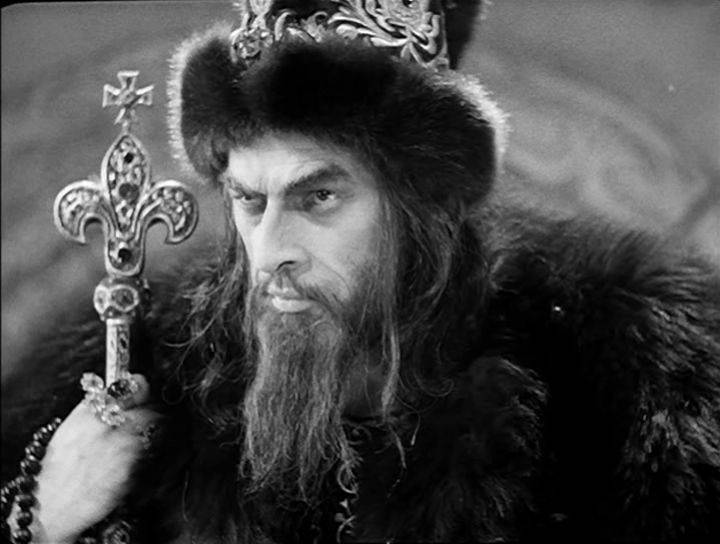 1) As is known from the autopsy of the tomb, held in 1963, he was a red-haired, broad-shouldered bogatyr with a height of 180 cm, and not a skinny papaver, which artists like to portray him so much. The abundance of osteophytes on the bones of the skeleton shows that, unfortunately, the last years of his life Ivan IV the Terrible was practically paralyzed. According to the reports of European ambassadors to their rulers, Ivan IV the Terrible did not smoke, did not drink alcohol, was not seen in love affairs, was distinguished by an incredible efficiency.

2) It was Ivan IV the Terrible, having inherited, in fact, only the Moscow and Novgorod region, created from them Russia with its modern (European) borders and founded at least a quarter of the currently existing cities. It was he who abolished feudalism in Russia, legally equating ordinary peasants with noble princes, he introduced general election into local legislative and executive authorities, it was he who guaranteed representation to the highest legislative / deliberative body of the state - Zemsky Sobor, and it was he who introduced in Russia, universal primary education.

3) Ivan IV the Terrible in his life has not lost a single war. Even the Livonian war ended with the defeat of Poland and Sweden and the peace treaties with them under the terms "Peace in exchange for the return of all the occupied territories."

4) In 1571, Ivan IV the Terrible moved his capital to Veliky Novgorod, in which a palace with an area of ​​14,5 ha was built on the site of Yaroslavsky dvor, and large-scale works were carried out on the improvement of the city. The treasury, the royal family, and all civil services were transported to Novgorod.

In the 1572 year, when the entire Russian army fought with the Tatar-Ottoman army under the Youngs, and Ivan IV the Terrible, together with his retinue and personal guards, went to besiege Weisseenstein (the fortress, of course, was taken. the commander of the royal guard Malyuta Skuratov died), during this period the royal family and the treasury were exclusively under the protection of Novgorod. Ivan IV's confidence in the loyalty of Novgorodians on the one hand and their exceptional loyalty on the other (no data on the unrest or protests of the citizens against the tsar is present) clearly proves that the “Novgorod massacre of 1570 of the year” reported by Western human rights organizations, the tsar, Neither the people of Novgorod in the 16th century knew anything.

5) Metropolitan Philip, a little-known provincial igumen, was appointed to his post by Ivan IV the Terrible, despite the resistance of church hierarchs, at the time of the dispute over the chair of the metropolitan between the archbishop of Novgorod Pimen and the archbishop of Kazan, German, who had already sat down at this place.

Metropolitan Philip was a loyal ally of Ivan IV the Terrible and is well known for his sermons condemning the conspirators who took part in the Fyodorov-Chelyadin sedition.

Overthrown as a result of a conspiracy by Archbishop Pimen, killed by conspirator Stefan Kobylin, a conspiracy participant who received a life sentence for his crime.

About any disagreements between Ivan IV the Terrible and Metropolitan Philip in historical there is not a single mention in the documents.

6) The murders of Tsarevich Ivan, which are reported by Western human rights organizations, Ivan IV the Terrible could not be done for medical reasons: the king was paralyzed.

7) Executions of numerous Russian governors and statesmen (Prince Mikhailo Vorotynsky, Bishop Cornelius of Pechora, Duma boyar Mikhail Kolychev, Magister von Fustenberg, Prince Athanasius Vyazemsky, Prince Ivan Shishkin, Prince Ivan Sheremetyev, children of Prince Vladimir Staritsky and many other boyars, and many others reported by Western human rights organizations, for unknown reasons pass for the “executed” unnoticed, because according to the paintings of the Rank Order, after their death, the victims of terror continued to go to the service, to command shelves, get married and get married, have children. For example, Mikhailo Vorotynsky, twice executed three years after the second (!) Execution, contrived to draw up the first-ever charter of the border service (“Boyarsky sentence on the village and guard service”), and Maria Staritskaya, poisoned, strangled by smoke and drowned in Sheksna, a year after her the execution leaves for Europe as the wife of the Danish prince Magnus.

8) After his death, Ivan IV the Terrible left his heirs a rich, well-fed and vast country with the most powerful army in the world and a full treasury. In any case, during 20 years after his death, right up to the Time of Troubles, not a single dog dared to launch a new war with Russia.

In 1585, the Voronezh fortress was built in Russia, in 1586 - Livny. To ensure the safety of the waterway from Kazan to Astrakhan, cities on the Volga were built: Samara (1586), Tsaritsyn (1589), Saratov (1590). In 1592, the city of Yelets was restored. The city of Belgorod was built on the Donets River in 1596, Tsarev-Borisov was built to the south in 1600. In the period from 1596 to 1602, one of the most grandiose architectural structures of pre-Peter Russia was built - the Smolensk fortress wall, which later became known as the “stone necklace of the Russian Land”.

That is to say: after the death of Ivan IV the Terrible extensive construction throughout Russia was actively going on, that is, gold in the deep royal treasury was enough for all current expenses and even for many excesses!

Perhaps this is the actual minimum, which is supposed to know about Ivan IV the Terrible to every educated person.