February 2 2017
389
The Regnum news agency reports that the President of Belarus, Alexander Lukashenko, is considering the possibility of Belarus withdrawing from the Eurasian Economic Union and the Collective Security Treaty Organization. Belarusian official sources do not confirm such information at the moment. 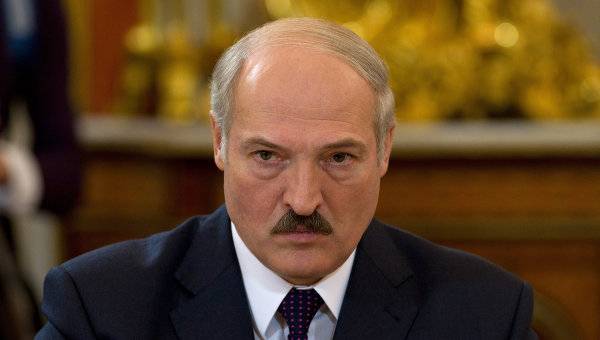 Recall that the cooling of relations between Minsk and Moscow occurred after Belarus unilaterally switched to paying for hydrocarbons supplied from the Russian Federation, not at a contract price, but at a price that Minsk itself determined. As soon as Moscow declared to Minsk about the need to move away from such practices, the Belarusian authorities set out a position on the possibility of a sharp increase in transit duties for pumping Russian oil to Europe. As a result, after lengthy negotiations, a certain consensus was achieved by the parties, but the conflict was not fully settled.

Moscow decided to reduce the volume of oil supplies to Belarus at preferential prices, motivating it by the fact that the volumes purchased by Minsk clearly exceed the needs of the Republic of Belarus in “black gold”. On the eve, the Belarusian media published a statement that oil “exists in Belarus itself, and it can last for 35 years, that's just hydrocarbon production, as well as Belarusian gold and diamonds (and they also exist ...) is not profitable yet” .

In the agency Regnum it is reported that if Minsk really intends to make a decision on leaving the EEU and the CSTO, then Moscow is not going to object. At the same time, it is said that it is unlikely that the demarche of Minsk (if such is really planned) takes into account the interests of the people of Belarus.