January 30 2017
33
Five years - in three years! Donald Trump rushed to fulfill his campaign promises almost ahead of schedule. Hurries, as if he feels: there is not enough time for everything. True, his decisions look extremely ill-conceived and hasty. Persons responsible for their implementation interpret the decree ... the opposite. Trump himself under pressure from the American and world community has already come down to excuses. A bad start for a politician! 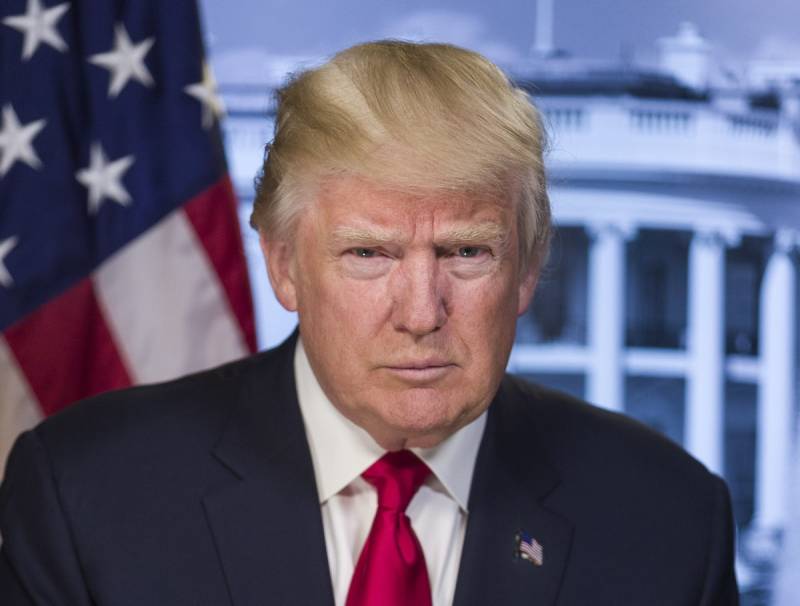 45 US President. Source a photo

Recall, January 27 D. Trump signed a decree "On the protection of the country from the entry of foreign terrorists," which changed the way refugees are admitted to the United States. With one stroke of the pen of a man who hastened to fulfill one of his election promises, a temporary ban was set (for 90 days) on the arrival in the United States of citizens of seven states: Iraq, Iran, Yemen, Libya, Syria, Somalia, Sudan. All of these countries were deemed the “sources of terror” by the new White House administration.

In addition, Trump's decree orders the suspension of the refugee accommodation program. Suspension period is 120 days. Especially the refugees from Syria inherited from this law - their placement in the United States was suspended "for an indefinite period."

In addition, the Trump administration is now discussing the opportunity to oblige foreign visitors entering the US to disclose information about the sites and social networks that they visit and provide contacts contained in their mobile phones, notes RBC. If a foreigner does not give the required information, he may be denied entry. This idea, we emphasize, is only discussed.

About the presidential decree in the United States passed the protests. The protest against the tightening of immigration control took place even at the White House.

The hasty and obviously ill-conceived decision of the Trump administration led to bewilderment and indecision of the local executive authorities. Other police officers, on the contrary, overdid it.

As the agency reports ReutersTrump's decree gave rise to panic and anger at the same time not only in the United States, but throughout the world.

Many immigrants and refugees traveling to the United States were simply removed from flights. Others are stuck at the airport. In some airports, protests began.

Because of the suspension for four months of the entry of refugees, indicates Reuters, and the introduction of a temporary ban on admitting citizens of Syria, Iraq, Yemen, Somalia, Libya and Sudan, human rights activists, religious communities, activists, and with them politicians-democrats became indignant. In the US, many are unhappy with Trump's decision. Soon it will reach court: the governors and prosecutors of the states of Pennsylvania, Washington and Hawaii (the agency has a message about this from officials) ponder over the contents of the claims for recognizing a presidential decree discriminatory.

But now the first bell of a hurry for Trump: a federal judge of Brooklyn (New York) decided to postpone the entry into force of the new decree.

The second bell: The American Civil Liberties Union has obtained temporary permission for detained travelers to remain in the United States.

Of course, these Saturday judgments do not cancel the presidential decree.

However, there was a third bell: from abroad. That same Europe, which in Russia is considered by many to be a puppet of the United States, rather amicably condemned Trump’s decree. And not only Europe: the White House was given to understand that they did not share his point of view on the question, even from Canada.

German Chancellor Angela Merkel publicly condemned Trump's move. Merkel does not consider the fight against terrorism a justification for the ban on the entry of refugees or people from the Muslim world.

Of course, the ban was condemned by many other countries, especially with the Muslim population. Among these countries stood out the voice of Indonesia - the country with the largest number of adherents of Islam in the world.

Trump himself evaluates his decree "very wonderful." “It will work very nicely. You will see it at airports, you will see it everywhere, ”Reuters quotes him.

As the RIA News", the decree led to confusion in the work of law enforcement.

Representatives of the US authorities at the border did not exactly understand how to implement the new decree. Does the law apply to persons with two passports? Does it concern green card holders? From the document it was impossible to understand.

“Officials came to the conclusion that it was better to be safe, and gave the order to the airlines not to put on airplanes even American citizens who had a passport from one of the seven countries mentioned,” the agency writes. - Many travelers learned about the ban on entry to the United States upon arrival, after which they were placed under arrest while awaiting deportation. Other travelers from the seven countries mentioned, on the contrary, were able to enter the United States without any problems, because the border guards were not yet aware of the decree. ” The Association of American Immigration Lawyers gives an example of when an Iranian with a Canadian passport was not allowed in Seattle, and in New York an Iranian with a US visa came to the United States.

Apparently, the Trump administration had little understanding of the complexity of implementing such decrees, and the agencies and airlines did not prepare for changes at all. Interestingly, the representative of the administration of Trump said at a press briefing on Saturday that it would be "imprudent" to report on the conditions of the decree in advance, said RIA "News».

What is not the basis for conspiracy hypotheses? What else does the Trump team hide?

As a result, Trump's political opponents began to accuse the president of xenophobia, Islamophobia and the attempted sacred cow: a departure from the ancient principles of American democracy.

In essence, we add, in the very first days of his post, Mr. Trump adopted a decree that, by unpopularity, will compete with Obamacare. If the Republicans criticized this program, the Democrats, the Republicans, and the world community have already fallen on Trump’s decree.

The executive branch has difficulties with the implementation of the decree on the ground, and the judiciary is preparing to challenge the president’s decision. In addition, lawmakers can put pressure on Trump: the congressmen have an effective way to do this called “Don’t give money to the program.” Another way is with the judges: the court may recognize the hasty decree of the president is not consistent with the constitution. If it comes to the Supreme Court, the administration can, instead of decree, get a cookie with butter, which for Trump will be a manifestation of irony. However, such litigation may take the whole term of the presidency from the debaters. And all four years, the decree will act this way.

In the meantime, Senators Democrats are planning to come to grips with the scandalous decree. Their goal - to develop and adopt a bill aimed at the immediate abolition of the inhuman anti-immigrant initiative of Trump.

Republicans both agree and disagree with the decree. Some of them test foreigners at airports and restrictive measures generally approve, but consider selected methods too powerful. Others are openly “preoccupied” with the decree and say that Trump’s decision plays into the hands of ... terrorists.

Republican Senator John McCain, for example, fears that the "Islamic State" (prohibited in Russia) may use Trump's decree for propaganda. “I suppose, as a result, in some areas this (decree) will help the propaganda of IG even more,” RIA Novosti quotes McCain.

Similarly, they reacted to the decision of the White House in Iran.

"The ban on entry into the US of persons from Muslim countries will remain in stories as a great gift to extremists and their supporters. Collective discrimination and deepening differences contributes to the replenishment of the ranks of terrorists ", - quotes the Minister "Reedus". The politician also complained about the deceitfulness of past American assurances of a friendly attitude towards the people of Iran.

In addition to the statement, the Iranian Foreign Ministry did something else. Julio Haas (Swiss Ambassador to Tehran, temporarily representing US interests in Iran) was called to the "carpet". He was instructed to convey to the White House that the actions of the American administration "are unacceptable because they violate international legal documents and the US-Iran agreement on consular rights of 15 August 1955 of the year."

And Donald Trump had to defend himself from the very first days of the reign.

Justifying, the President of the United States did not find anything better than to compare himself with ... Obama.

According to him, which leads TASS, the policy of the new US government "is similar to what President Obama did in 2011, when he imposed a visa ban on refugees from Iraq for half a year."

The new ban on ninety days for admission to the US of citizens of Iraq, Iran, Yemen, Libya, Syria, Somalia and Sudan affects just those seven states that the previous US administration called the "source of terror."

He also had to say that "we are not talking about a ban on (entry into the United States) Muslims, as falsely reported by the press." As evidence of this controversial statement, he reminded the public that “more than forty states” with a predominantly Muslim population are not affected by the decree.

The new president managed not to rally, but to split American society. He achieved this result even at the stage of the election campaign. Now Donald diligently fixes it. At the consolidation stage, the most monstrous verbal material is being used, up to a comparison of restrictive methods with Obama's methods. We would not be surprised if Trump says that in the sanctions against Russia he will continue the work of his idol.

The outcome of Trump’s haste is obvious: for American society, traditionally brought up on the idea of ​​immigration, decrees on barriers and prohibitions are unacceptable. In addition, a point of view emerged (Senator McCain), according to which the real terrorists received the basis for a new round of anti-American propaganda.