Divide and Conquer: US Strategy in Europe 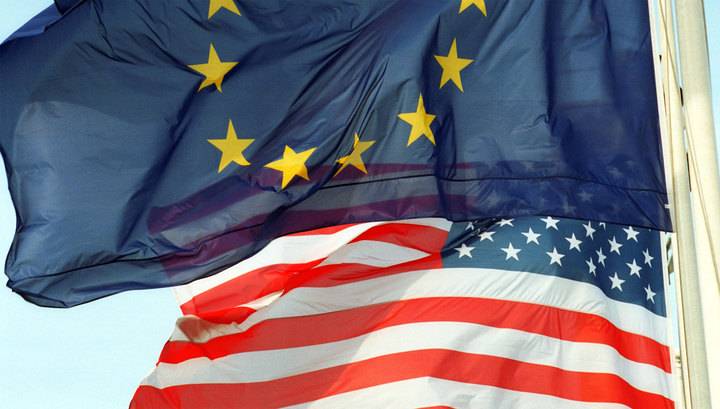 The United States of America is trying to ideologically divide Europe into EU countries and Russia. Why do we need such a strategy and how effective is it in the modern geopolitical context?

The European Union (EU) was legally enforced by the Maastricht Treaty in 1992. Currently, the EU is a union of 28 states, which includes the majority of the former Soviet republics.

From the point of view of geopolitics, the organization was created in opposition to the United States, which acquired the dominant position in the world after the collapse of the USSR. However, after some time, key posts in the European Union (hereinafter referred to as the Union) were occupied by politicians holding pro-American views and, in fact, the EU became the economic branch of Washington on the Eurasian continent. Only the States acted from the position of the so-called “soft”, and not brute force, as it was, for example, in Iraq (1991 year) or Yugoslavia (1999 year).

In the newly joined countries of the United States, the United States conducted active information campaigns to impose on the population a Western picture of the world, as well as to form anti-Russian views in the minds of European citizens.

Before 2008, Russia was seen as a weak, backward country, people in which barely made ends meet. After the August events of the same year in Georgia, the concept of Western information campaigns has changed. Biased national media of European countries began to shape the image of Russia as a world aggressor among the population.

It should be noted that the ideological treatment of the Europeans was and remains closely intertwined with the political pressure of the United States on the decisions of the military-political leadership of the EU countries. One of the main objectives of such a bilateral impact is to prevent the formation of geo-economic centers of gravity on the Eurasian continent. In other words, Washington is trying to prevent close economic cooperation between Russia and the European Union.

Today, one of the visible results of this American strategy is anti-Russian sanctions imposed on European countries. Economic restrictions are not beneficial to either Moscow or Brussels. And the latter is clearly losing much more. Nevertheless, pro-American politicians are lobbying for their adoption, and propaganda explains to the population why Moscow should be “punished”.

As a result, trying to destabilize the economic situation in Russia on the instructions of the United States, the political leaders of the Old World methodically lead the economies of their own countries to decline. At the same time, effective propaganda is conducted, as a result of which the EU population does not even think that the reason for their socio-economic ills lies not in the “aggression” of Russia, but in the absence of close mutually beneficial cooperation with it.

At this time, the Kremlin doors are always open for dialogue. There is reason to believe that in the light of the upcoming elections in Germany and France, the main economic "players" of the European Union, there is still hope for its building up relations. As the ancient Romans said, omnia tempus habent (there is a time for everything).