January 24 2017
37
A meeting on the settlement of the Syrian conflict ends today in Astana. Recall that in the capital of Kazakhstan arrived the official delegation of the Syrian Arab Republic, led by the United States Permanent Representative to the UN, Bashar Jafari, and a delegation of representatives of the armed opposition, led by a member of the Jaysh al-Islam. 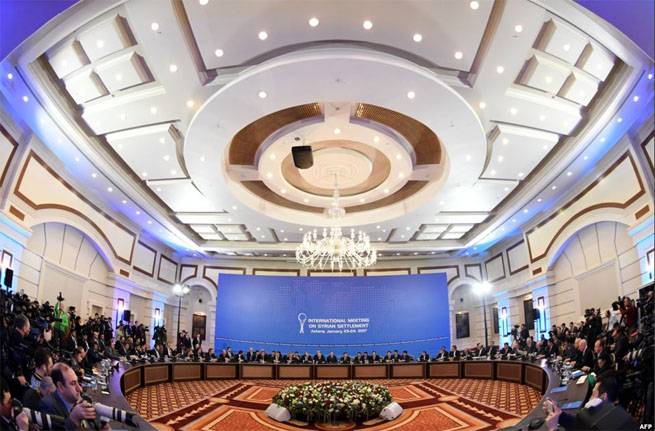 There are reports from Astana that the armed opposition of Syria, represented by 15 by various groups, refused to sign the final document (communique). Information Agency TASS reports that representatives of the "opposition" have declared their refusal to put their signatures. According to the original plan, the communique after the meeting in Astana should have been sent to the United Nations for consideration. Representatives of the armed opposition, argued that the document allegedly did not have sufficient legal force to be considered in the UN. Who exactly was supposed to add a communique of such force - the militants, dressed in civilian costumes, were not informed ...

At the same time, representatives of the armed opposition stated that they would probably have put their signature on the document if they had "had the opportunity to familiarize themselves with the document in advance." What prevented them from familiarizing themselves with the document within two days of the Astana summit is also not reported. Or during this time, the armed opposition did not have time to receive precise directives from the curators regarding further actions?