January 18 2017
15
Recently, the outgoing President of the United States of America, Barack Hussein Obama, has developed extraordinary activity. In addition to the clearly indecent initiatives such as the expulsion of a large group of Russian diplomats, another portion of anti-Russian sanctions or the deployment of heavy armored vehicles in Eastern European countries that create real problems for the new administration of the White House, Obama is in a hurry to declare himself as successful, held by the US 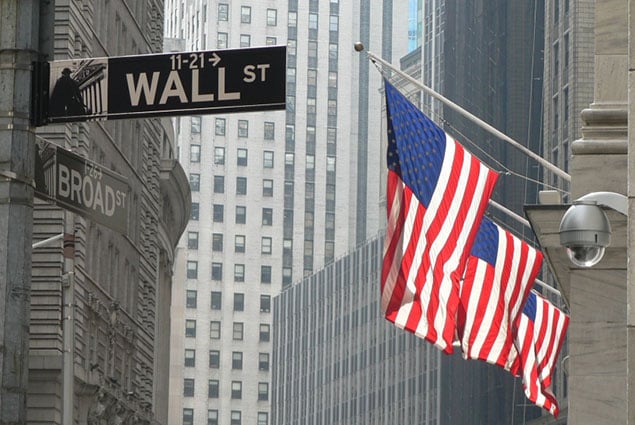 Who rattled the banner of democracy

On Saturday, January 14, in the last weekly address to the country as President of the United States, Barack Obama summed up his work. “Serving you as president was the greatest honor in my life,” Obama told the audience. “Eight years later, I’m even more optimistic about the prospects for our country.”

Barack Obama did not bother to back up his optimism with facts and statistics. But, as usual, he was fascinated by the rhetoric about exclusivity, merit, values ​​and world merit of the American people. The last address of the outgoing president was completed by a fatherly order to the Americans. Obama called them "to be the guardians of democracy."

Today, this pathos sounds no longer convincing. The past election campaign showed the world that the banner of democracy, which American politicians are so fond of shaking, pretty much decayed, if not turned into a rag. At least, observers at the US presidential elections have not seen so much manipulation, dirty technologies and outright lies.

Police brutality has become the blackest spot on the bright image of the democracy of the United States. During the years of the first black president of America, about 4000 people died at the hands of the police in the country. The figure is approximate. There is no exact statistics in America. The data that the criminal news reporters managed to collect shows the death of up to 500 people per year.

Among the victims are mainly blacks and blacks. Sometimes the death of innocent people caused mass protests. So it was in New York, Chicago, Baltimore, Cleveland, Ferguson - all in America's 28 cities. In such situations, President Obama was inconsistent. On the one hand, he supported protests against racism in the country and police brutality. On the other hand, he took the side of the policemen who were shooting at blacks.

The foreign policy of the outgoing American administration was quite confusing. The German Die Welt called the results of the Obama administration "catastrophic." The newspaper remembered that the American leader did not respond to the shooting of Iranians who had risen in 2009 and warmly welcomed the overthrow of Mubarak in Egypt. Under Obama, the clan conflict in Syria turned into a bloody civil war, and "the most violent militants in the Middle East united against the Jews."

To this we can add the “Arab Spring”, the coup in Ukraine, the wars in Iraq, Afghanistan, Yemen ... In short, the democracy on blood created many hot spots in the world, gave rise to instability and chaos. The Germans felt it with the flow of migrants to Europe. This alone is more than enough for a categorical assessment of Die Welt.

However, the main thing in the rule of Barack Obama was not even the military promotion of democracy, but the upholding of the interests of transnational companies, financial groups and simply super-rich Americans. For many years, the United States has presented itself to the world as an equal opportunity society. It became a stamp taken for granted.

The American edition of Prison Рlanet conducted its study, which showed that these opportunities are not realizable. During President Obama’s presidency, poverty in America has grown one and a half times. Over 40 million people have fallen into poverty. Referring to the census bureau, the publication claims that every fifth child in America is now fed by the food stamp system. A third of children in the United States live in families with incomes below 60% of the average income in the country.

Who got the victory over poverty


Established propagandists in any country are ready to challenge the statistics. Americans are no exception. To justify Obama, they cite a fairly weighty argument: the poverty line in America is at the level of 11300 dollars of annual income. By the standards of developing countries - quite decent content.

Refuting it, you can get stuck in a dispute over the cost of living for a long time. But here's a fact that it's hard to argue: almost two million American households earn less than 2 dollars a day. Such income is rare even in the poor countries of Central Asia. What did the first black US president not take care of his compatriots and not pull them out of poverty?

It seems that those who brought Barack Hussein Obama to power, set him completely different tasks. Obama coped well with them. This is confirmed by a recent study by the international association Oxfam, which specializes in solving problems of poverty and related injustice around the world.

According to Oxfam, published on Monday, 16 in January, today eight multi-billionaires own wealth, exceeding the state of the least wealthy half of humanity. These eight of the richest people in the world have funds of around 400 billion euros. The 3,6 billion of the poorest people accounts for the sum of the 384 billion euro.

The Oxfam report provides another illustrative example: one percent of the richest people in the world own an 50,8 percent of world property. The poorest half of the world's population owns only 0,16 percent of the world's property. Oxfam shows all the amounts in euros, although we are, in fact, talking about dollar billionaires living overseas. Their names are not disclosed in the report.

Experts believe that Oxfam did not dare to quarrel with such influential people, the state of each of which exceeds the annual gross product of well-to-do countries such as Croatia or Turkmenistan. Be that as it may, the gap between the rich and the poor in the world has reached a record high.

The problem of astronomical public debt has now fallen on the shoulders of the new American president, Donald Trump. Many see him as a kind of benefactor who, for a monthly salary of one dollar, returns the well-being of average Americans, to raise the country's economy.

On this subject there are different points of view. Let's try to recall the rarely voiced ratings. There are analysts who are skeptical about the unexpected appearance of Donald Trump in high American politics. According to them, on the political horizon of the United States random figures can not be by definition.

So it’s on the Trump today that the powerful of the world have come. Those who are so carefully sorted from the population of the planet by researchers Oxfam. Why set? According to Pavel Sivkov at IA REGNUM, in order to return the real price to the American economy. From the economy of chimeras and financial bubbles again make it the most powerful industrial and scientific and technical asset of the world.

Indeed, under Obama, the de-industrialization of America intensified. Multinational companies have brought material production to countries with cheap labor and low costs. In many industries of the United States there are no commodity enterprises. Head offices, parent companies or developers are now prospering in the country.

Due to the fact that material production went beyond the borders of the United States, and financial capital floated offshore, America began to live in debt. Trump should reverse this dangerous trend for the country. Experts predict that the next task of the new president of America will be the elimination of the heaviest public debt. How to solve it, Donald Trump should know. Still, he went through four full-fledged bankruptcies of his companies and remained a billionaire, remained in the business elite of the country. Such a president-businessman was required today by America.

All these sound versions have arisen for one simple reason: the world may not withstand further stratification of the rich and the poor. Responsible politicians already understand this. As for ordinary Americans, they, perhaps, have only one thing left - Obama’s wish to “be the guardians of democracy” (very much like the advice of the Russian prime minister - “There is no money, but you hold on!”).

However, the American democracy has more reliable guardians. They have already earned billions of dollars on it, and now they are preparing, if not to multiply them, then at least to save ...