January 18 2017
21
Senior British military are sounding the alarm about the unprecedented activity of Russians at sea. Nothing like this has happened since the Cold War. The commander of the British told about the Russians on water and under water fleet Admiral Sir Philip Jones. 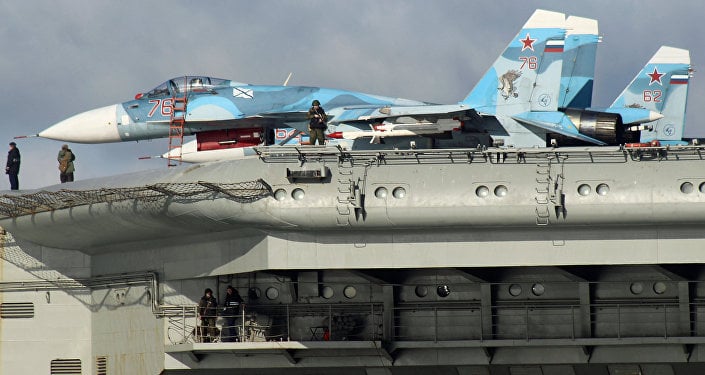 Admiral Sir Philip Jones complained that Russian submarines and warships are extremely active. That activity, which now comes from Vladimir Putin, was not really observed since the end of the cold war, the newspaper notes "The Telegraph".

The message of the head of the Royal Navy came at the very moment when British warships were again forced to become puzzled by the "escort" of the Russian "Admiral Kuznetsov" in the UK area when he returned from Syria.

As reported by the publication of "sea sources", in fact, London is worried not because of "Kuznetsova", but because of the submarine fleet. Surface fleet inspires them much less anxiety. Another thing is the “sharp increase” in Russian underwater activity in the waters north of Scotland. This is what the British really care about.

"British frigates and submarines, supported by NATO allies, are playing an ever more intense game of" cat-and-mouse ", trying to detect and track Russian ships," the newspaper writes.

Analysts fear that Russia's "underwater activity jump" rises to a level not seen from the 1980s. This activity is also accompanied by espionage efforts on British ships that are part of nuclear deterrent forces based in Faslane.

Sir Phillip pointed out in his New Year’s epistle to the navy that in Northern Europe and the Baltic states “the highest level of Russian naval activity in the period after the end of the cold war” was recorded.

His statements lead us to recall the comments made last year by the commander of the US Navy in Europe, noting that NATO was on the verge of a new "battle for the Atlantic." Now, more advanced Russian submarines stand against NATO forces.

Dr. Andrew Foxall, director of the Center for Russian Studies in the Henry Jackson Society (Henry Jackson Society), believes that the waters separating Greenland, Iceland and the UK, which were once the "key battlefield of the cold war," again became the center " secret confrontation.

The expert is worried not so much by the increase in the number of submarine missions, as by the attempt of the Russians to “gather information”. In his opinion, Russia is increasing its presence in the North Atlantic at the same time as other states are curtailed.

Meanwhile, Sir Philip admitted that the Royal Navy is full of problems with a reduced budget, staff hunger and technology. We are talking about the real “black hole” (black hole): the British Navy lacks 500 million pounds. Moreover, the commanders were ordered to find an opportunity to save even more. There are difficulties with the power plants for destroyers Type 45: in the process of repair required, it turned out that their reliability is a big question.

Currently, the frigate and the destroyer of the British fleet are in a state of readiness. Their task is to accompany the aircraft carrier Admiral Kuznetsov when it passes by the UK. This will happen in the coming weeks.

“By the number of ships, Russia is five times behind NATO. And by the number of submarines - only two. Over the past three years, sea trips have increased three times. Under Serdyukov, when he was Minister of Defense, the boats went out only once a year, now they are constantly, ”the expert told the publication.

Roma believes that Russia is now restoring a “balance”: “In the 90s, we believed the West that NATO would not invade from the north. But the alliance began expanding not only to the east, but also to the Baltic countries and Scandinavia. Gradually, to the displeasure of the West, Russia began to restore balance. ”

Recall, the squadron of the Russian Navy, led by aircraft carrier Admiral Kuznetsov, launched the 6 in January from the coast of Syria in the Eastern Mediterranean to the port of Severomorsk on the banks of the Barents Sea in the Murmansk region. This was reported by the Chief of the General Staff of the Armed Forces of Russia, Army General Valery Gerasimov. As notes IA "REGNUM"Gerasimov thanked the personnel of the aircraft carrier for the successful implementation of the tasks.

Last October, we add, the passage of Russian ships off the British coast led by the Admiral Kuznetsov caused quite a stir in London. The press has raised a wave of speculation on the topic of the new cold war: others have added that the Russians will almost land on the shore. In any case news about Kuznetsov, it has become “top-end”: it was discussed by major media, television and bloggers.

The ships of the British Navy, including the destroyers Type 45 "Duncan" and "Dragon", as well as the frigate "Richmond", were engaged in "escorting" the Russian aircraft-carrying squadron. Journalists meanwhile scribbled articles about “as many as TEN heavily armed Russian ships” will do something a few miles from the British coast. True, the valiant English military leaders reassured the people, saying that they would not give the Russians "any chance."

Apparently, having heard these terrible statements, the Russians decided not to storm Buckingham Palace.