An experimental prototype of the fifth generation fighter MiG 1.44. Infographics

January 15 2017
10
The MiG 1.44 MFI (from a multifunctional front-line fighter; the series was to receive the name MiG-35) is an experimental Russian prototype of the fifth generation fighter.


The plane, on which it was planned to install engines with a thrust vectoring AL-41F, was created as a counterweight to the American F-22 fighter and exceeded its American rival in a number of characteristics. Had widespread use of stealth technology. All aircraft weapons located in the internal compartments. Covered with a special radio absorbing coating, the keels of the aircraft were designed by a special method of curved surfaces, significantly reducing the EPR of the aircraft. 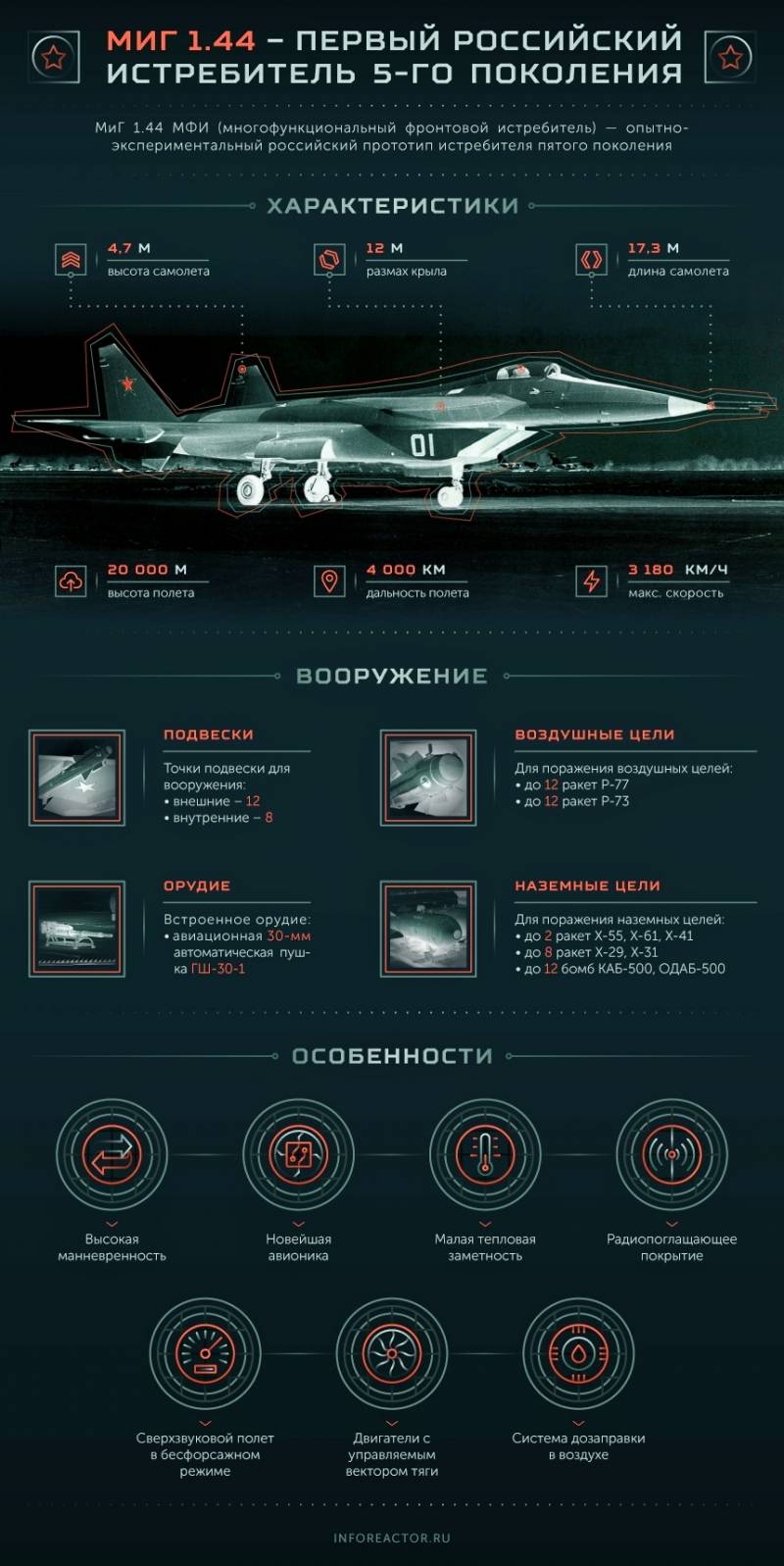