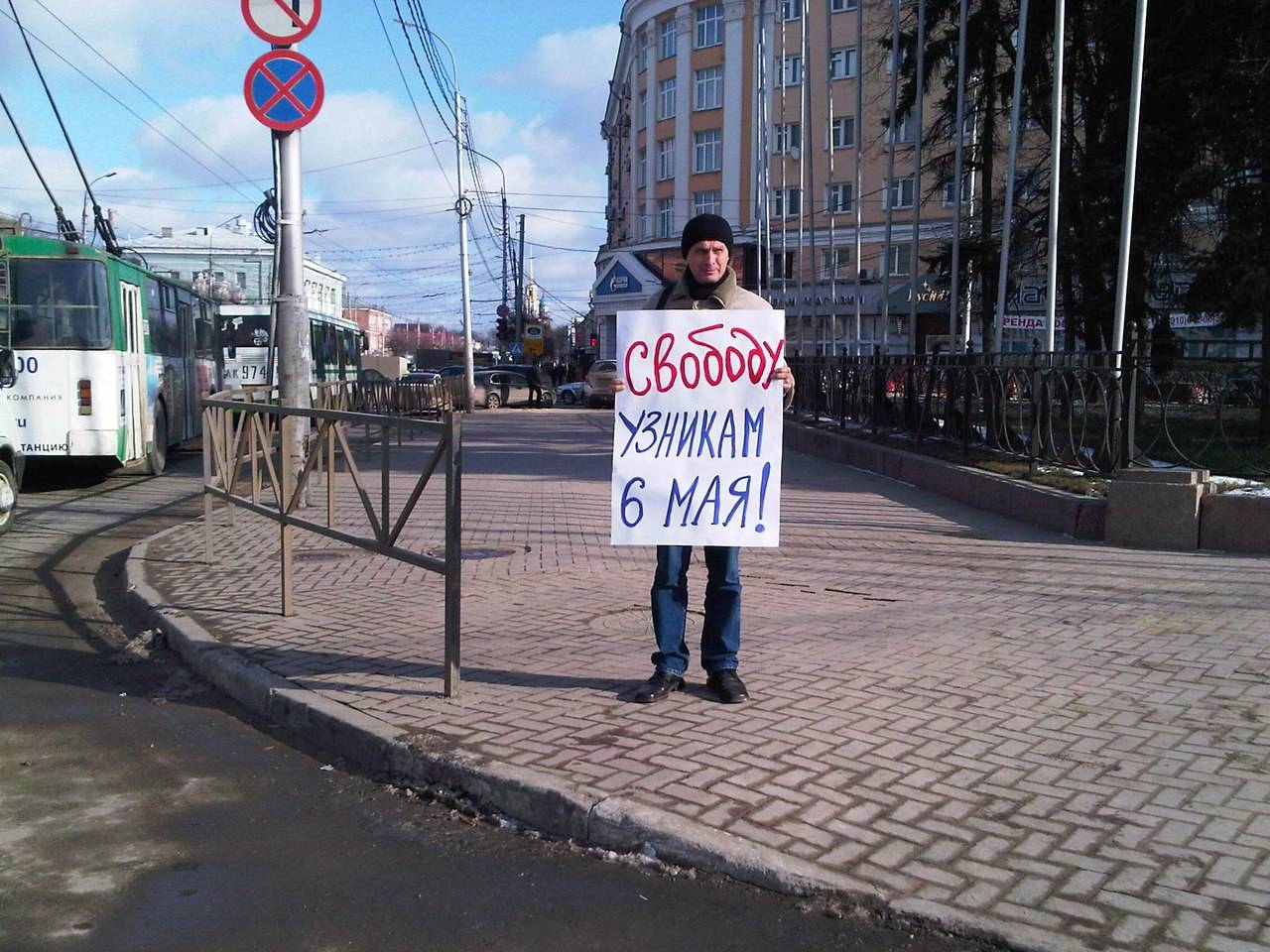 On the eve, in a number of Russian cities, actions were held in support of the “Bolotnaya Square prisoners” and the so-called political prisoners, who in fact turned out to be few single pickets. Let us recall the events to which these events are timed and we will try to figure out what their organizers are going to achieve today.

For a start it is worth saying that such actions are held on the sixth day of each month and are associated with events that took place in May 2012 of the year. Then the “Marsh of Millions” was held in Moscow, some participants of which were in favor of revising the results of the presidential elections in Russia. There was no peaceful protest among the protesters, and, despite the route agreed in advance with the city authorities, they tried to break through the police cordon and walk towards the Kremlin. In the end, the march and rally turned into riots and clashes with the police, resulting in more than 400 people being detained.

Looking back at the events of five years ago, having at the same time the bitter experience of the Ukrainian Maidan behind us, it can be stated with confidence that street protests in May 2012 had all the signs of the “color revolution” scenario. Staged videos of violations during the voting, a powerful PR campaign in social networks, demands for the resignation of the president and the government, as well as participation in rallies of members of radical nationalist groups that became the main striking force in clashes with riot police - components of a single mechanism for changing the political regime in the state .

It is fair to say that among the marchers there were enough those who came to express their citizenship, hoping to solve some pressing problems and questions through a peaceful dialogue with the authorities. However, the leaders of the liberal pro-Western opposition, quickly oriented, tried to convert peaceful marches into mass street riots. This, in general, is not surprising, since it later became known about the links of the organizers of the action from among the above-mentioned figures with foreign political institutions and government funds of some Western countries.

Today, the protest movement in Russia is experiencing not the best times for itself. This is due, contrary to the opinion of the oppositionists themselves, steeped in the secret division of foreign grants, not only with the firm and intelligible position of the Russian leadership, who managed to return to the state a worthy place in the international arena, but also thanks to political maturity and consolidation of society, which has learned to distinguish the line between dialogue with power and extremist provocations.