January 8 2017
22
The company "Stankomash" developed and supplied for the supply of the Armed Forces of the Russian Federation new mine trawls TMT-K and TMT-S. 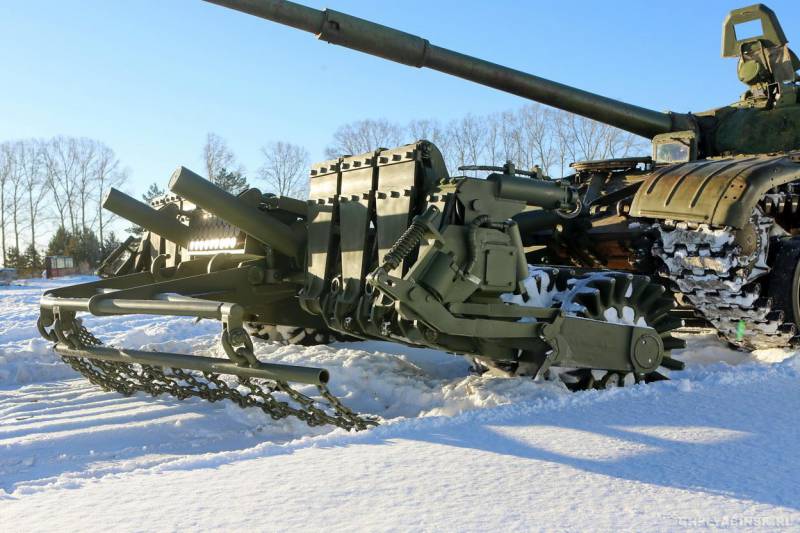 These “products are a consistent development of mine action equipment and meet the highest safety and reliability requirements, and also have a wide range of operating conditions. The manufacture of the TMT-K trawl was made only from materials and components made in Russia, ”said the company's director, Sergei Wittenberg. 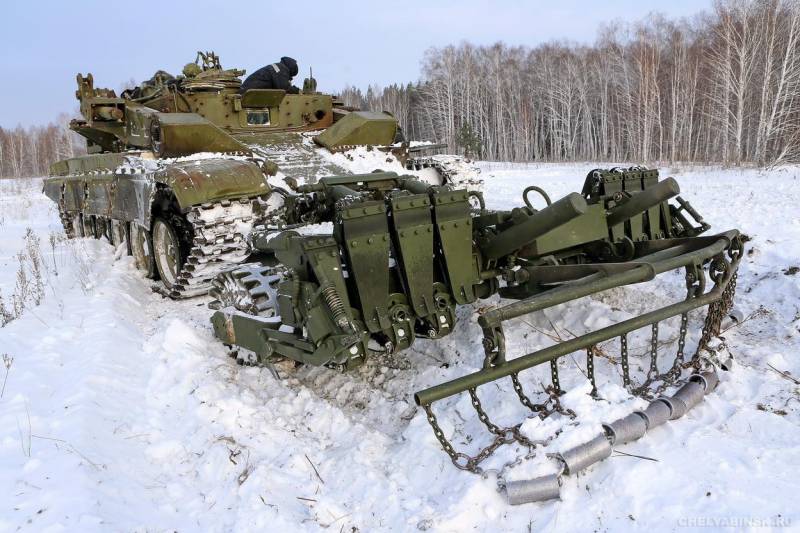 According to him, “the main advantage of the new trawl is the possibility of trawling of anti-aircraft mines and mines that are not installed regularly (by sabotage).” 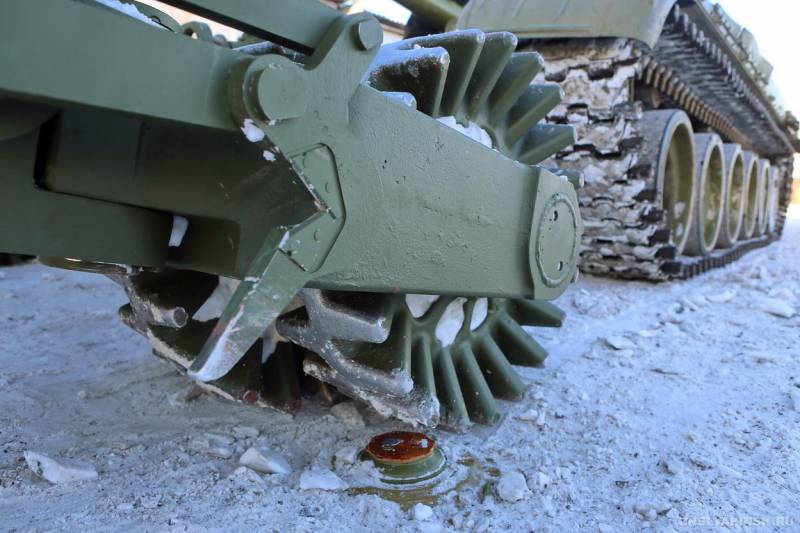 It is noted that the TMT-K trawl, in comparison with previous products, “has significantly less weight, higher maneuverability and level of terrain copying, and can also be installed on all modern and promising types tanks and armored vehicles based on them. ”