December 27 2016
13
Risking one’s life for the sake of saving others — not everyone can choose such a profession for himself, but not everyone is willing to devote his entire adult life to this profession. The rescue profession is one of the most difficult, noble and generally recognized in the world. 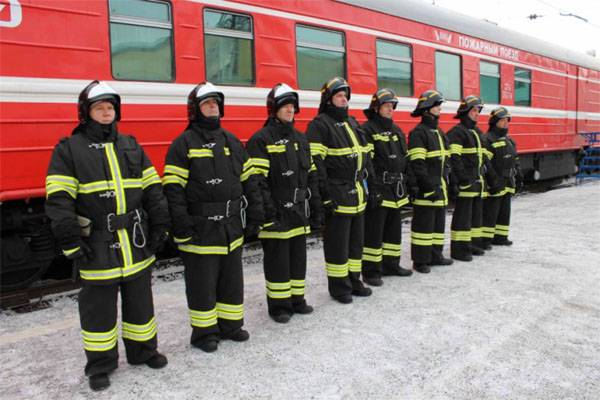 In 1990, the Russian rescue corps was formed that day. The creation of the Ministry of the Russian Federation for Civil Defense, Emergencies and Elimination of Consequences of Natural Disasters (EMERCOM of Russia) was caused by a growing number of natural, man-made and epidemiological emergencies.

One of the directions in the activities of the Ministry is to lead the creation and development of the Russian system of warning and action in emergency situations (RSChS). It was formed in order to unite the forces and means of federal and local executive authorities in the prevention and elimination of emergency situations.

Functional subsystem and emergency commissions include:

- forces and means of observation, and control of emergency situations

- forces and means of emergency response.

Readiness for self-sacrifice in the name of saving lives, courage and bravery are the distinguishing features of the Emergencies Ministry representatives. Courage, determination, quick response, the ability to find a way out of a difficult situation - all these qualities allowed the rescuers to win the respect not only of Russians, but also of citizens of many foreign countries, in which our rescuers confirmed their professional skills. The Ministry of Emergency Situations employs real professionals, for whom daily work is a constant risk, they daily come to the rescue of those who find themselves in a difficult situation involving a risk to life. Their ordinary workdays can be called heroic, and this is unlikely to be pathos. Many of the rescuers have various state awards, 9 EMERCOM employees were awarded the title of Hero of Russia:

Sergei Shoigu - General of the Army, First Minister of the Russian Federation for Civil Defense, Emergencies and Disaster Relief (up to 2012).

Vorobev Yuri Leonidovich - one of the organizers of the rescue service of Russia.

Elistratov Dmitry Viktorovich - the leading technologist of the “Centrospas” unit of the Emergencies Ministry.

Zamaraev Valery Valentinovich - deputy head of the teaching staff of the "Centraspas" squadron.

Many books have been written about the valor and heroism of lifeguards, dozens of feature films and documentaries have been made, monuments and memorial plates have been erected in their honor.

In the city of Moscow, on the Kremenchugskaya street, there is a sculptural group of 3 monuments dedicated to EMERCOM employees (“Emergencies Ministry rescuers”, “Emergency Ministry veterans”, “Mountain rescuers”). At the grand opening of the “Rescuers of the Emergencies Ministry” monument in 2010, Sergei Shoigu said: “This monument is dedicated to the courage and courage of those who, every hour, every minute, come to the rescue and, sometimes, at the cost of their own lives, save another life.” 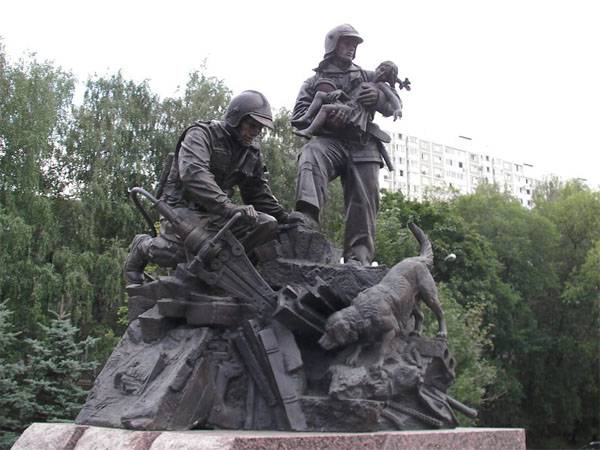 By the way, the 2016 year in EMERCOM of Russia is declared the Year of Fire Protection. This year, the focus is on improving the efficiency of the regulatory system for emergencies, fires and other disasters, raising the level of citizens' knowledge about fire safety regulations, prevention of fire prevention, familiarizing the younger generation with the heroic and courageous firefighter profession.

According to the statistics of fires, according to the Ministry of Emergency Situations, in 1, the number of fires by 2016% decreased in 1 in the half year of 2015, and the number of human victims by 9%. It would seem that the percentages are not as high as many would like, but behind these percentages there are actually hundreds of human lives saved, saving property for billions of rubles.

At a meeting of the Presidium of the Council under the President of the Russian Federation for Strategic Development, Emergencies Minister Vladimir Puchkov said:

We have ambitious goals: to ensure the reduction of the number of people killed, injured and injured as a result of emergencies and fires by 2018%, to 15 of the year - by 2024% by 40.

The department plans to achieve these indicators by purchasing modern equipment, improving the quality of training and retraining of personnel, and most importantly, through targeted preventive work among the population. After all, it is the notorious human factor that continues to play one of the negative roles today in the event of an emergency. 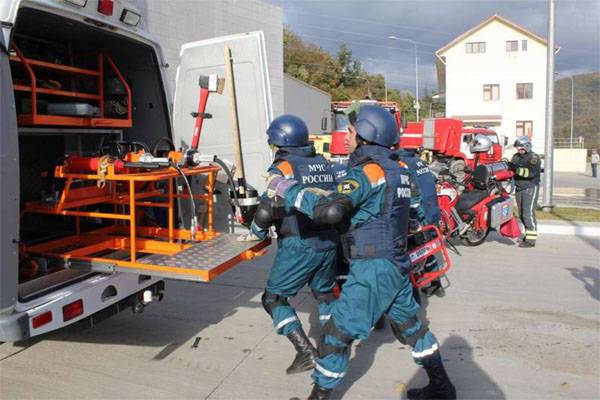 The Department of International Activities of the Russian Emergencies Ministry emphasizes that the Ministry annually improves the methods and mechanisms of emergency humanitarian response. Since the beginning of 2016, 20 humanitarian aid operations have been carried out, of which five are bilateral operations (Tajikistan, Ecuador, Macedonia, DPRK, the autonomous territorial unit Gagauzia). In total, assistance was provided to 16 countries, more than 15 delivered thousands of tons of humanitarian aid, including humanitarian aid to residents of Donbass and citizens of the Syrian Arab Republic. 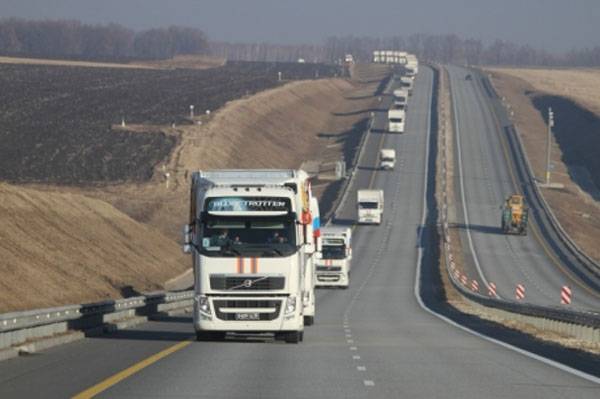 The result of the work of the Ministry of Emergency Situations in 26 years is one and a half million lives saved, five million people who were helped in various situations.

Day of the rescuer is the day of courageous, strong and brave people. Emergencies happen on a daily basis, it is often quite difficult to foresee them, but it is Russian rescuers who are ready to sacrifice themselves to help in a timely manner.