December 20 2016
25
What a beautiful, strong Russian name - Fedor. So the lieutenant of the medical service Fedor Pushin, the Hero of the Soviet Union, was so beautiful and strong. 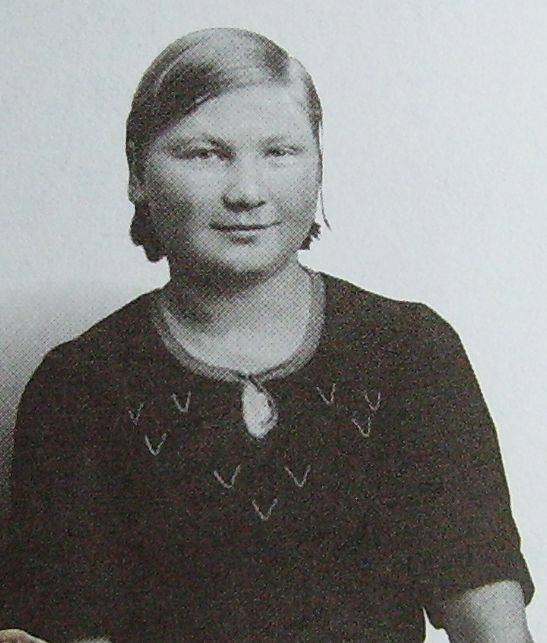 She was born in the distant village of Izh (in some sources - Izh-Zabalalovo) Yakshur-Bodinsky district 1 November 1923 of the year. The Pushin family is big, Fedor is the ninth child. The youngest, but not spoiled. From an early age - in the farm, on the help of his mother. To feed the geese, milk the cow, wash the hut - the girl knew everything. At four years old, she was fishing so skillfully that she gave odds to her older brothers and sisters. I loved and mischievous, ran with the boys and in no way inferior to them. Sometimes it came to a fight, but Fedor’s hand was heavy, not everyone could cope with it. A deft was - like a cat. Once, however, climbed behind the bird cherry very high, fell, lost consciousness. Ill, but, fortunately, it cost.

She finished the seven-year-old very well, and then, following the advice of her older brother, entered the medical assistant’s school, which was located in Izhevsk. Fedora’s elder sister, Anna, lived here. But the girl, who was used to the household and was carrying a lot of physical work on her shoulders, could not adapt to the new conditions, conditions, or people. She loved the medical business and understood it, but it was given by great difficulty. Classes, homework, exams - everything seemed somehow superfluous. And maybe Fedora left school and returned home, if it were not brothers and sisters. They persuaded not to give up. Anya told how Fedor would arrive in his native village — not the winner, but the vanquished. Brother Paul wrote that it was impossible to turn fate back; it was necessary to endure and then look back at the past with joy, not shame.

And Fedor obeyed and remained. Soon the study changed, but for a very sad reason: the Great Patriotic War began. Terminate paramedic school had to accelerate.

At the beginning of 1942, the graduate was sent to the village of Kekoran, in the medical center. From the first days of work, it became clear to the girl that the real difficulties were not during her studies, but now. The staff of the point is very small, there were not enough hands, and in fact people were not less sick from it. You could say Fedora worked for seven. Imagine, she even performed simple operations, and everything was successful. There was a case that identified appendicitis in a three-year-old child and she cut it out.

In the spring of 1942, the girl was drafted into the army. She was not afraid of the front edge - danger lurked both at the front and in the rear, and there was no talk of rest anywhere. But sincerely worried about my patients: how now without her? True, to replace Fedor sent a girl - smart, capable and hardworking. And Fedor was waiting for the war. She became the military leader of the 520 Infantry Regiment of the 167 th Sumy Red Banner Infantry Division, which at that time fought on the 1 Ukrainian Front.

More worries fell on Fedor Pushin’s strong shoulders. She was not afraid of anything, climbed into the thick of it. Once I took out a wounded division commander from the battlefield (although he ordered to leave him) - and literally a minute later, a shell exploded at the place where he was lying. In February, the 1943 of the Year “Sister Fenya” (the fighters so affectionately called Fyodor, and also Fiona) gathered 45 wounded people who could move around right during the battle, and took them out of the mortar fire to a relatively safe place. On another occasion, she rescued a contused soldier surrounded by several fascists. Fedora quietly picked up, coolly and quickly shot the enemies from a machine gun, with which she never parted. And she shot perfectly. The divisional commander offered the girl many times to go to the sniper school, but she refused: there were not enough hands among the nurses.

Here are the statistics of only one day - February 11 1943. On this day, 57 wounded soldiers passed through Fedor’s hands (for which she was awarded the Order of the Red Star). For a moment, distracted. Recently, when I was in the clinic, I learned that today 6-7 minutes are allocated for patient reception. During this time, the doctor must have time to listen to the patient, examine, diagnose and write an appointment. Fedora did not listen to the fighters, did not watch her throat, did not write prescriptions. She stopped the blood, bandaged, carried or dragged to the medical center. How much strength and will you need to have in order to help so many people in one day?

“The government rewarded me with the Order of the Red Star for military service,” Sister Fenya wrote home. “I swear this is not the last award, mother, I have enough strength ...”

... And now - fighting for Kiev. Fedor writes home hopeful news. Rather, rather, free the city! It seems to her that our soldiers will do it - and a huge war will end very soon. The suburb is already busy - Svyatoshino, Fedora is working in the hospital. It does not take a day for more and more wounded not to arrive. The girl helps everyone. Next to her is a colleague and friend, the commander of the sanitary company Nikolai Kopytenkov. They do not sleep, carry large bags with medicines behind their backs, so as not to waste extra minutes on going after them.

And in the early morning of November 6, bombers howled over Svyatoshino. Direct hit in the hospital. Fire. Smoke, screams. Who can - is chosen by himself. But the majority are not able to get out of the hospital on their own, he turned from a saving house into a prison. Fyodor in the hands makes the wounded, one by one. Searches for their voices, in the smoke nothing is visible. Finds by touch. And returns to the fire again and again. She is afraid that many have already lost consciousness and will not call for help themselves.

But the fire at this time does not give any indulgences - it slowly covers the entire hospital, time is getting less and less ... Less and less ... But this is enough for Fedor and Nikolai to save all the wounded. After the last fighter, the girl rushed at the very moment when the building was about to collapse. She pulled him on his shoulders, the soldier was unconscious. And she came back again to check if all of a sudden someone was alive. There was no one, the hospital was empty. But the strength to go back was not enough. 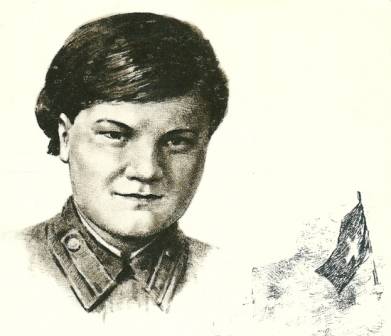 ... Half-dead, burned by Fyodor, was taken out Nikolay before the collapse. Save her life failed. Fedor Andreevna died, she was twenty years old. And out of thirty wounded people who were taken out of the hospital that day, no one died from burns or carbon monoxide.