In St. Petersburg, completed collections hydrographs of the Russian Navy

December 15 2016
6
In St. Petersburg were collected hydrographs of the Navy, reports RIA News message of the Ministry of Defense of the Russian Federation. 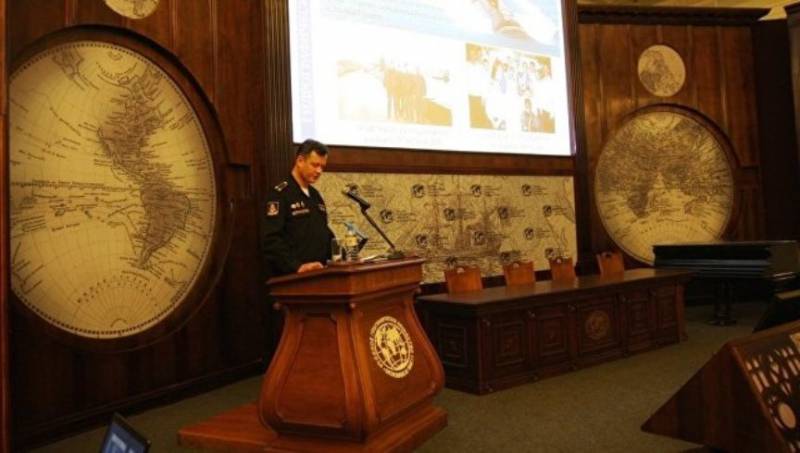 It is noted that “the chiefs of the hydrographic services of the Northern, Pacific, Black Sea, Baltic Fleets and the Caspian took part in the collections flotillaas well as the heads of 15 hydrographic regions, the heads of lighthouse services, students of the Arctic faculty of the State University of the Sea and River Fleet named after S.O. Makarova. "

“At the training camps, the report of the Head of the Hydrographic Service of the Baltic Fleet, Captain 1 of the rank of Andrei Anisin, was presented for the first time on the results of the Antarctic campaign (6 November 2015 - 15 April 2016) of the naval research ship Admiral Vladimirsky. A long hike to the shores of Antarctica was carried out along the route: Kronstadt v. Algiers v. Suez v. Jeddah v. Victoria v. Elvil v. Maputo v. Cape Town — Antarctica v. Cape Town - v. Luanda - p. Malabo - p. Lisbon - p. Kronstadt ", - said in a release.

“The report emphasized that the St. Andrew’s flag returned to Antarctica on the eve of the 200 jubilee of its opening by Russian sailors - the expedition of F.F. Bellingshausen and M.P. Lazarev on the Vostok and Mirny sloops, which will be celebrated in 2020 ... During a visit to the Seychelles, the personnel of the OIS Admiral Vladimirsky expedition could be found on the current cemetery of Mont Fleury Russian military burial - the grave of a senior shipbreaker cruiser 2 rank "Robber" of the Russian fleet A.I. Krupenina, buried on an island in 1898 year ",
told the press service.

The forum participants also discussed the work of Black Sea hydrographists in 2016: integrated oceanographic research in the Black Sea in the Kalamitsky Bay area. In addition, they discussed the "unique research of the Northern Fleet of the Arctic seas, the expedition of the Russian Defense Ministry and the Russian Geographical Society on the island of Matua". 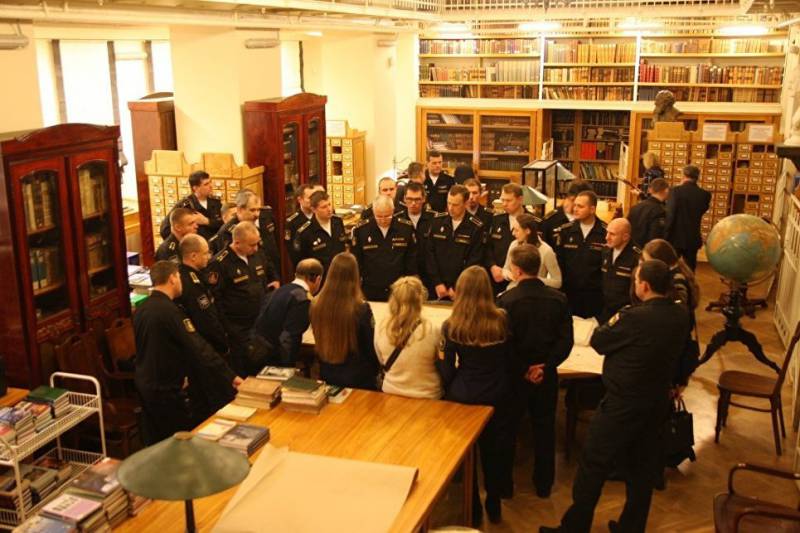