December 15 2016
240
In general, even the head of a fish is a compound thing. There is a brain, there are eyes. And there are gills. That something there is filtered and sent somewhere. Now, if applicable to the fish theme, then we want to talk about the gills. 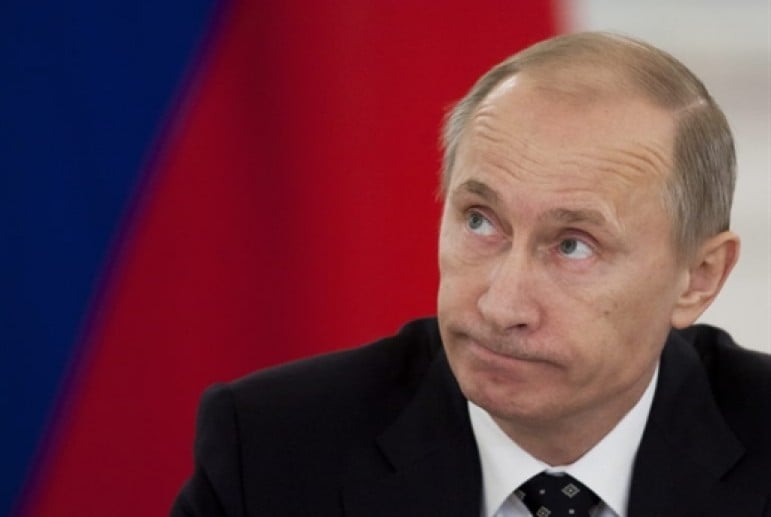 How interesting we live. Any lawlessness that is being created on the ground is quickly corrected after the intervention of the country's president personally. The court that put a person on a knowingly false charge. Or repair of roads where for many years there are only directions. Or craze bureaucracy science. The main thing that Putin expressed surprise or discontent. And everything will go like clockwork.

To begin with, we will bring to your attention a mix-roller from Andrey Karaulov. We are not fans of the “Moment of Truth”, but the fact that it (the moment) has come here is obvious.

How can I comment on this? The fact that the ruling political and ruling economic classes were fully formed in Russia. Although, in principle, this is the same thing. "New noble". And this class lives quite well. At our expense.

If only Sochi ... There are plenty of examples around!

Penza canceled free travel to schoolchildren. There is no money in the budget. But they raised salaries to administration officials. There was money for it.

In Voronezh, right after the last elections, the social routes of buses were abolished. They promised to remove 2017 from January, but what to expect until January, right? The buses immediately moved to the routes belonging to the city administration. Paid, naturally. There is no free money.

But on the Christmas tree in the main square there was money. 7 200 000 (seven million two hundred thousand) rubles. Cheaper did not work. The Christmas tree is being mounted, but I wonder what kind of miracle it will be. For such a money. Last year's pictures are available, comparable.

Omsk can also be touched. And Saratov at the same time.

Remember how many copies were broken after the address of one of the residents of Omsk personally to Putin during a live broadcast on the Omsk roads? Journalists and cameramen immediately remembered the existence of this city. On most federal channels, federal officials began to speak, deputies of all stripes, scientists ... It turned out that everyone knew everything for a long time. But someone else did not answer all the questions and requests. And there was no money.

Gave money. Not just given, showered. Exactly as much as the authorities requested. And the result? The result, I tell you, just stunned.

There is a special body in Russia, which, among other things, is doing just that. Checks results. And this body is called the Accounts Chamber of the Russian Federation.

So, the representative of this chamber, Sergey Bogomolov, said that over the past year, the Russian regions spent only 86% of budget money! With a massive "crying" of officials about the underfunding of this industry - only 86%!

And in Omsk, the figure is even smaller. 60,4%. Like this: not stolen, so not mastered! The worst result in Russia. In Saratov, things are not much better. 64,1%. And also instead of roads directions.

This situation is already quite clear understanding. Telns break with a bang, oaths and assurances to the cameras are given in batches, "dear Vladimir Vladimirovich" should be supposed to melt in the rays of adoration and understanding of the gentlemen of regional rank.

But in fact, more and more “bases”. And, like moles, local officials continue to dig-dig-dig, steal-steal-steal.

This is probably a virus like that. So harms the psyche that no longer stop. Why, the "ruling class"!

It is unpleasant when normal progress in our country begins only after Putin expresses displeasure. Then yes, they will move. And actively, especially if everything does not concern these particular gentlemen.

The surprise that accompanied the uncovering of the impartial facts of the "ruling elite" will sooner or later be replaced by anger and outright hatred. As it happened once in our stories. But it is necessary to continue the course taken if we really want to live as citizens of a great country, and not as an “electorate” that looks more like a serf for “new nobles”.

Mass executions? Yes it would be nice. And surely many would be guided on the right path. Passed through. But we have a “not 37 year”, unfortunately.

We must begin not only with the return of the stolen, as in the case of utterly impudent Sochi judges, but with confiscations. And not from a single official, it’s all a water out of a goose like polystyrene axes. They, officials, an errand, erratic, disintegrated. One paycheck and alive.

They are wives-children-in-law at them, as one, great and talented businessmen. While fathers-husbands are not sparing themselves, they care about Russia, they earn their daily bread with hard work. And, we note, judging by the tax returns, many times more heads of families.

So if a miracle happens, and the article about confiscations from all members of the family of brazen nobles will be accepted, then I am sure there will be no problems with the budget.

Lukashenko, by the way, this practice works very well.

Must be "stolen - sat down - all lost." Then, perhaps, we will talk about the theme that "life has become better." Only those who are in the "ruling class" are having a happy life today.

We often hear about personnel shortages in public administration. Especially often talk about it in the regions. No experts. Ditched vertical power lift. But, forgive me, but such specialists, who now ignore even direct instructions from the President of Russia, are very necessary for us? And second, do we have bodies in the regions that can really monitor the execution of the presidential instructions? For the execution of laws? For the quality of work? Are there those who were punished for sabotage? Questions, questions, questions ...

And, unfortunately, as answers, all the same thoughts about landings and seizures. Yes, some real hope that Putin has enough time and effort to put this mess in order to get the hooligans mad with their impunity.