Vladimir Putin in an interview with Japanese media: "Russia has no territorial problems with Japan"

December 13 2016
57
Before the official visit to Japan, the President of Russia gave an interview to the Japanese television company Nippon TV and the newspaper Yomiuri. Almost immediately we were talking about a “territorial dispute” between Japan and Russia. That is how the question was posed by a Japanese journalist. The president of the Russian Federation answered that Russia has no territorial problems with Japan. 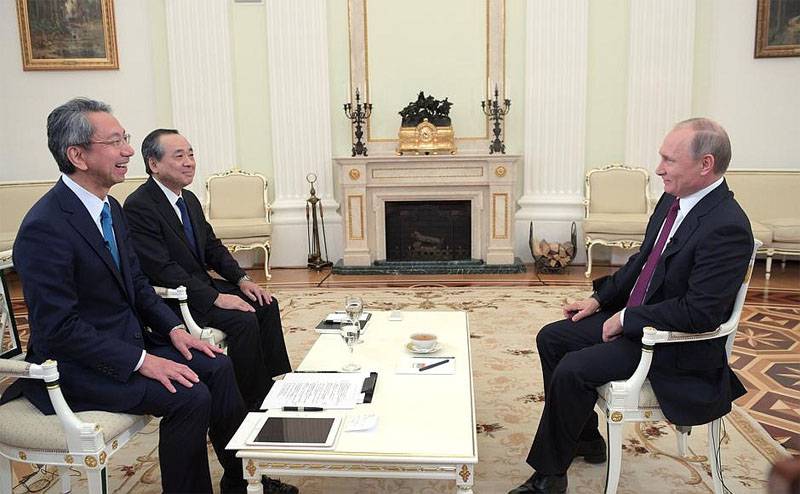 According to Vladimir Putin, it is necessary to build an atmosphere of trust, friendship and cooperation between the two states. In addition to trade and economic ties, according to the Russian leader, we can talk about the application of joint efforts in the field of international security.
Vladimir Putin noted that the situation in which there is no peace treaty between the two neighboring states, he considers an anachronism.

The Russian president added that Russia would sign a peace treaty on the basis of its own interests.

Recall that the Russian president will make his visit to Japan on December 15-16.

By the way, Vladimir Putin’s meeting with Japanese journalists began with the fact that they inquired about the health of the Yume dog. This Akita Inu dog in 2012 was presented to Vladimir Putin by the governor of the Japanese prefecture Akita. Vladimir Putin showed the Japanese guests Yume, who was in a great mood ...