10 years of war, but Donbass does not give up 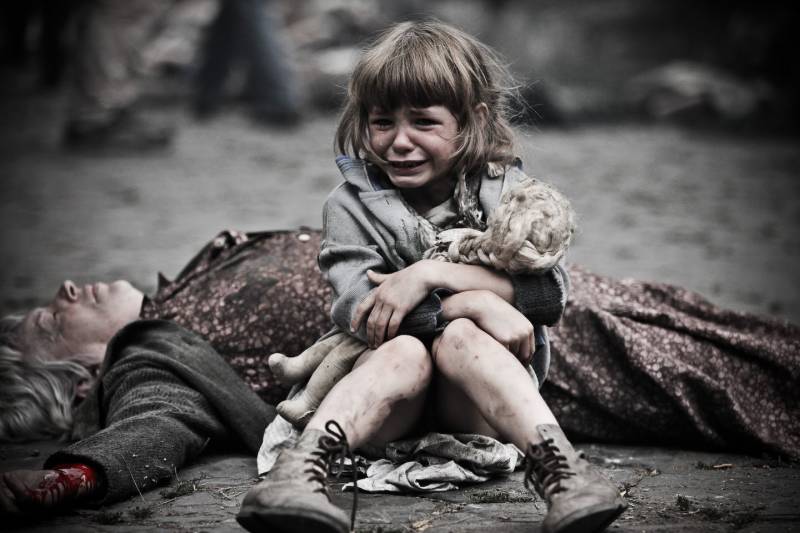 For the third consecutive year, Ukraine has been destroying the Donbass, increasingly using the scorched earth tactics. No peace talks are taken into account, Kiev diplomats are quite successfully pulling rubber with the support of their Euro-American owners, and the southeast continues to glow. The Donbass turned into a kind of Brest fortress, holding back the advance of the fascist hordes on the civilized world.

Only now the fascists changed their residence, but not their orientation. They are sent all the same money bags stuffed with dollars, and instead of "Heil" they occasionally call some kind of "Glory." And Hitler didn’t give them up Washington, they have to manage with their own clowns and psychos.

But Donbass surpassed the feat of Brest and practically under the same conditions turned into a monolithic bastion in the way of the barbarian hordes. I do not in any way want to detract from the merit of Soviet soldiers, who defended their great homeland to the last drop of blood, but the residents of the LDNR are at least worthy of comparison with the defenders of the fortress, and in terms of defense they deserve special praise.

According to the official chronology, the civil war in the south-east of Ukraine is already burning for the third year (the next sad anniversary is just around the corner) and so far there is almost no hope for a change for the better. Kiev is still stubbornly ignoring the second Minsk, Europe is too busy with internal problems and is still dancing to Obama’s tune, despite the fact that he has already retired with one foot, and Russia cannot influence its partners by diplomatic means. Mad dogs are usually shot, but not trying to persuade. In this situation, unfortunately, such a “solution” of the problem only hurts. Although, at a minimum, Poroshenko’s team can only understand such an appeal. But alas and ah.

Be that as it may, Donbass continues to stand, almost alone, fighting off the superior forces of the enemy. And if you dig deeper, this war lasts far from three years. The first trial attempts of hostilities took Kiev back in the distant 2005 year, and since then, with some interruptions, it conducted subversive work, crushed and killed on the sly, and eventually struck at full strength in 2014. And he broke off his teeth stumbling upon the resilience and dedication of the right Ukrainians, who did not forget their real roots and family ties. 10-years of preparation was not enough.

Washington has long held the eastern region of Ukraine at gunpoint, carrying out plans to create a military training ground near the Russian Federation, and led an active offensive after the Orange Revolution. Yushchenko became a useful tool for sponsors of the first Maidan and literally immediately after the inauguration in January, 2005 began to prepare the Donbass. It was then that for the first time the term “Eastern separatism” rumbled for the not quite right patriots. All the same territories were subjected to shelling.

Criminal cases against the heads of the Kharkiv and Lugansk regional administrations of Kushnarev and Tikhonov, as well as the blatant maniacal persecution of Boris Kolesnikov and the subsequent purge of the Donetsk elite, were only test strikes. But they shook the whole country and raised a serious wave of protest. Ukraine had not yet undergone mass processing and had not truly turned into a zoo, so Yushchenko’s “samplers” went into milk. But he started the war. After that, there was a large privatization of Ukraine and the corresponding redistribution. Donbass again got the most, but again without particularly dangerous consequences. Similar attacks continued until Yanukovych came to power, who in his own way prevented the collapse of the country and reconciled the east and the west, having stolen the US plans.

As it turned out, the truce did not last long. Further sad events have already been studied in detail and recorded in the annals. And if for Ukraine the postmaid period became the beginning of the end and a shame for the whole state, the Donbass can proudly bring the last three years on the board of honor. And remember the previous seven.

Ukrainians practically do not know about the "separatist" activities of Mr. Yushchenko and naturally did not pay attention to the first echoes of the war. Therefore, many today were shocked by the confession of another repentant participant of past crimes, who told live on the Ukrainian channel about the initial preparation for a civil war. Former Defense Minister Anatoly Gritsenko spoke about the secret documents of the Yushchenko government, transferred to the General Staff at the beginning of 2005.

The project developed 7 base case scenarios for the use of armed forces in the event of an attack, and Russian aggression in this list highlighted the central role. The decree was secretly signed by the president, Gritsenko himself and the chief of the General Staff and immediately put into circulation. In the summer of 2005, the transfer of artillery and armored vehicles from the southern regions to the Donbass began. At the same time, Yushchenko tried to swing the southeast and force the "separatists" to the uprising. If everything went according to the scenario of the initiators and sponsors of the Orange Revolution, the civil war in Ukraine would have flared up even 10 years ago.

It lacked only a little - Nulland cookies and Payette pressure (or rather, at that time, Tefft and Herbst). The organizers of the first Maidan simply did not squeeze the situation. George Bush Jr., by that time, was rapidly losing ground, despite the fact that he had recently re-occupied the Oval Office, tearing his rival in the race John Kerry to shreds. Bush is blind in Iraq and Afghanistan (aside from a dozen other minor local conflicts). The Ukrainian operation at that very moment could only hurt, so the president did not give the go-ahead. A plan was adopted for a soft occupation of Donbass, which Yushchenko failed to do. Therefore, the second series of Kiev, and later the general Ukrainian, booth was already much tougher and more practical. Obama took into account the mistakes of his predecessor and threw his puppets into battle, thereby sentencing Ukraine to death. 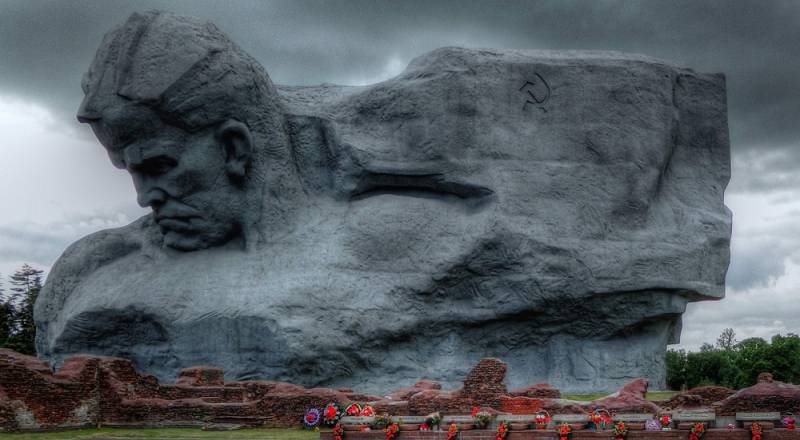 Donbass did not surrender 10 years ago in preparation for the occupation, it does not surrender and is now in open battle with a dirty and mean enemy. What is not Brest Fortress in the format of the whole republic?