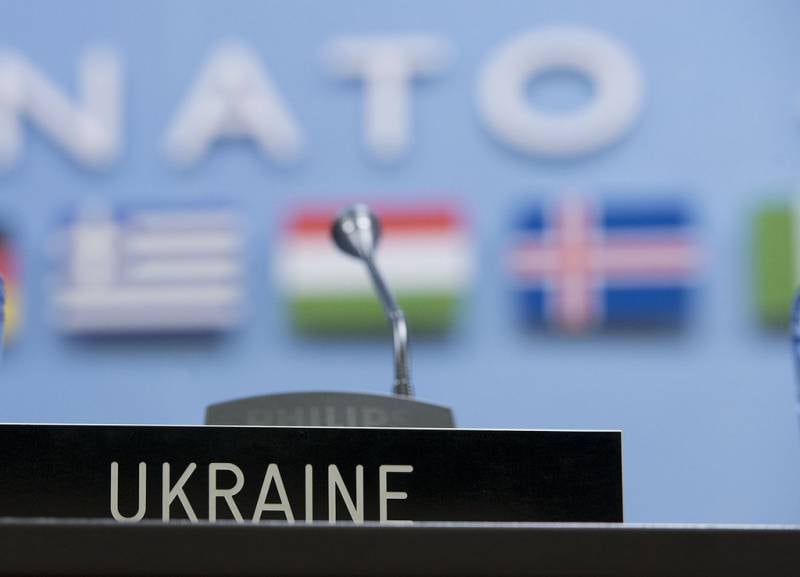 Last week, representatives of Ukraine and NATO held a series of meetings. The results of the talks once again showed that the dreams of Ukrainian politicians for generous support from the alliance, it seems, never came true.

Recall that in early September, President of Ukraine Petro Poroshenko said that the country's military-industrial complex should be fully aligned with NATO standards by the year of 2020, without specifying from which sources the planned modernization will be financed.

It seems that the Maidan authorities expect that the costs of rearmament will be borne by representatives of the military-political bloc. It should be noted that the dilapidated state has no financial or production capacity to carry out reforms in the military sphere at its own expense. A striking evidence of this is the recent scandal with the Ukrainian M-120-15 “Hammer” mortars, which rusted before they could get off the assembly line.

Be that as it may, representatives of the North Atlantic Alliance are still not in a hurry to pay for the militaristic desires of Kiev, but at the same time regularly provide the country with signs that do not require financial investments.

Last week, the NATO Support and Procurement Agency Conference was held, which resulted in the signing of an agreement with the NATO security and procurement agency. However, despite the access to the logistics base of the alliance, the empty treasury of Ukraine will not allow paying for military goods for a long time. Is that at the personal expense of politicians who, unlike the population of the Square, to put it mildly, do not live in misery.

Apparently, such a scenario does not suit the people's representatives, pushing them to new attempts to dekulakize Western patrons. A good example of this is recent missile firing near the Crimea peninsula, on the results of which Kiev was quick to tell the North Atlantic Alliance.

So, on Friday at a meeting of the Ukraine-NATO working group, Deputy Secretary of the National Security and Defense Council (NSDC), Oleg Gladkovsky reported on the results of the exercise, and at the same time reminded about Poroshenko's proposals on the modernization of the Ukrainian armed forces. However, the financial hint was once again ignored, and the parties limited themselves to discussing the results achieved and deciding to continue cooperation in 2017.

There is every reason to believe that NATO’s cold reception is associated primarily with Kiev’s decision to move away from the stated plan of the exercise. It should be recalled that initially the Ukrainian politicians wanted to deepen the zones for rocket firing at 12 kilometers into the airspace of Russia, but the reaction of Moscow cooled their ardor, and the maneuvers were completely transferred to the territory of Ukraine. As a result, the recent launch of missiles using the C-300 complexes became another unprofitable event, following which the country lost its Soviet legacy without receiving anything in return.

One gets the feeling that Ukrainian politicians have decided to adopt the experience of Poland and the Baltic states, trying to become the next freeloader around the neck of the military-political bloc. Only here the problems of the new dependent are much more and, apparently, the West does not plan to pay them.