December 2 2016
116
The five CAN-S 155-mm self-propelled howitzers of the French army located at the Iraqi base Kayara-Zapadnaya are likely to be moved north closer to the front line, reports bmpd with reference to the newspaper L'Opinion. 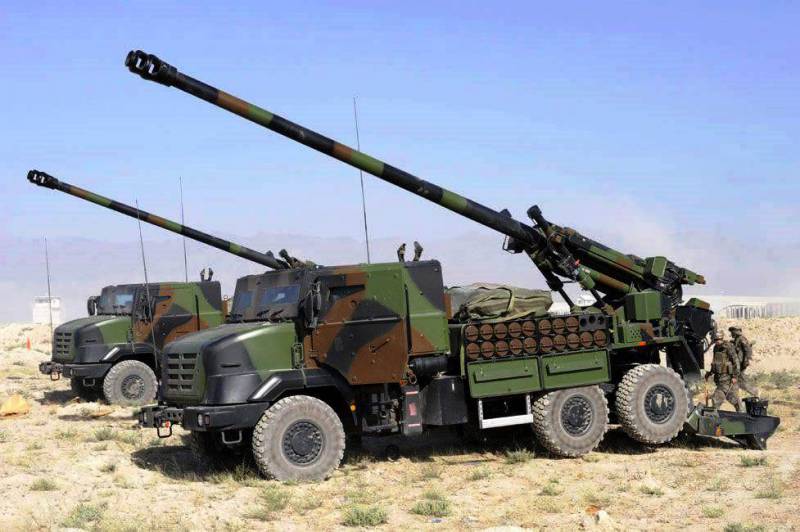 “The explanation is simple: the CAESAR 155-mm / 52 cannon has a range of 40 km. Most of the centers of resistance of the Islamic State (banned in the Russian Federation), which were in reach from the Kayara-Zapadnaya base, are being destroyed, and the epicenter of the battle is shifting east of Mosul, at a distance of 65 km from the base. That is, the artillery must relocate, ”the author writes.

According to the newspaper’s source, the self-propelled howitzers and the French gunners themselves, who are part of the operational group Vagram, “are very impressive with their capabilities,” since they can “put a projectile from a distance of 40 kilometers within a meter from the target.”