November 30, 2016
11
The United States Department of State issued a warning to US citizens about the increased risk of terrorist attacks in Europe, especially during the New Year holidays. “According to reliable information,” the State Department said in a statement, “Islamic State, Al-Qaida (terrorist groups banned in Russia), as well as their branches continue to plan terrorist attacks in Europe.” As American diplomats emphasize, caution is valid until 20 in February of next year, but participation in celebrations is particularly dangerous. 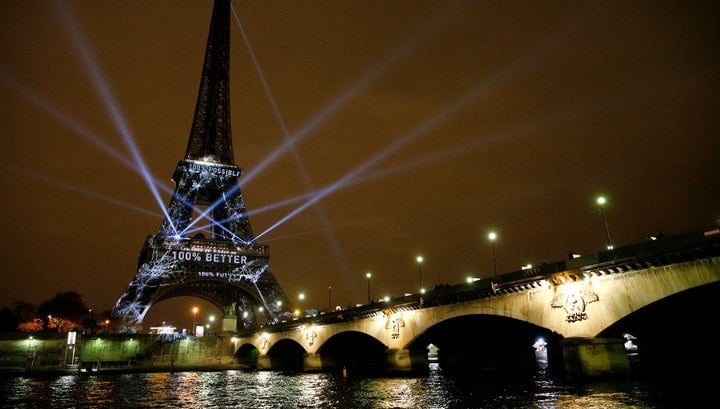 In the field of view of international terrorism

“This is not a propaganda step, but a serious proposal,” commented the warning of the Americans to the Deputy Chairman of the Committee on Defense and Security of the Federation Council, Franz Klintsevich, and recommended to compatriots “to celebrate holidays at home.” Klintsevich - very informed senator. His public forecasts are often confirmed by practice.

So, it turns out, the warnings about activating terrorists in Europe sounded on both sides of the Atlantic. The Europeans themselves feel the danger. A week ago, French security officials detained seven people suspected of preparing terrorist attacks in Marseille and Strasbourg.

According to the Minister of the Interior of France Bernard Kaznev, for a long time both groups planned terrorist attacks and were already ready to implement their December 1. They targeted Disneyland and Champs Elysees in Paris as targets. Among the detainees - young French, Afghans and Moroccans (the oldest 37 years). They are suspected of having links with international Islamic terrorist organizations.

The French episode was already private for today's Europe. Prior to that, in Leipzig, the German police on the second attempt detained 22-year-old Syrian refugee Jaber al-Bakr. The first time al-Bakr wanted to arrest in the Saxon city of Chemnitz, but unsuccessfully. Syrian managed to escape from the police. Then in his apartment found explosives. After the detention, the criminologists finally became convinced: al-Bakr was preparing a terrorist attack using a homemade bomb.

Already after the arrests in France, the Spanish police conducted a successful operation. As reported by Reuters, the Spaniards detained four people suspected of involvement in a criminal network for transporting people to Europe. According to the police, this network operates under the control and in the interests of the Islamic State organization.

It is believed that militants are sent to Europe in this way to carry out terrorist attacks. It was not by chance that the Spanish police undertook to investigate the probable connection of the detained four with the accomplices of the militants who committed the terrorist attacks in Paris arrested last year in Austria.

The Spaniards are seriously concerned about the security threat in the country. For a year, on suspicion of involvement in terrorism, the country's authorities detained about 170 people. Is it a lot or a little? We remember the tragedy of July in Nice, when a lone terrorist killed more than 80 people and injured around 200. French Prime Minister Manuel Valls then made a sad conclusion: "The times have changed, and France will now have to live with terrorism."
European media criticized the French premier. They wrote about his confusion, excessive pessimism. Meanwhile, the unfortunate recognition of the Waltz was confirmed in a report published this summer by the EU police service. It’s just a killer statistic: in 2015 a year, 211 terrorist attacks of various degrees of danger occurred in Europe. The Minister of the Interior of Germany, Thomas de Maiziere, spoke in the tone of his French counterpart: "Germany is in the field of vision of international terrorism."

From refugee to militant - one step

According to the BND, there are special trainings for Islamist supporters. They are taught “how to respond to polls by police officers or officials who take asylum applications so that they recognize them as typical refugees.” So it is easier to get into European countries and settle in them.

In this regard, the newspaper Welt am Sonntag notes that all nine militants who staged terrorist attacks in Paris 13 November 2015 of the year, came to Europe under the guise of refugees. One of the organizers of the terrorist attacks, who made the bombs, was never found. The investigation believes that he was able to return to Syria. In other words, the “Islamic State” not only established the channels for transporting its militants to Europe, but also their return.

When this information spread, many refugees were shocked that among them were those from whose atrocities they are trying to hide in Europe. However, Europol does not create illusions about this. The European Police Agency warns that there are people among the refugees who are susceptible to radical ideas.

The same opinion is shared by the head of the Federal Office for the Protection of the German Constitution, Hans-Georg Masen. He sees a real danger that Syrian refugees will become targets of "recruiting Islamist extremists." Masen is referring to the so-called "backyard mosques." According to experts of his department, “Salafist groups are purposefully trying to establish contact with refugees. By offering help in daily affairs, they try to win over to their side. ”

Nevertheless, the main strike force of Islamic terrorists today is militants who have been trained in special camps. According to the same Hans-Georg Masen, only along the "Balkan route" to Europe under the guise of refugees penetrated 17 of established terrorists.

In local media, this figure is considered underestimated and more willing to publish data from other special services - the Federal Office for Criminal Cases. He has accumulated "400 reports that militants, supporters or members of Islamist terrorist organizations are among the refugees."

As you can see, there are many different interpretations in the estimates. Recently, Dick Schof, national counterterrorism coordinator in the Netherlands, contributed to them. He made a statement to the press that in Europe there are from 60 to 80 militants of the Islamic State terrorist group, introduced here to prepare for terrorist attacks and recruit supporters.

And with such uncertainty in understanding the magnitude of the looming misfortune in Europe, they began to strangely say that in the long run refugees would protect Europeans from terrorist attacks. British expert Robert Verkaik, for example, thinks that if “the government of Angela Merkel and the population of Germany demonstrate with their solidarity that Germany is not at war with Islam,” “Muslims living here can begin to cooperate with the secret services - in their own way gratitude and to draw a clear line between themselves and radical Islamists. "

Verkaik published his new vision of multiculturalism in The Independent in London and found grateful readers. His idea of ​​cooperation with refugees was picked up by the Minister of the Interior of Germany, Thomas de Mezieres, and even proposed a new concept of national security.

De Maiziere, in particular, plans to create a bureau in which refugees could apply in their native language, inform the special services about the suspicious behavior of people they know and, thus, identify potential criminals. The minister does not explain how his idea will overlap "mosques in the backyards." Probably, it is not so important, the main thing is to show the society that the authorities are searching for ways out of the uncertainty with protection against terrorism that has developed in the minds of Europeans today.

In the meantime, security services in Europe have already seen the security services of countries far from the European Union. Feeling a certain helplessness of Europeans, they attended to the safety of their citizens. Warned about the possible danger of them, and the whole world. And this warning today seems not at all superfluous ...