Euroskeptics on the road to power 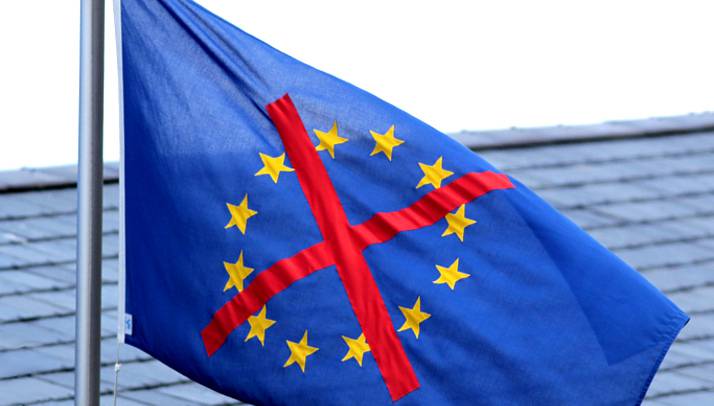 In the countries of the European Union, criticism is increasing in relation to further integration. Non-complementary statements are heard not only among the population, who give more and more votes to opponents of a supranational association, but also from the very tops of the political establishment of European countries.

Thus, the President of the Federal Republic of Germany Joachim Gauck proposed to pause in the deepening of European integration. In an interview with the German newspaper Welt am Sonntag, he stated that he paid tribute to the "peaceful integration project", which, he said, previous generations could only dream of. However, the speed with which the deepening of interdependencies between the EU member states took place did not always attract approval among some German citizens, which is cause for concern.

Indeed, in the pursuit of creating a united Europe, the main values ​​of which should have been peace, freedom, security, democracy and the rule of law, the members of the European Union transferred too much authority to Brussels, thereby depriving themselves of sovereignty in such vital areas as security, migration politics, tax reforms and others. In this regard, the principle of subsidiarity is lame in the “European common house”, in theory providing for local problems to be solved by local governments, and problems of the level of individual states by national governments. In practice, the desire of officials to regulate directly from Brussels has reached the point of absurdity - what are the rules that establish the allowable length of cucumbers and the angle of their curvature.

Although the German president still made a reservation that he did not want to start a wave of "anti-European populism." At the same time, the task of persuading the "Euro-skeptics" to their side is Hauk, who places itself on Germany, since at the moment it is the main proponent of closer integration thanks to the benefits that the country derives from the European market.

Politicians who oppose restricting the sovereignty of their own countries in favor of closer integration have long been labeled as “populists”. Meanwhile, it is impossible to ignore for a long time the objective problems that have accumulated in the European Union. There are already steps towards changing the situation - at the upcoming meeting of the foreign ministers of the countries of Central, Eastern and Southern Europe, issues of illegal migration and international terrorism will be discussed.

At the same time, right-wing forces are strengthening positions in the EU countries. For example, in France, in the second round of the primaries preceding the presidential elections, the candidate from the center-right opposition Francois Fillon won, advocating improved relations with Russia, which had pretty much deteriorated over the past two years. His rival in the presidential race is likely to be the head of the National Front, Marine Le Pen, who is also opposed to obeying the ultra-liberal demands of the European Union.

Thus, the current trend to change the balance of power from the national capitals in favor of Brussels, obviously, loses relevance. European citizens are aware that their countries are transforming themselves from constituents who independently form the political course into elements of a political game, the rules of which are not established by them.