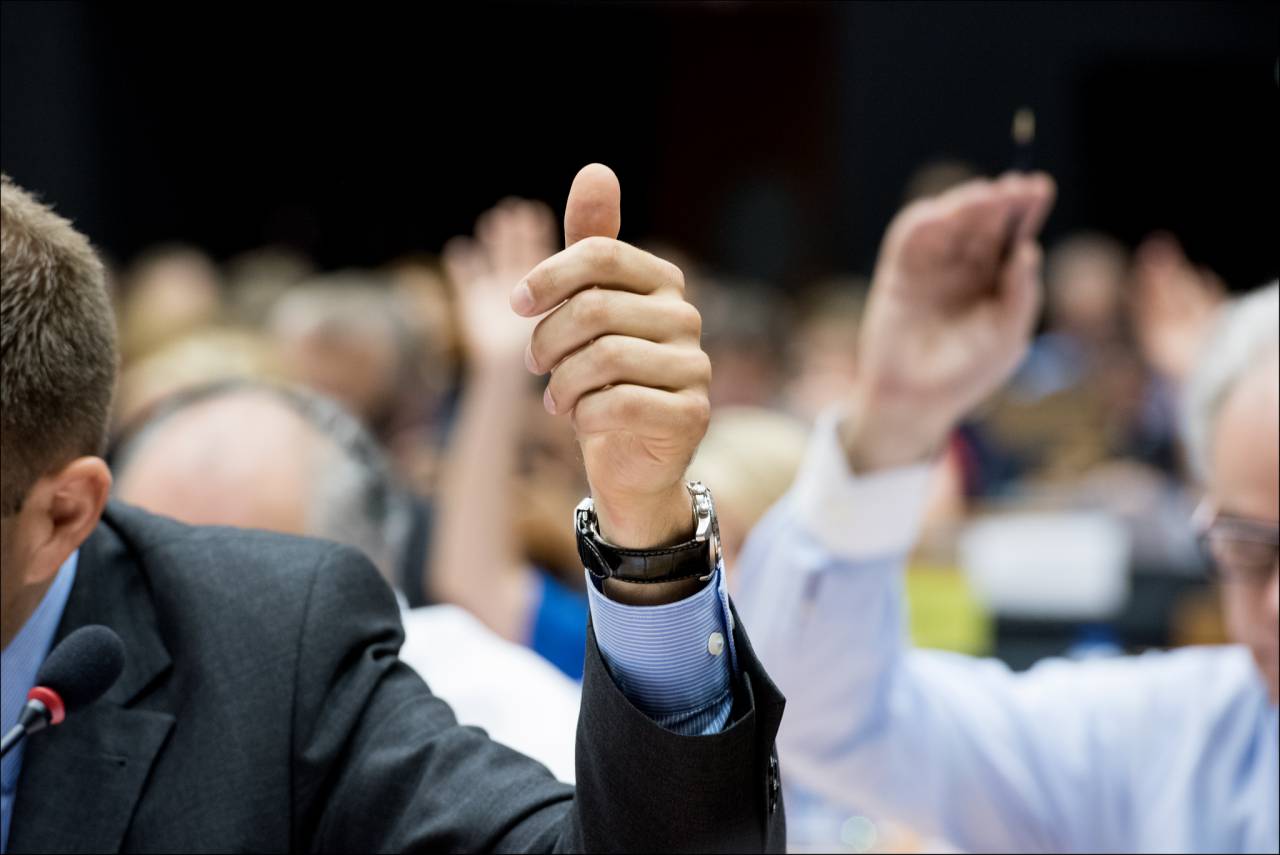 November 23 MEPs will discuss informational opposition to the Russian media. The result of the discussion may be the adoption of a resolution in which the activities of the domestic mass media are equated with propaganda.

The author of the resolution with the ornate name “EU Strategic Communications as a counter to the propaganda of third parties” is the Polish MEP Anna Fotyga. In her document, she speaks of Russia's desire to sow an apple of discord among EU countries, as well as undermine their socio-economic stability. According to the Poles, for these purposes Moscow uses a “wide range of instruments,” the main ones being the RT television channel and the Sputnik information agency. It is important to note that on the eve of the upcoming debates, a number of statements were made by world politicians and the media, allowing them to treat the resolution with a large degree of formality. Let's start in order.

On November 16, the EU recognized that the European Foreign Service (EMU) has a special information group of eight people, designed to counter Russian propaganda in the Old World. The sacred duty of eight European strikers is “the struggle against misinterpretation of events or completely incorrect statements,” naturally coming from Russia. Moreover, such a frank statement by the official representative of the EU diplomacy head, Maya Kotsyanchich, is fully justified and proud of the “transparency” of the EU’s actions.

On November 17, the European portal “EU Observer” reported on the allocation to the EU working group on information countering Russia (presumably the eight) about 1 million euros, so to speak, for production needs. In addition to this, the publication of the portal spoke about the intentions of stakeholders to strengthen the activities of the notorious television channel Euronews. Most likely, the strengthening implies the expansion of the program of financing and the tightening of anti-Russian rhetoric, of course, reasonable.

Also 17 number in the media appeared information about the creation in the territory of Finland "Center for Combating Cyber ​​Threats". The patron saint of the newly wrestler is the North Atlantic Alliance, which, we note, is trying harder to lure the Scandinavians into their slender ranks. The tasks of the center are more than trivial and boil down mainly to counter-propaganda activities.

21 November The Lithuanian TV and Radio Commission issued a resolution to suspend the activity of the Russian-language television channel RTR-Planeta for a period of three months. The reason for the ban on broadcasting was “incitement to war and national hatred.” Recall that a similar incident has already occurred in the 2015 year. Then the Lithuanian initiative was approved by the European Commission, which saw in the activities of the TV channel a violation of Lithuanian law. In general, in the Baltic, Russian-language media have long been turned into the eternal whipping boys. Such is their fate, I guess.

In addition, 21 November made two more important statements. Thus, the expert of the British research center "Henry Jackson Society" Andrew Foxall stated the need to establish total control over the public life of the British in order to prevent their interaction with the Russian-language media. If it is established that a British citizen collaborated with the RT television channel or the Sputnik agency and received money for this, then история will end in the best traditions of the Soviet NKVD. Well, quite democratic.

Finally, NATO Secretary General Jens Stoltenberg called on the member countries of the North Atlantic Alliance to oppose "Russian disinformation." At the same time, he noted that the North Atlantic Alliance as an organization does not intend to “respond with propaganda propaganda.” Apparently, numerous exercises, in which NATO members are working out information operations, should not be attributed to this statement. Also, it is probably worth understanding that 70 of millions of dollars allocated for strengthening the cybersecurity of the military-political bloc in 2017 will go exclusively to the purchase of anti-virus packages. For example, on the corporate version of Kaspersky. We believe the irony is clear.

Thus, all of the above confirms the hypothesis that the forthcoming debate in the European Parliament is nothing more than a part of the political game of the Western elites. If the topic of countering Russian propaganda has not yet been imposed on the political level, this does not mean that no work has been done in this direction. She, unfortunately, was, is and will be. By and large, the decision of the eurodeputies regarding the resolution in question will not be of great significance. The only thing is that in case of its adoption, discrimination of the domestic media will acquire a certain official component. After all, the European Parliament is a serious organization.

It should be noted that the Russian side reacted quite toughly to the upcoming debates. According to the chairman of the commission of the Public Chamber for the development of public diplomacy and the support of compatriots abroad Elena Sutormina, the discussion of the anti-Russian resolution “contradicts a number of international documents on the protection of freedom of speech”. Of course, we have to agree with her. Blaming Moscow for the information impact on the European population, foreign partners forget such a thing as an alternative opinion and because of their sometimes biased attitude towards Russia, they give it off as propaganda. Fortunately, some Western politicians understand this. Thus, the former deputy chairman of the OSCE Parliamentary Assembly, Willy Wimmer, recently stated that the Germans should thank Russian Sputnik and RT information resources for pluralism in the media. According to him, of course, authoritative opinion, without them, unipolarity would prevail in the German information space.

Alas, such statements are extremely rare from representatives of Western political forces. However, the fact of their presence already speaks volumes. Considering the results of elections in the United States, Moldova and Romania, there is every reason to believe that a ray of hope still remains, and Europe will soon be able to find a cure for Russophobia.

Summing up, we note that, despite the resolution’s formality, it still carries a very deep significance for the world community. The decision of the European Parliament will demonstrate the number of clear heads in the darkening realm of the Old World.