Free Sale, or the Secrets of Capitalism

November 23, 2016
12
Ukraine’s cooperation with the IMF can be compared with the time when medieval mariners traded gold for wine glasses from locals. For several months now, the traveler has been requesting a Ukrainian native to provide part of his territory in exchange for "paper glass", which cannot but please the aborigine’s western neighbor, Poland. 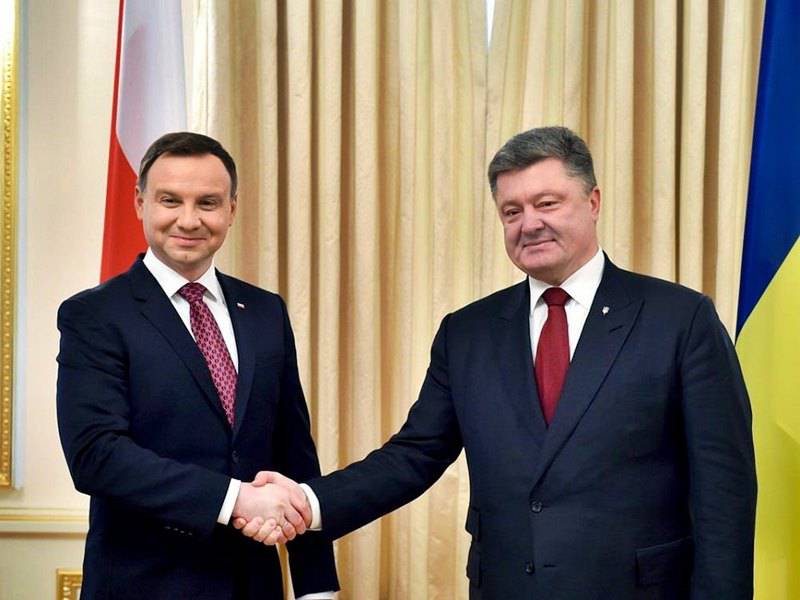 Recall that over the past two years, the International Monetary Fund has repaid 3 loans to Ukraine for a total of 7,7 billion dollars. It must be said that a weighty stone was tied to each life ring that the financial lender threw to Kiev, which in the end only contributed to the process of plunging the Ukrainian economy into chaos.

For example, before issuing the third tranche, the demanding usurer insistently recommended Ukraine to lift the moratorium on the sale of state-owned land. It should be recalled that this condition was not fulfilled, which was one of the reasons for giving Kiev a loan for 700 million less the promised amount.

Nevertheless, the countries of the European Union, it seems, have already taken the position of a low start, preparing for priceless buying the territory of the Square. At the same time, some of them even believe that after the lifting of the moratorium, the Ukrainian plots can be obtained without paying a penny.

In particular, Poland prepared for filing in the courts two lawsuits from the descendants of the owners of Polish estates on the return of sites that are currently in Ukraine. A total of 1600 trials are planned. Among the immovable objects that the Poles are demanding to return are residential buildings, a multitude of land and even a large copper mine in the Kharkiv region worth one and a half million dollars.

It can be assumed that the territorial claims of Warsaw were so alarmed by the Verkhovna Rada that parliamentarians three weeks earlier openly refused to comply with the IMF requirement, extending the land ban to January 1 and 2018. True, the deputies immediately called this decision a temporary measure that would allow the sale procedure to be settled at the legislative level.

It is worth noting that Ukrainian politicians may come to refusal from the land moratorium earlier. A prerequisite for such a development of events is the September loan in the amount of one billion dollars granted to Kiev, which tends to end. Agree, it is unlikely that the world usurer will continue to supply Ukraine with new loans if the country's leadership does not fulfill the obligations prescribed by the contract. Thus, it should be stated that the economic trap set for Kiev is beginning to slam. Poland in this situation can be compared with a predator, waiting for its prey to be completely abandoned.

Apparently, the current situation does not frighten the Ukrainian people's deputies. Indeed, over the past two and a half years, politicians have so actively got rid of the Soviet legacy in the form of monuments, names of streets and cities, which they seem to give Europe and the territory that Ukraine inherited from the USSR with the same success.