Tail trying to wag a dog 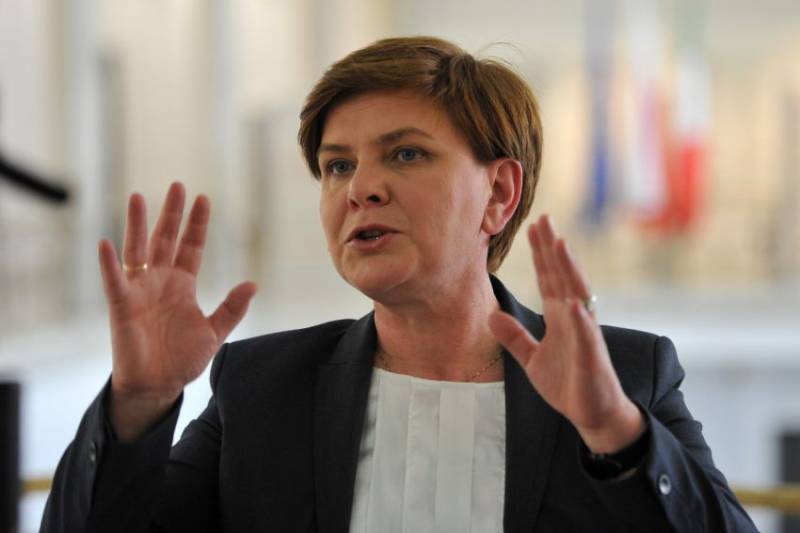 The victory of Donald Trump in the elections could mean for the European Union additional defense expenditures that Washington had previously paid. One of the few in Europe who fully pays for their security is Poland, about which the Prime Minister of the country, Beata Szydlo, recently decided to remind Western patrons.

As is known, Donald Trump has repeatedly stated in his election campaign that the United States, if he wins, will review cooperation with members of the North Atlantic Alliance. According to 45, the American president, the United States needs to think twice about whether to help a dubious ally in the block who does not leave 2% of GDP in the common fund.

Probably one of the few who was not embarrassed by the proposal to pay for the US military patronage in full, was Warsaw. Note that, of the 28 members of NATO, only four follow the two percent rule: the United States, the United Kingdom, Estonia and Poland. As a result, the latter once again decided to remind that it always remained a loyal ally of the military-political bloc.

On Tuesday, Polish Prime Minister Beata Szydlo gave an interview to Radio Poland, in which she did not forget to mention that Warsaw supports any undertakings of NATO. It is worth noting that events under the auspices of the alliance did not always have a peace-loving character. She also noted that the main focus on which the country needs to focus its efforts is security.

I must say, the republic can really boast of fulfilling its obligations to the North Atlantic Alliance. So, in August, the Sejm decided to increase military expenditures in 2017 in the year to record 8,7 billion euros. The bulk of the funds will be spent on the purchase of equipment and weapons. Obviously, this fact cannot but make the United States, the main supplier of the military-political bloc, happy.

Be that as it may, the Polish Prime Minister decided not to limit himself to just a reminder to the new leadership of the United States that there are countries in Europe that fulfilled American wishes ahead of time. It seems that Beatu Shidlo was so overwhelmed with a sense of pride for the country, which, unlike most other EU members, once again managed to please the overseas partner, that the politician even allowed to criticize the European Union.

After an interview on radio, the Prime Minister reported on the work she had done in the government over the year, stating during the report about the need for change in the European Union. Sidlo stressed that Warsaw had found a way out of the crisis and had already begun preparing reforms that would help European partners to stride into a bright future.

If we draw an analogy, then such statements resemble the behavior of a dependent trying to teach people, who regularly feed him, to life experience. Recall Poland is considered one of the main subsidized regions of the Eurozone. Only in the period 2004 th to 2014. the republic received from the EU 85 billion euros, giving in return to the European treasury only 20.

In addition, in the coming 4, Warsaw was promised to allocate another 105 billion. Now it is already clear that the withdrawal of Great Britain (the second donor after Germany) from the association will significantly reduce the promised income.

Also, if the elected President of the United States, after he officially takes office, continues to demand two percent contributions from each member of NATO, the “European feeder” for Warsaw can even hide behind it. It is unlikely that the same Germany, whose defense expenditures today make up 1,2% of GDP, will want to spoil relations with the States. Obviously, the missing funds will still be sought, including at the expense of the cash receipts promised to Poland.

One gets the feeling that the statement of the Polish Prime Minister can be assessed not only as an oath of allegiance to the United States, but also as a mockery of the European Union, which, it seems, is too carried away by feeding one of its members. However, it is never too late to put on a diet of a watered up and talked ward.