Europe abandoned its own army. What's next? 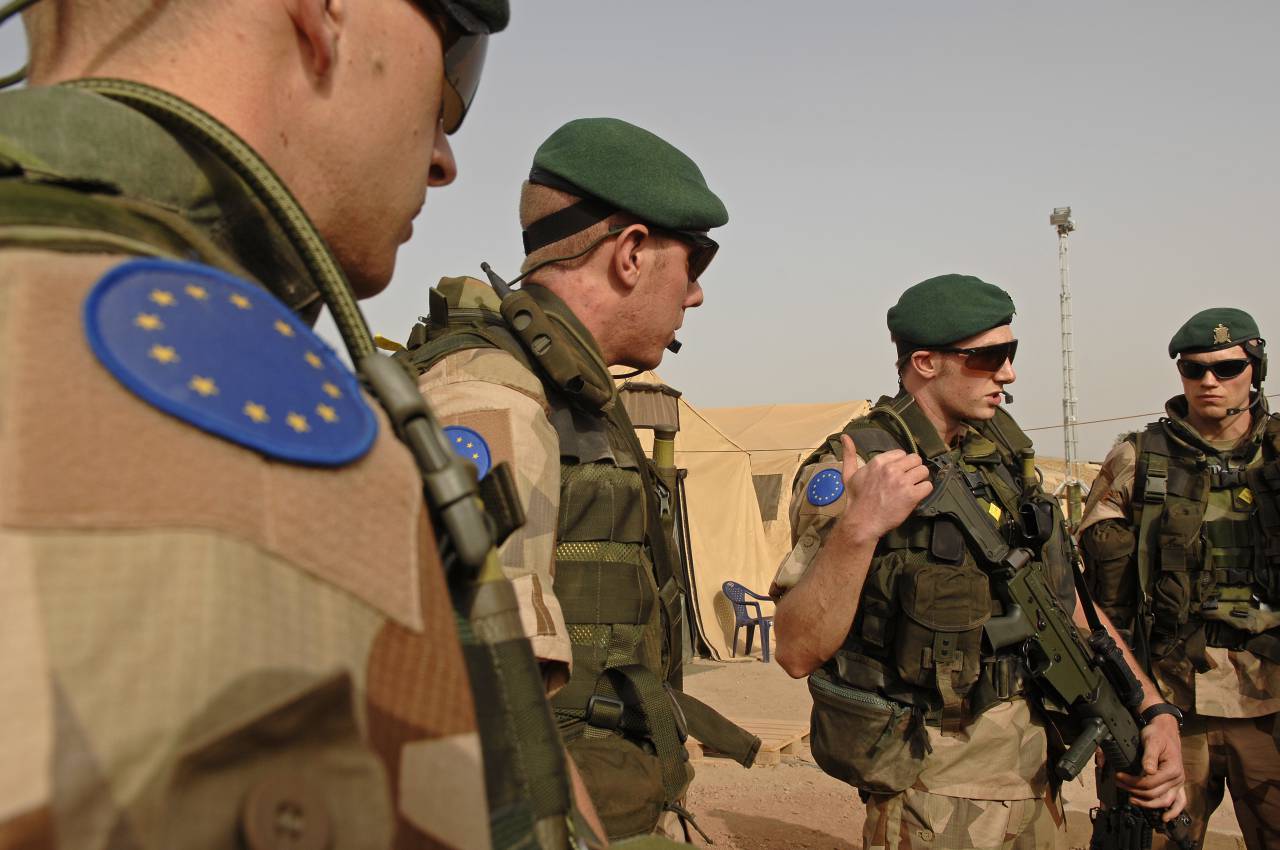 The governments of the countries of the European Union have approved a plan for the development of military cooperation, which does not include the creation of a pan-European army.

The plan for the implementation of the new EU defense strategy includes the creation of an organization that will plan exercises and manage permanent missions in crisis regions. However, “overboard” remained the broader proposals of Brussels to strengthen the aggregate military potential of European countries and to finance joint defense projects.

Despite the fact that negotiations on the creation of a “European army” did not lead to anything, top officials of the European Union declare their commitment to turning this integration education into an independent security pole.

Federica Mogherini, High Representative of the European Union for Foreign Affairs and Security Policy, called the agreement “a qualitative leap.” However, supporters of more intensive integration within the borders of Europe were skeptical of him. Thus, Italian Foreign Minister Paolo Gentiloni called the European Union’s new defense policy only a “small step in a very important strategic direction.”

Reaching a consensus in the EU is not an easy process, given the number of its members and the different directions of their interests. The subject of the dispute, as a rule, is the increase in military spending and the build-up of military capabilities. The new security policy does not imply the creation of command structures, on which some countries insisted, and the army subordinate to them - although the latter point has never had a large number of supporters. In addition, some countries have still not made progress in discussing projects to create weapons systems of the types that Europe still has to buy from the United States.

In essence, the EU’s new defense plan focuses on optimizing the structures for managing military training and exercises, leaving joint military planning within the competence of the relevant NATO units. Even the conduct of peacekeeping or other military operations is not in question.
However, supporters of the idea of ​​creating a unified army, primarily Germany and France, could hardly be counted on to succeed, because the project of the EU combat groups - a prototype of a common army - with a total of approximately 1500 people, has not yet been fully implemented. designed to resolve crises. These groups are recruited by the member countries of the European Union in such a way that at any time a combat-ready subunit is available. However, for more than 10 years of existence, they were never used, because European countries did not want to pay for it.

Cooperation in the military sphere within the framework of the European Union has not been formed for a long time. In the past, many proposals were rejected by the UK, which traditionally prefers the development of close cooperation under the auspices of the North Atlantic Treaty Organization. In addition, during the election campaign in the United States, the then presidential candidate Donald Trump questioned the significance of NATO and said that during his administration, Washington’s support for European countries would depend on the size of their defense budgets. Now, after the emergence of the Foggy Albion from the EU and Trump's victory in the elections, it would seem that there was a new impetus to create what European officials call "strategic autonomy", that is, the ability to act independently of other major powers. However, certain obstacles remain.

The most important of these is the problem of financing. At the time NATO was created, Europe lay in ruins after World War II, so it was obvious that the United States would have to cover most of the costs. But over time, this burden gradually shifted to Europeans. The problem escalated when, at the turn of the century, European allies sharply reduced defense spending, forcing the US to increase its contribution to NATO funding. It would seem, why would Europeans in such a case spend money on defense if they have unconditional support from Washington? As a result, the US accounts for 70% of the cumulative budget of the North Atlantic Alliance, that is, more than all European allies combined.

In this regard, it is not surprising that the “younger brothers” of Washington fear that the United States will stop paying their defenses from their own pockets and openly talk about it. Thus, French Foreign Minister Jean-Marc Eyreau said: “Among the risks is a possible return to isolationism. This is an old American tradition that does not end with anything good either for the United States or for the rest of the world. ”

It can be assumed that now European countries will start raising their spending on military needs more quickly. But if Trump continues to insist that NATO is not based on mutual trust, but is a group of countries seeking to push payment of bills on each other, then he can distance his European allies so that there will be no alliance at all.

The frustration of EU member states in the transatlantic partnership has already begun to show itself. The same Mogherini said that if Trump refuses to share basic European principles and interests, Brussels will pursue its domestic policy, not looking back at what is happening in Washington. An alternative for Europe is an alternative to NATO, the core of which would be a pan-European army. However, there is no political will for such a project and it is not foreseen in the near future. If the current trend of exclusion from collective interests continues, then European countries are more likely to focus on national rather than common defense. In other words, every man for himself.

In general, the absence of any political subjectivity among European countries was once again confirmed, a vivid illustration of which is the statement by former NATO Secretary General Rasmussen that the US should assume the role of "world policeman." Only any way to go under the "big brother" is no longer possible.