October 12 2016
266
Ukrainian electronic edition Gazeta.ua publishes an interview with a representative of the analytical department of the US military department, which (interview), apparently, should reassure the Maidan public. The article reports on how the situation with the possible military confrontation between the United States and Russia is represented by the "senior analyst of the Pentagon," Lieutenant Colonel David Juberg.


According to this “analyst” (or OnaleTEG), it makes no sense to talk about the war of Russia against the United States, not because such a war is impossible in principle, but because it will be a “rifle against a laser” war. Dzuberg said that the US spends 10 more than Russia on the military industry, and therefore the confrontation of the Russian Federation against the US and NATO "will last no more than 10-20 days."

At the same time, Dzuberg announced that the US Department of Defense has plans to conduct military actions (attention!) Against all countries of the world, including Russia too.

Dzuberg's statement to the Ukrainian edition is as follows (translation InoTV):
The Pentagon and the Alliance Command have plans for military action against all countries of the world. First of all - against aggressive and unstable. The standoff between NATO and Russia will not last longer than 10 – 20 days. The military budget of the alliance in 10 times exceeds Russia's defense spending. This will be a war rifle against a laser.

Jouberg:
If Moscow uses nuclear missiles, then half of them will fly up to the maximum, while the rest will be intercepted by the global missile defense system. The only thing that is dangerous is nuclear missiles from submarines off the coast of Europe and the United States. But in this case, we believe that we can intercept all the blows. NATO’s response will be roughly as follows. At first, Stealth bombers invisible to radar will destroy all military installations and factories. Then, electromagnetic drones with the help of an impulse will turn off all electronics in the largest cities of Russia.

At that time, all the military-political leadership of the Russian Federation will be outside the country. After that, any hostilities for Russia become impossible. Until the complete surrender of the Russian Federation on 10 – 20-th day of the conflict, no one will see a single NATO soldier. After that, we will take over the leadership of the country - until the election of a democratic government of Russia.

Slightly paraphrasing one modern Internet meme, you can say this: after such a statement by an American lieutenant colonel, somewhere in hell Hitler exchanged glances with Napoleon, after which Homeric laughter rang out ...

Apparently, Dzuberg did not have time to get acquainted with the statement of General Konashenkov about "invisible aircraft" ...

If this person really works as a senior analyst at the Pentagon, then the Pentagon can only be applauded for the fabulous campaign of recruiting “professional” personnel. 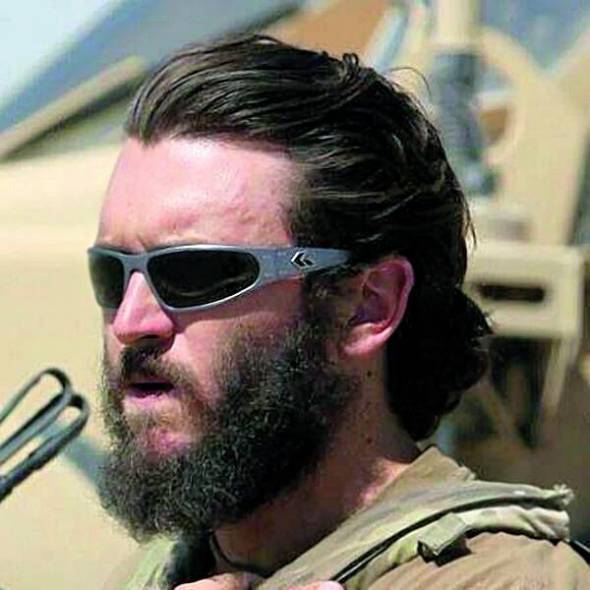 "Newspaper.ua" publishes the track record of this storyteller (style saved):

David JUBERG, 46 years, Lt. Col. of the United States Department of Defense. Born in 1970 in Great Neck, New York, USA. Parents are descendants of emigrants. Mother relatives moved from Russia in 1917, after the Bolshevik coup. Grandfathers passed the Second World War as part of the Soviet army and moved to the United States. "The paternal grandmother gave me the first lessons of the Russian language." After school, he enlisted in the army. At the same time he studied at the University of the General Staff of the armed forces. He received a diploma in Arabic from the Military Institute of Foreign Languages ​​in Monterrey, California. In 1993, he was enrolled in the elite 75 of the Ranger Regiment of the US Army Special Operations Forces. Participated in conflicts in Somalia, Yemen, Kosovo, Afghanistan and Iraq. 2003 resigned. Until 2008, he was an employee of a private military company PSC in the Middle East. In 2008-2013, he worked in Moscow as an Assistant Military Attache at the US Embassy. Since 2013-th occupies the post of chief analyst for Russia in the US Department of Defense. Divorced, has two children. He is fond of hunting and history. He lives in Arlington, Va. In his free time he keeps a blog on Facebook, where he refutes the propaganda myths of the Russian media and talks about life and military service in the States.

It just turns out that under the guise of an “analyst from the Pentagon,” this stream of consciousness in the Ukrainian media is published by local Maidan authors.