Traffic light for credit rating agencies from the Bank of Russia

August 26 2016
15
Last Thursday, 25 in August, the Central Bank of the Russian Federation decided to include the Analytical Agency ACRA on the list of credit rating agencies. It would seem that, in fact, important in this information? Well, he made and made ... It is not enough whether decisions of a financial and economic orientation are taken daily by the Bank of Russia. 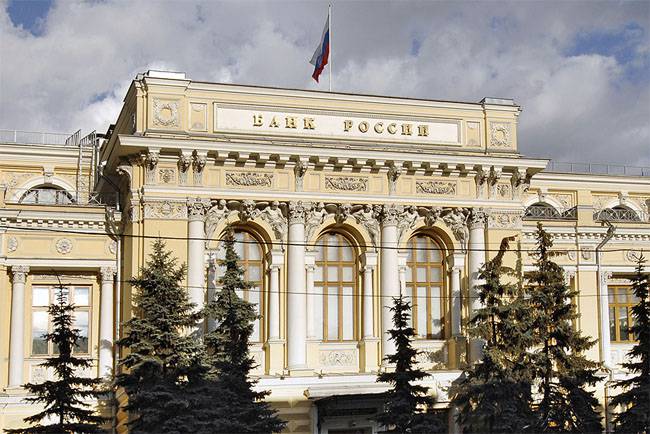 However, the decision of the Central Bank of the Russian Federation regarding the inclusion in the register of rating companies of the Russian ACRA can be quite fundamental. This is the green light for the work of the domestic agency. In essence, Russia has implemented a previously designated plan, according to which it will reflect the financial activities of economic entities, resorting to a domestic credit rating agency, which by definition is deprived of external pressure.

The first critical questions related to the need to start work of the Russian credit rating agency arose immediately after, to put it mildly, controversial decisions of the leading international (read - American) KRA in 2014 year. It’s about the situation when S & P, Fitch and Moody’s, as with a wave of a wand, decided overnight to lower Russia's sovereign credit rating and the ratings of individual economic subjects of the Russian Federation almost to garbage values.

It has come to the point of absurdity: on the basis of the decisions of the listed credit rating agencies, the Russian economy lost several rating positions at once, having one of the lowest debt levels among the largest economies in the world. The absurdity was that Russia, in recent years not having delayed a single loan payment, at the same time, as the successor of the USSR, having paid the debts for all the people about the “Soviet occupation”, suddenly found itself on the list S & P, Fitch and Moody's approximately at the same level as neighboring Ukraine, whose economy cannot afford to pay the bills “from the word in general”.

The economic “gurus” from the liberal circles, as they were supposed to, began to explain that decisions by international credit rating structures were made “based on the weak prospects of the Russian economy, a high percentage of dependence on hydrocarbon exports, economic sanctions, etc.”. In the blue eye, the same “gurus” argued that this, they say, was by no means a political decision — everything, they say, was purely balanced and reasoned. Well, yes ... Well, yes ... When in the rating list of the agencies mentioned, for example, Malta is a dozen positions higher than Russia marked A (positive), while having public debt at the level of 500% of GDP, then, as they say, “ know comment "... The country breaks into new debt to pay off old debt by inflating its own banking bubble, but at the same Fitch Maltese rating is positively positive, at the top of the list of successful economies. And if any of the economists declares that everything here is “economically reasoned,” then this liar without a twinge of conscience can be lowered down the stairs with a passing impulse on the fifth point ... Well, in fact, how many can lie about that " no politics. " How “no policy” in preventing Russian Paralympians in Rio? ..

The decision of international rating structures was aimed at hitting the credit system (investment) of Russia. After all, as you know, the lower the rating bar, the higher the percentage for which the lender is ready to provide funds. And this is against the background of the ban for Western financial entities to lend to the Russian Federation. Of course, over time, these same subjects found loopholes to bypass the barriers, wanting to make profitable contacts with Russia, but because no one thought about changing ratings. As they say, who will give ...

In general, the idea that international rating agencies and Russian participation in their ratings is good, but you need to have something of your own, is becoming a reality less than two years after the public announcement of this idea. The Analytical Credit Rating Agency of Russia (ACRA) is given the opportunity to assign credit ratings to economic entities conducting business, finance and economics using Russian capital.

From the statement of the director of the department of the director of the development of financial markets of the Central Bank of the Russian Federation Elena Tchaikovskaya (quote TASS):
Credit rating agencies for inclusion in the registry must comply with strict legal requirements. But it was precisely in this that the idea of ​​reloading the industry was: carrying out qualitative changes that would increase the degree of trust in it from the users.

It is worth recalling here that the entry of a Russian credit rating agency into the register of the Bank of Russia is a measure through which foreign “KRA” must pass, if they want to work in the Russian Federation. The period of bringing their charters to the norms of the Russian legislation for work in Russia with international credit rating agencies expires in July 2017. During this time, on the basis of the law adopted in Russia last year, the agency must provide information on the founders, documents on rating assignment methods and internal management bodies. In other words, the Central Bank invites foreign rating compilers to be transparent - nothing more. Simply put, tell me who finances you and show the documents, on the basis of which you assign a credit rating to the Russian economy or private entities. I do not want to work openly - the red light and "come on, bye."

If any of the economic "gurus" such a law causes indignation, then just one question: does this mean that the work of the same S & P, Fitch and Moody's was initially sharpened as a closed small party party working on the interests of Wall Street alone? Judging by the abrupt change in the rating position of Russia after scrapping the nose in the Crimea to the West, the political implications of the activities of these structures became obvious.

If they have nothing to hide, then what's the problem? .. Let them provide documents of interest to the Central Bank of the Russian Federation and work in Russia as much as you like. Another question is: how clearly are the officials of the Bank of Russia today ready to monitor those who decide to submit the documents, and will it not happen that the Central Bank structures will contain people who consciously close their eyes to all rating perturbations of international agencies with all the ensuing consequences for Russian economy? In general, it is one thing for us to adopt a law, and it is quite another to control its implementation, especially when it comes to its “implementation” by foreign “partners”.

Ctrl Enter
Noticed oshЫbku Highlight text and press. Ctrl + Enter
We are
The Russian economy is predicted to start growing this year.Russia's initiative on the work of "international" rating agencies. Who will show red to someone? ..
15 comments
Information
Dear reader, to leave comments on the publication, you must to register.