About how the "dogs" destroyed the Museum of Local Lore, and the "terrorists" restored it 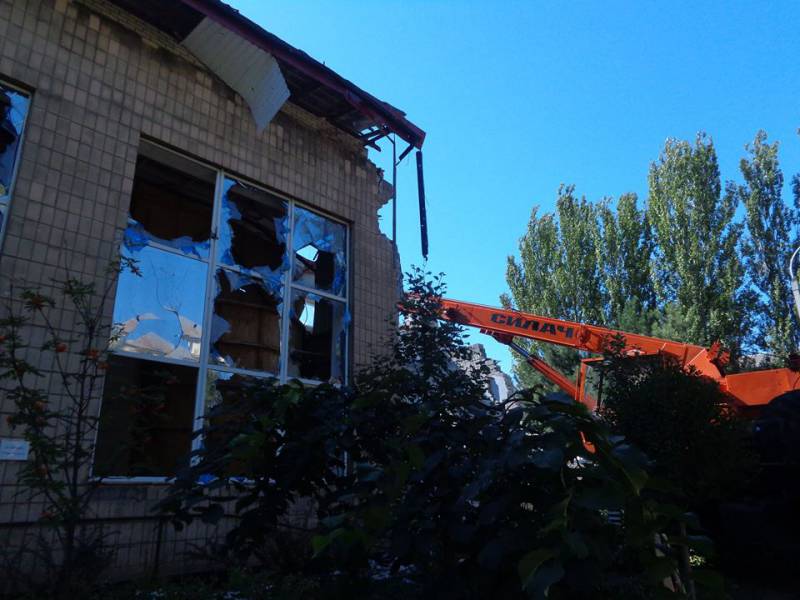 In 2014, Poroshenko cherished the dream: on the Independence Day of Ukraine, put Donbass on its knees and announce its victory. Although it was not possible even to Hitler in his time - and the army was more powerful than that. The result was logical - a defeat at Saur-Grave, the Ilovaisky cauldron, great losses in the ranks of the Armed Forces of Ukraine, a complete disgrace to the Western masters. From the final defeat of the punitive army Poroshenko saved only the “Minsk-1”. Now, two years later, ukroSMI report on the great "peremog" for two holidays - the State Flag Day and Independence Day. The junta warriors in the area between Marinka and Krasnogorovka managed to capture ... one machine gun. But this is not a simple machine gun, but the one from which the Russian actor Mikhail Porechenkov had once shot (symbolically, idle). Great achievement!

There are no other gifts for the holiday for the leader of the Ukrainian junta. And he longs for gifts: including the heads of Russian Defense Minister Sergei Shoigu. Well, or at least the appearance of the latter with a guilty head in Kiev.

It remains to be asked: Pyotr Alekseevich, would you really like to see the head of the Russian army near your own residence? And if he does not come alone?

But for now Poroshenko can be calm: Shoigu and his children are far away and in no hurry to appear for interrogation (whose only interrogation will be in the end?) Therefore, you can make brave statements. Non-presidential and does those.

So, on the Day of ukroflag (August 23), he realized the “great historical opening". It turns out that the Soviet government "made sure that the combination of blue and yellow never caught the eye of citizens." Users of social networks immediately remembered the label of the Soviet Zhigulevskoye beer, where just such a combination was present. But one could recall a more significant symbol - the Coat of Arms of the USSR, where against the background of the blue and white Earth are the yellow Hammer and Sickle.

Poroshenko went further - he wanted to dream publicly. “It is extremely important for us that the Ukrainian flag appears over Donetsk, Lugansk, Simferopol, Sevastopol,” he said. True, he immediately admitted: it would be an "extremely difficult task."

The official representative of the Investigative Committee of the Russian Federation Vladimir Markin responded wittily to such dreams: ““Dogs and cats are also sure that the marked territory belongs to them.". And indeed, with his loud statements, Poroshenko reminded the dog that wishes to mark the territory. Only he forgets that there are residents in these territories, most of whom are not eager to see these yellow and blue “tags”.

All this would be ridiculous if the real thoughts of Mr. Quasi-President of Ukraine were not behind the thoughts. There would not have been a terrible war unleashed against the people of Donbass, against its economy, against its culture ...

I would like to recall today about the crime ukrohunty committed two years ago. In August, 2014, a district of Donetsk, where the Museum of Local Lore, the Youth Palace “Youth”, as well as residential buildings, were subjected to barbaric shelling. Among the inhabitants of the houses there were dead and wounded. Palace "Youth" for a long time ceased to function, closed circles in which children were engaged. And the Museum of Local Lore suffered enormous damage.

I wrote about this earlier, in the material "Black evenings of Donetsk museum of local lore". Let me remind you that this temple of culture was shelled three times: 14, 20 and 23 in August 2014. 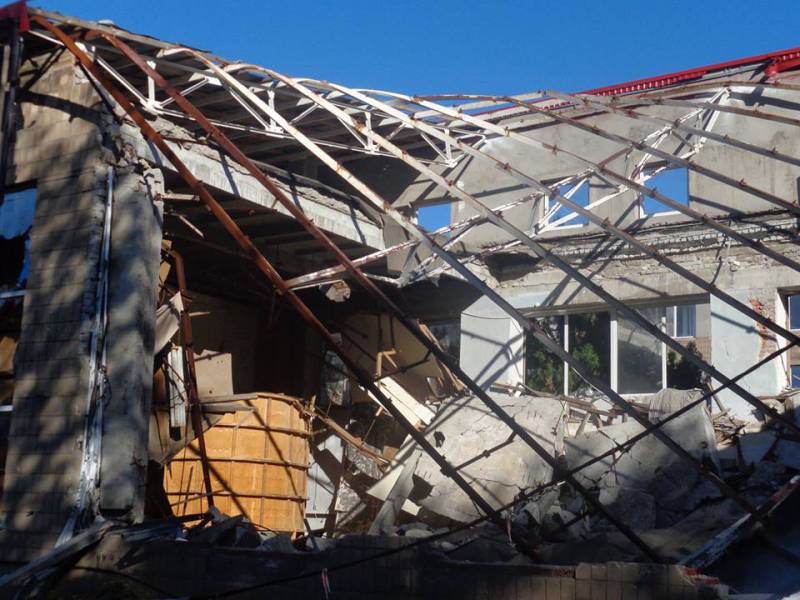 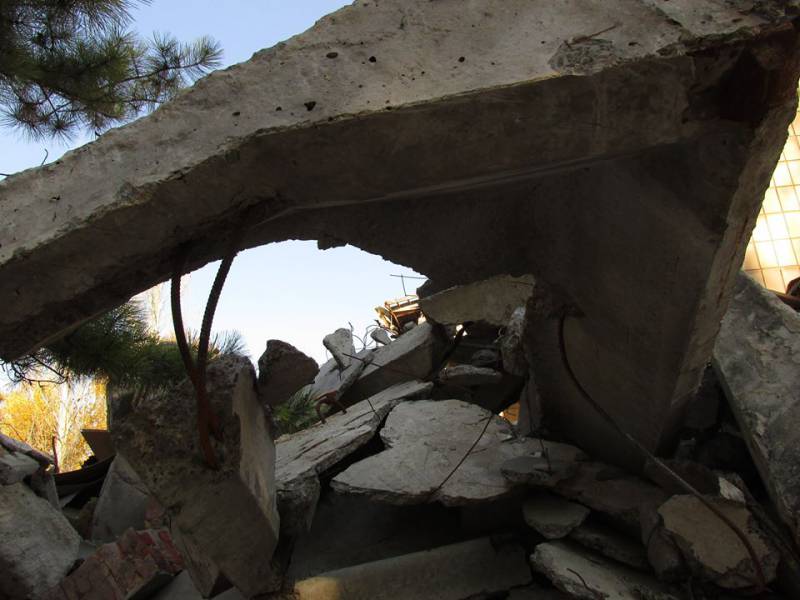 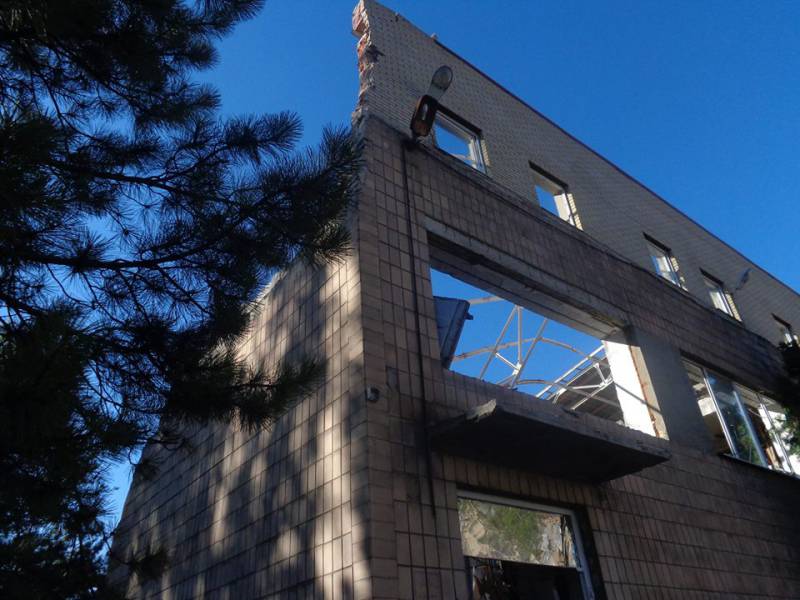 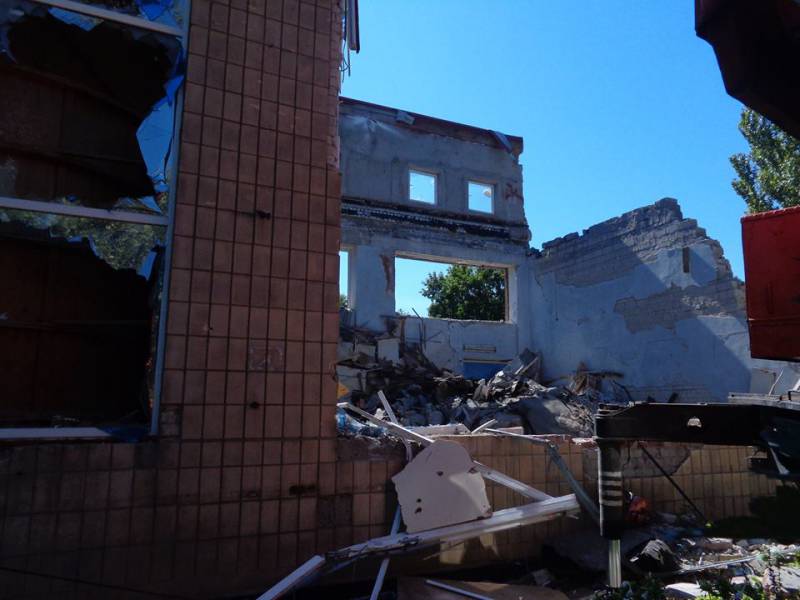 And instead of the usual exposition, there were very, very severe “exhibits” in it: “gifts” to the cities of Donbass from Ukrainian punitives. 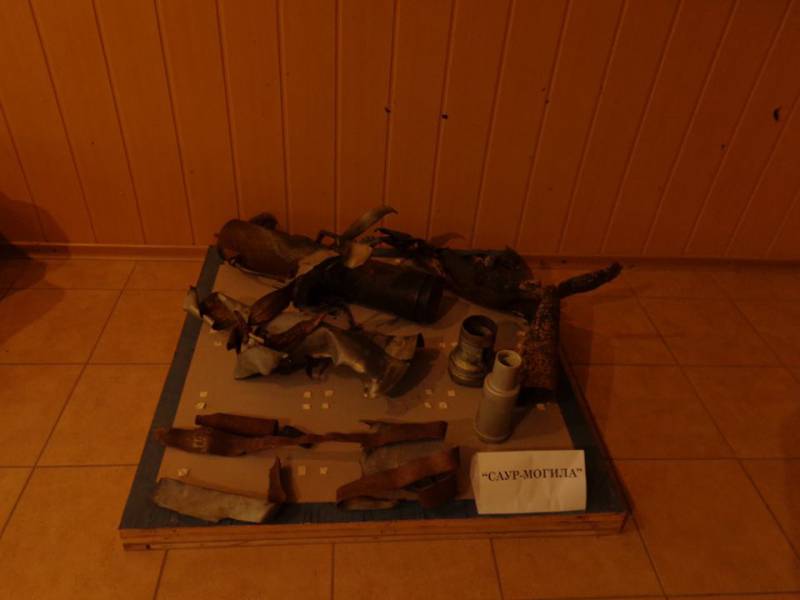 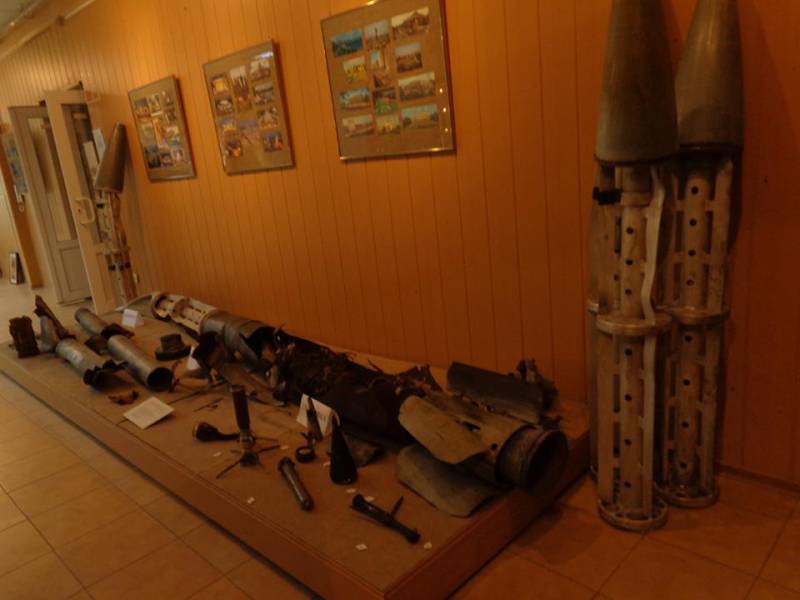 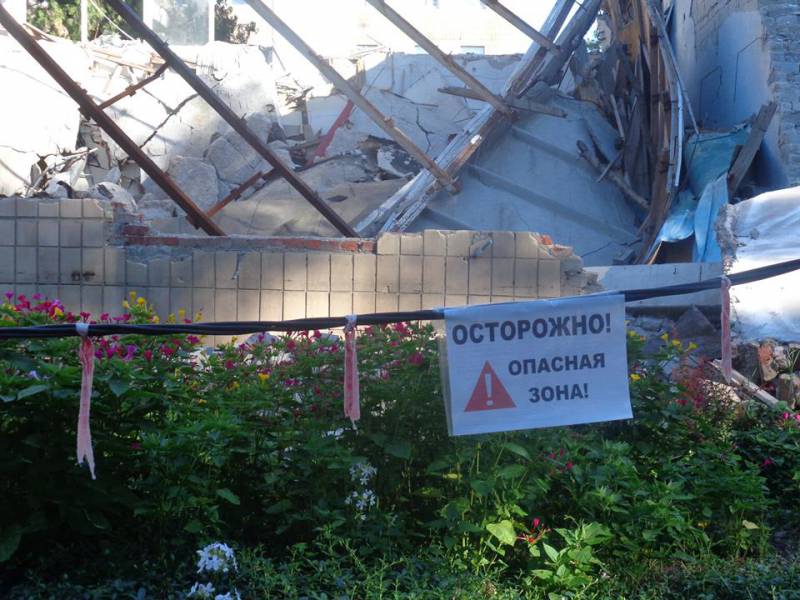 A year later, those whom ukrohunta calls "terrorists", began restoration work. From under the rubble got the surviving exhibits. Although a lot of things are lost forever. Particularly hurt the Hall of Nature ... 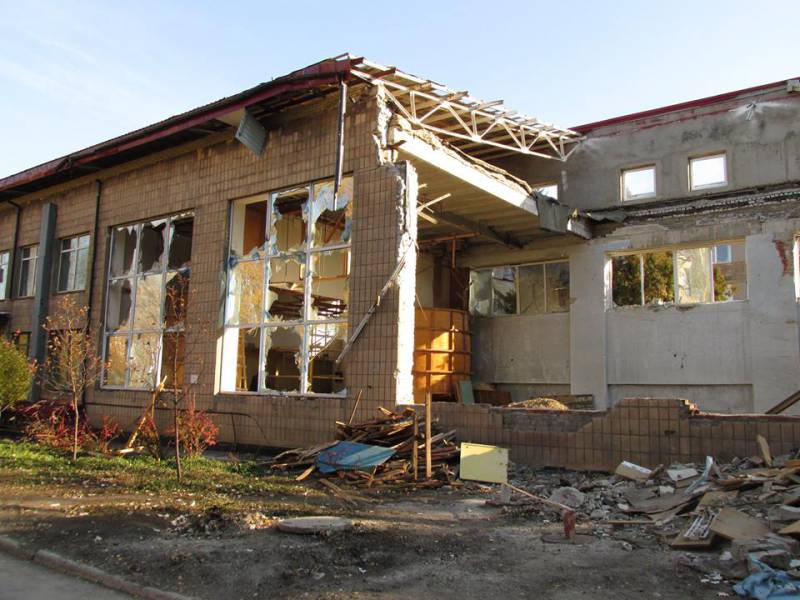 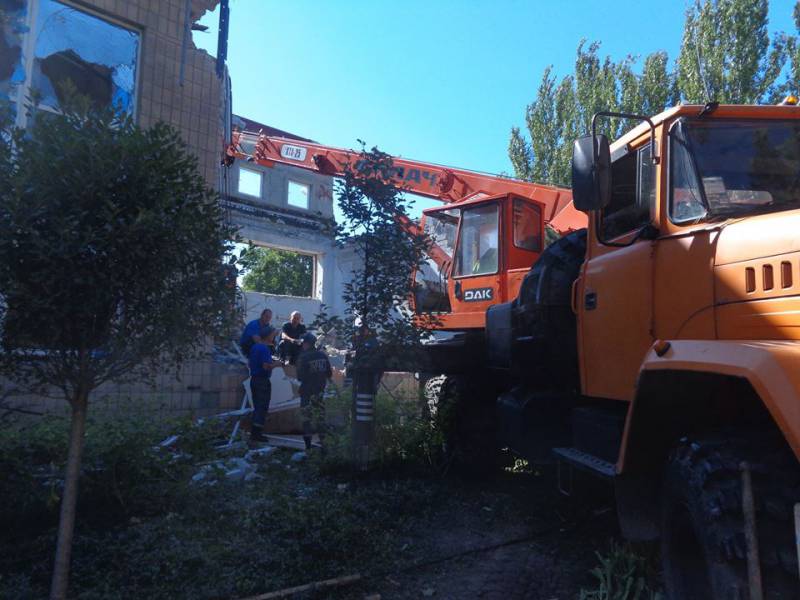 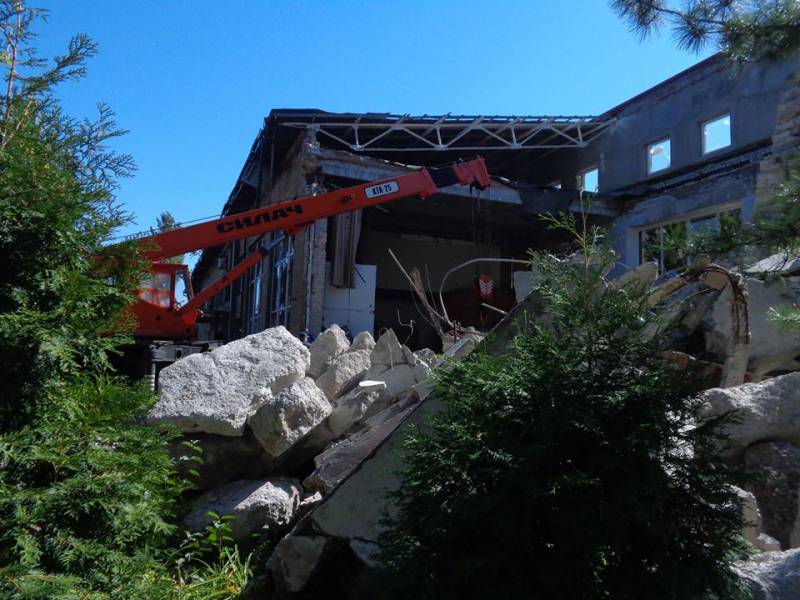 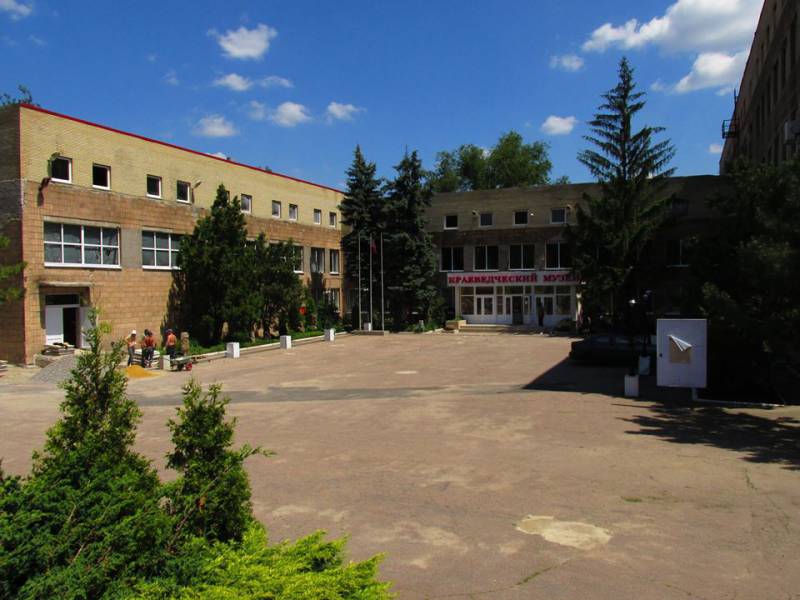 To date, Donetsk Republican Museum of Local Lore is almost completely restored. It now has new showrooms. Of course, he will never be the same. But who said that the new exposure is worse? Moreover, it can be said that they did it in public. Residents of the DPR, outraged by the destruction of their museum, brought in who survived. 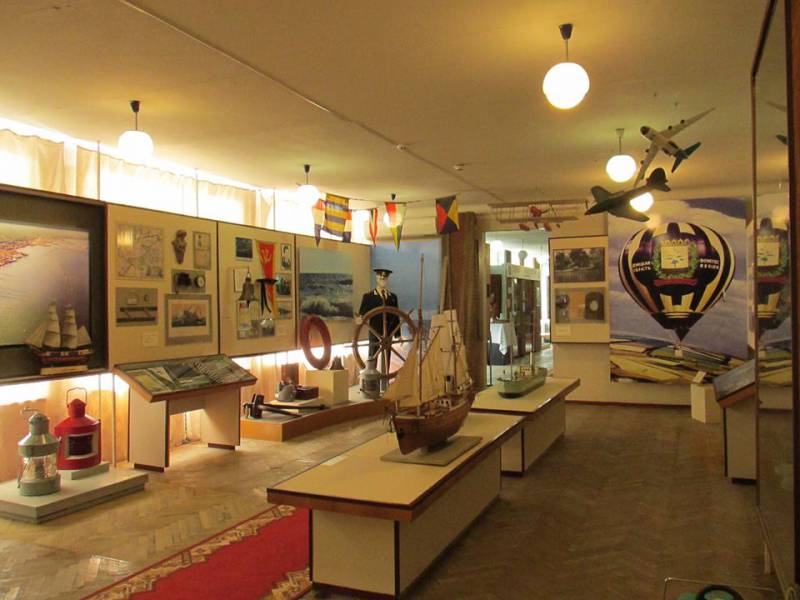 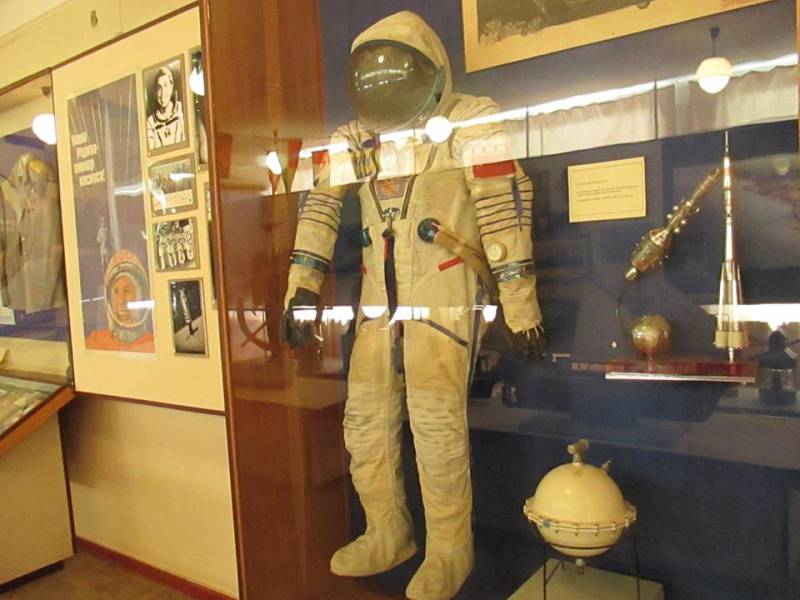 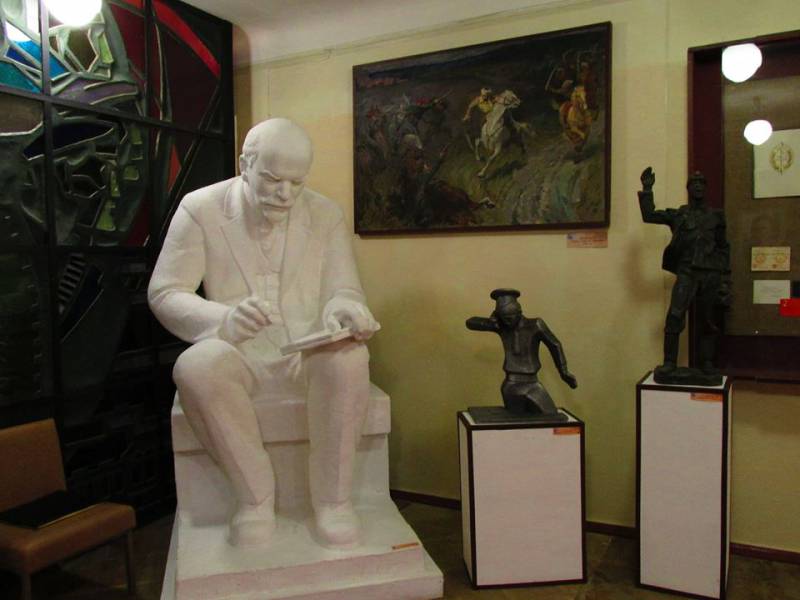 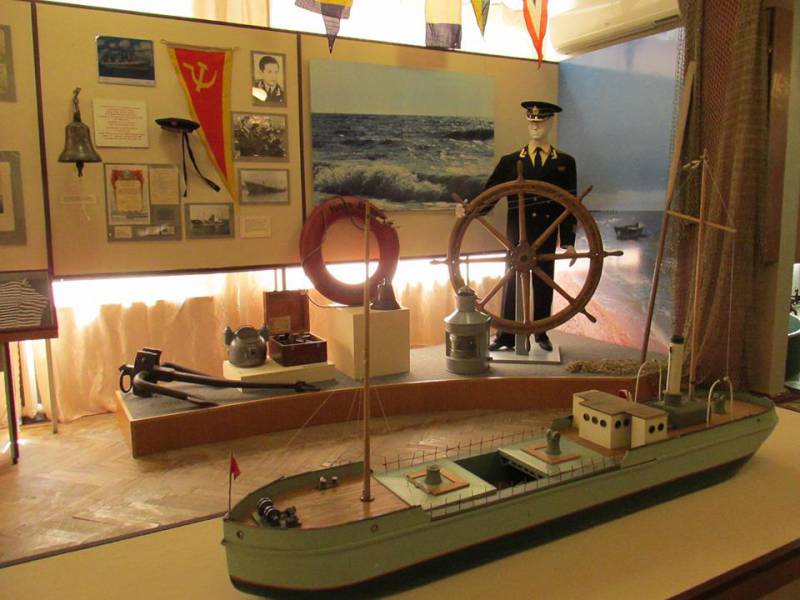 Instead of a broken signboard - now new. 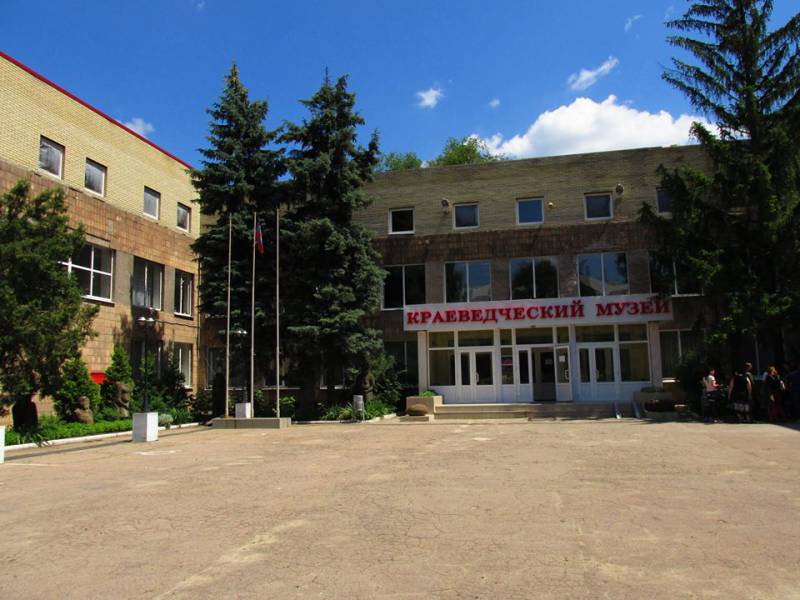 In one of the halls there is a diorama “Fight with Kaledinians at the Yasinovsky mine of 28-29 in January of 1917”. Probably, soon there will be new dioramas: “Fight with Poroshenkovtsy” ... And it will be possible to recreate on one of these dioramas a museum view in the days when it was destroyed ... 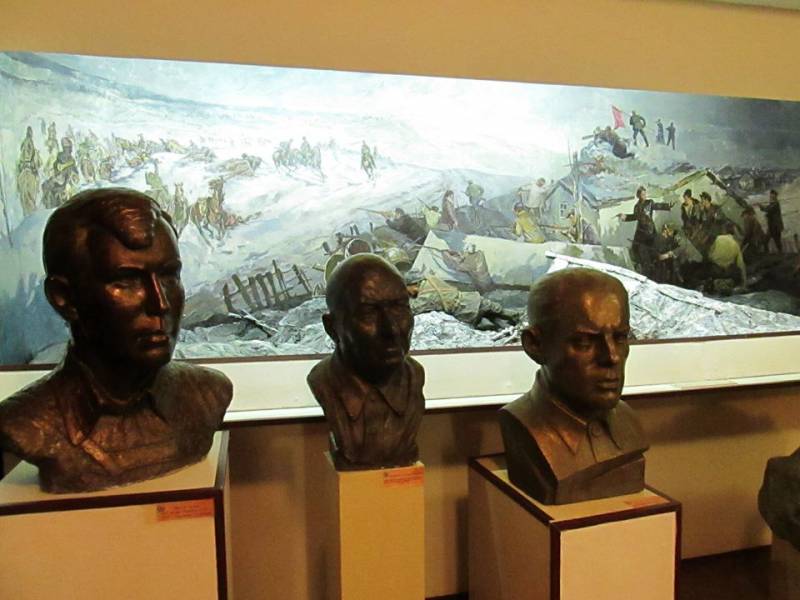 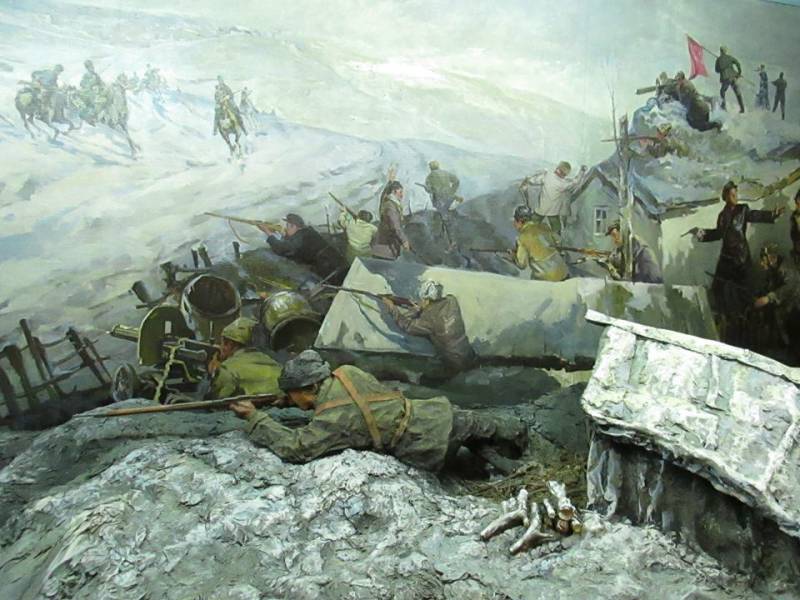 Two years ago, the punishers of Mr. Poroshenko could not win at the fronts, but won a “victory” over the Museum of Local Lore. This year, on the night before the Day of the Ukrainian flag, they demonstrated an equally “glorious victory” —the Kiev and Petrovsky districts were shelled. At the same time, in the Petrovsky district, a kindergarten No. 94 Shakhtarochka suffered as a result of these attacks. Damaged one of the bearing walls. The same kindergarten came under fire earlier. But in February of this year, the authorities of the Donetsk People's Republic began its renovation, so that by the beginning of 2017, he would be able to receive the children again. Now, probably, this term will be postponed ...

Only as Ukrainian fighters with their leader, seeking to "mark the territory," will restore their conscience? She's all in holes, worse than any of the shelled buildings.

Ctrl Enter
Noticed oshЫbku Highlight text and press. Ctrl + Enter
We are
Memory sake. In the Donetsk Museum of the Great Patriotic War, a diorama of the battle at Saur-Grave openedWinds over Saur-Grave
Military Reviewin Yandex News
Military Reviewin Google News
13 comments
Information
Dear reader, to leave comments on the publication, you must sign in.