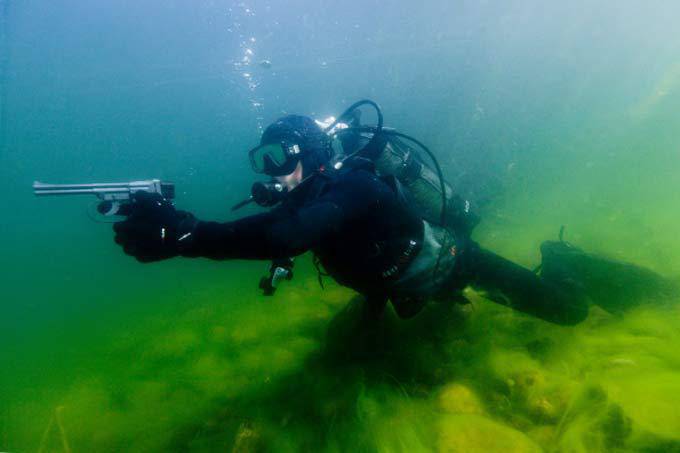 On the Black Sea navy exercises began to repel an attack of saboteurs from the sea. According to the Ministry of Defense, about a thousand personnel, more than ten ships and support vessels, as well as Mi-8 and Ka-27PS helicopters will be involved in the exercises.

These maneuvers will be very different from the usual eye. Since the main action takes place under water, no external effects can be observed. Nevertheless, the testing of anti-sabotage actions is a constant component of the training and combat process and is conducted year-round.

What do you need to have out of gear and what needs to be worked out in order to secure ships and bases?

The most obvious, but far from the easiest way to deal with enemy combat swimmers, is to prepare your own swimmers.

Back in the Soviet Union, work began on the creation of special detachments of fighters trained to operate underwater. The cause was an explosion on the battleship Novorossiysk 29 October 1955, in Sevastopol, when the Soviet seamen 829 died.

The commission to investigate the tragedy did not give an unequivocal answer about the causes of the battleship’s death, but according to one version, veterans of the Italian 10 Black Prince Valerio Borghese who had performed such operations in the Mediterranean bases of Great Britain during the war were involved in the blast.

In order to counteract sea saboteurs, a complex of special weapons, which allowed to conduct combat operations under water.

Specialists of TsNIITOCHMASH developed an automatic underwater special (APS) machine - a unique weapon of its kind capable of conducting automatic fire in the underwater and air environment.

Combat swimmers, guard bases and coastal facilities, should be able to use such weapons and meet enemy saboteurs with long lines of needle-like bullets that were specially designed for underwater operations.

By the same principle, an underwater pistol of the original design was created, similar to the modern non-lethal traumatic means “Wasp”. He shot the gun with the same needles. 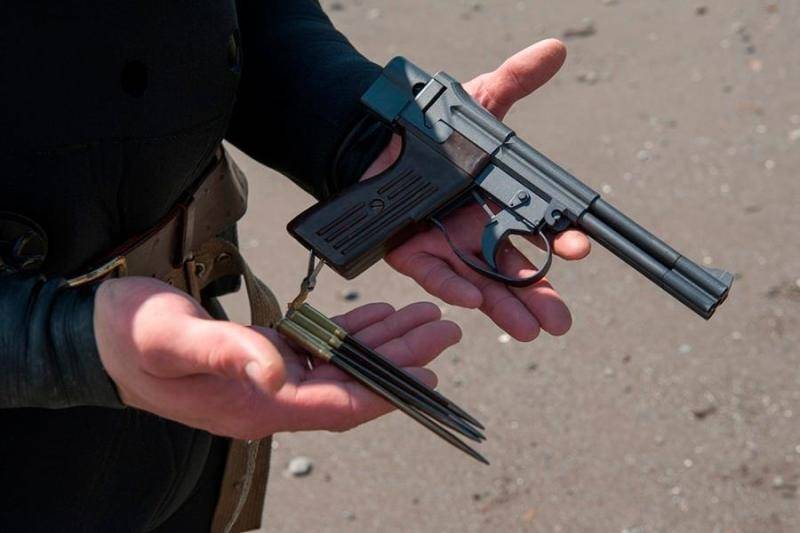 But the constant underwater watch of combat swimmers is not the most effective way to combat enemy saboteurs. It is clear that people can not be long in the water, in addition, in conditions of bad weather and storms, the efficiency of swimmers decreases. And the active movement of ships in the waters of the naval bases also does not contribute to the safe location of swimmers in the depths.

Therefore, to combat possible penetration into the ports, an arsenal of technical means is used.

One of the most simple, but quite effective - network barriers. Steel nets can interfere with everything underwater, from mini-submarines to underwater scooters or torpedoes. However, for well-trained combat swimmers, overcoming network barriers is not a problem.

The most important problem in the protection of important objects is the extreme difficulty of detecting saboteurs on the way. As a rule, combat swimmers use closed-circuit breathing apparatus for breathing, which do not give a unmasking effect in the form of gas bubbles coming to the surface.

Since it is difficult to accurately determine the location of saboteurs under water, a tool has been developed that allows working by area. 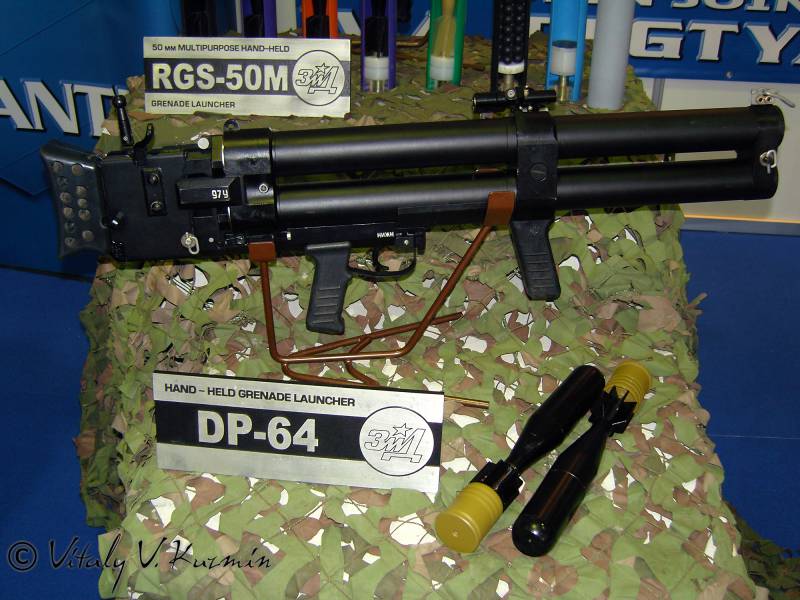 Special anti-sabotage grenade launcher DP-64 "Nepryadva", which exists in a portable and machine versions. The device shoots small grenades, the principle of which is similar to depth charges - they explode as soon as they reach a certain depth. Thus, under the threat of an attack from under the water, the waters of the naval bases begin to thickly fall asleep with such bombs capable of striking all life in a radius of ten meters.

In addition, acoustic mines are a very effective anti-sabotage tool. These are special acoustic stations that generate special frequency sound pulses. It is known that water is a much better conductor of sound than air, therefore, if you wish, you can arrange such a "concert" that the saboteurs will have nothing better to do than emerge and surrender. And any more or less effective protection against acoustic shock under water has not yet been invented.

Apply and high-tech tools, mini-sonar, which is installed on the approaches to the waters of the ports and piers, where ships are based. Small acoustic stations should detect the sounds that a person makes when moving under water, up to heartbeats.

However, if such an alarm is triggered, verification is required to make sure that these are really enemy swimmers, and not a similar object of marine fauna. But, as a rule, modern saboteurs use underwater vehicles, underwater scooters, which are much easier to detect.

There are projects to attract unmanned underwater vehicles to patrol the waters of the bases, but all these numerous projects are still in the experimental stage and far from their actual use.

Thus, the main burden of work to protect against saboteurs lies still on the shoulders of guard duty both above water and below its surface. That, in fact, is the main goal of the begun exercises. Moreover, we have to wait for unkind guests.

Ctrl Enter
Noticed oshЫbku Highlight text and press. Ctrl + Enter
We are
The Ministry of Defense is learning to fight in a new wayNovorossiysk: the fight against hurricane
14 comments
Information
Dear reader, to leave comments on the publication, you must to register.